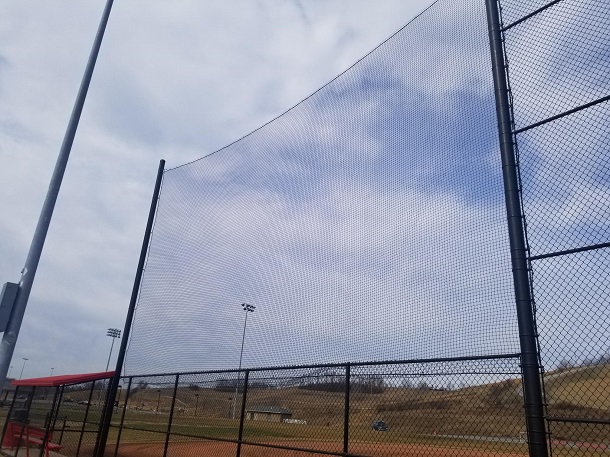 The most recent project involves netting at the new C-Ball field built at the far end of the existing outdoor portion of the Bridgeport Recreation facility. The new field was constructed to help provide space for youngsters when the old field was eliminated during the construction of the new Johnson Elementary School.
“When we built this field, the project has seen a backstop and the addition of an infield as well as dugouts and other needed amenities,” said P&R Director Joe Shuttleworth. “What we found out was the problem with that location and the age groups utilizing it was a lot of foul balls were causing problems.”
The problems involved balls going over the hill toward Route 131. Balls were also going over the first base side and going into a wooded area with not-so-easy access as well as getting close to those utilizing the walking trails. 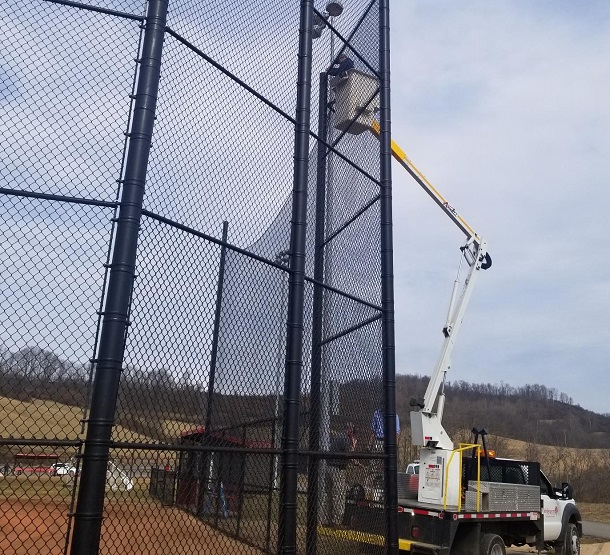 “Along with losing baseballs, it wasn’t an ideal situation because we have so many people utilizing the trail,” said Shuttleworth. “That’s what led to this project.”
The project involved the recent installation of netting from the backstop to the dugout areas along both baselines. The netting goes up 30 feet.
“The netting is the same height with the poles and netting that we have on the four-field configuration at the complex,” said Shuttleworth.
The P&R staff handled the cabling and netting installation. The poles needed for that were installed by Alco Fending. Shuttleworth said the project, which was budgeted for, cost $7,000. He added that improvements and maintenance will continue through all properties and programs under the direction of Parks and Recreation.
“It’s been a point of discussion from (previous director) Don (Burton) to myself, Council, the mayor, the administration and all involved that we maintain the same standard or higher in our system we’ve had as a general rule for as long as I can remember,” said Shuttleworth. “The goal is to have our properties nice, clean, fresh and usable for public consumption.
“One thing I’ve mentioned is that in spite of what is taking place with the indoor facility and what will eventually come in two years, we can’t lose sight of where we’ve been and what we have now,” he continued. “It’s our due diligence, and that of the city, to maintain the level of care we have to our entire system from City Park and Compton Park to the (Benedum) Civic Center and every other area we manage. You’ll continue to see quality care.”
Editor's Note: Top photo shows the finished product, while workers are shown below with the city putting the netting to the installed poles.