To say that COVID-19 has not impacted the numbers at the North Central West Virginia Airport would be misleading. To say the airport has not adjusted to situation would also, be misleading, Director Rick Rock alluded to Wednesday.
Rock addressed the Benedum Airport Authority about the number of passengers after a record year in 2019, and also praised his staff in handling COVID-19 and meeting safety protocols in place. 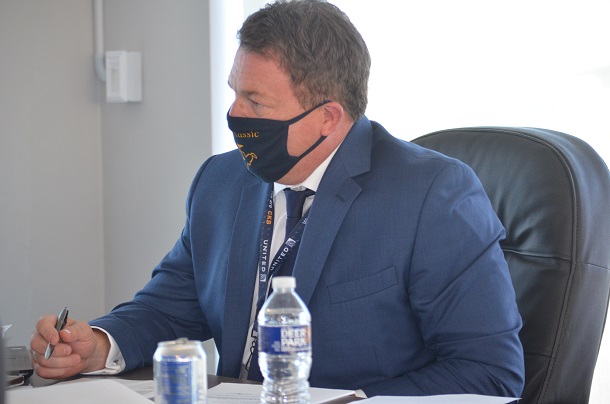 “We’re moving in the right direction … We’re doing better than a lot of airports are doing,” said Rock.
The numbers of passengers, or enplanements, of individuals flying out of Bridgeport reflect that. The total passenger number for October was the highest the airports has seen since June, when the airport was also offering seasonal destination flights to Myrtle Beach.
In June, the airport had 2,053 passengers fly out of Bridgeport. In October, the number was just barely 100 less than that with 1,948 passengers.
The numbers got a big boost from charter flights as West Virginia University’s football team, as well as some of their opponents, have been flying out of the Bridgeport facility. In fact, there were 856 charter passengers in October.
Rock said none of the numbers, which include 15,056 passengers flying out of the airport through October, would be possible without his 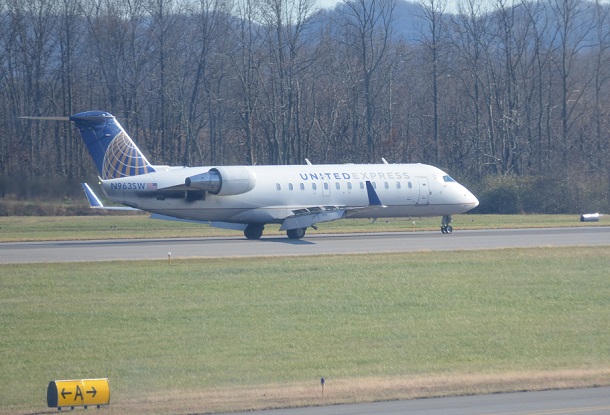 staff. He told members of the Authority, the airport’s governing body, that their work has been critical.
“I want to recognize the staff with some of their accomplishment through COVID and their operations. They really stepped up and took ahold of a lot of responsibilities,” said Rock.
One of those responsibilities was cleaning that included sanitizing aircraft for the first time ever.
“We operated over 480 flights, sanitizing every aircraft prior to departure, and maintained full staffing levels throughout the duration of the virus,” said Rock.
To date, Rock said there have been no employees call of during the shutdown created by the pandemic and the subsequent reopening. He said the efforts by employees has helped the more than 15,000 people that have flown out of the airport and roughly the same number that has flown in, be protected.
“What I’m most proud of so far, and God willing, CKB has not had one (case) of COVID and 30,000 people have through this airport this year,” said Rock. “I definitely think that’s a major accomplishment.”
Wednesday’s meeting was relatively short. The group met in executive session immediately afterward.
Editor's Note: Top photo shows NCWV Airport Director Rick Rock addressing the Benedum Airport Authority Wednesday, while the bottom photo shows a United Express flight arriving at the same time he was explaining the airport's strong COVID-19 mark throughout the pandemic.