It was in May of 2014 when the City of Bridgeport first learned it had received funding to extend part of its already extensive trail system. It was after that the city learned it had received even more funding for the project in questions.
Now, more than six and a half years later, the trail in question has never started. The good news, according to City Engineer Beth Fox, is that it will start sometime this year. 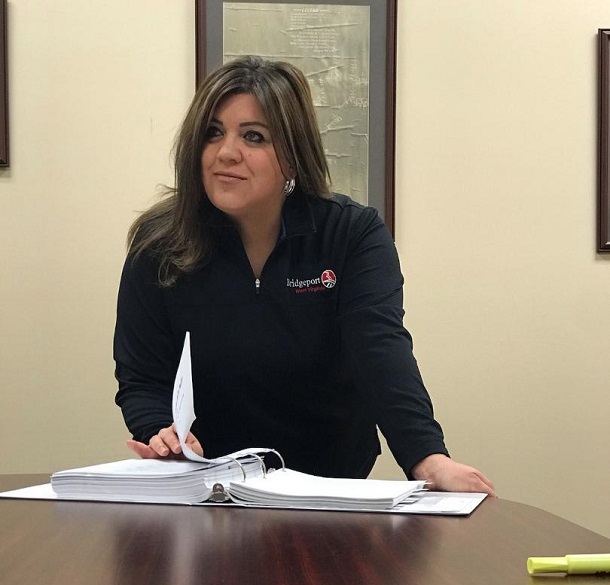 The project in question is the Virginia Avenue walking trail that will tie in that section of the city to the walking trails and Hinkle and Deegan Lakes. Fox estimates the Federal Transportation Alternative Grant, administered by the West Virginia Department of Transportation, is part of an $850,000 project.
“This has been in the works a long time,” said Fox. “This was awarded prior to my arrival (as city engineer) in 2017.”
It predates Joe Shuttleworth’s ascending to the role of Director of Bridgeport Parks and Recreation. At the time of the initial grant, which was $200,000 with the city’s match included, he was the assistant director and handling the grant writing.
Since then, issues with property acquisition around a busy and somewhat congested area of Virginia Avenue has led to years of delays. Those delays are nearly wrapped up, said Fox, who first brought this up to the Bridgeport City Council during her department presentation to the city’s governing body in November.
“We’re closing in on our acquisition of all the property needed to make this work,” said Fox earlier in December. “We have to meet with one final property owner to settle everything up.”
Fox said the process was cumbersome because there were six different property owners involved that had to have issues ironed out before progressing. That required surveys, appraisals, and meeting with property owners to present them with a fair market value on the land needed to make the project move forward. 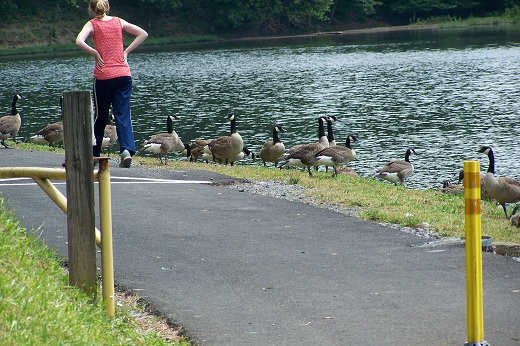 “This will safely tie in the lakes to the downtown and allow people to have walking and biking access to The Square (plaza on Virginia Avenue) and other development that may come,” said Fox.
As for starting, Fox said she is more comfortable putting out an estimate that any time since her arrival.
“My hope is that it will start next summer, but we’re at the mercy of the bidding process of the Division of Highways, which could move it back again,” said Fox.
While the WVDOH will handle the bidding as a division under the DOT, the grant will be managed by the City of Bridgeport. It is similar to other grants that have led to streetscape improvements in along Bridgeport’s Main Street corridor.
Although awarded in 2014, Shuttleworth said at that time the city had been exploring the project for a few years. The city was hoping to connect the trails at the lakes, described by Shuttleworth at the time as among the city’s most popular, with the rest of the network.
The project will utilize existing sidewalks in the downtown area. The bulk of the project will begin along Virginia Avenue just past the Post Office. From there, it will work its way past the top entrance of the old Valley Hills Shopping Center, now The Square at Bridgeport, and then toward the Burnside Funeral Home. Eventually, the new trail will go to the carwash at the corner of Virginia Avenue and State Route 58.
Editor's Note: Top photo shows City Engineer Beth Fox looking over plans for a project, while the bottom photo is a past look at a portion of the walking trail at the lakes.