For travelers utilizing flights from Bridgeport on United Express to Chicago and Washington, D.C., the airline has provided the North Central West Virginia Airport with a bit of a security blanket amidst the COVID-19 pandemic. 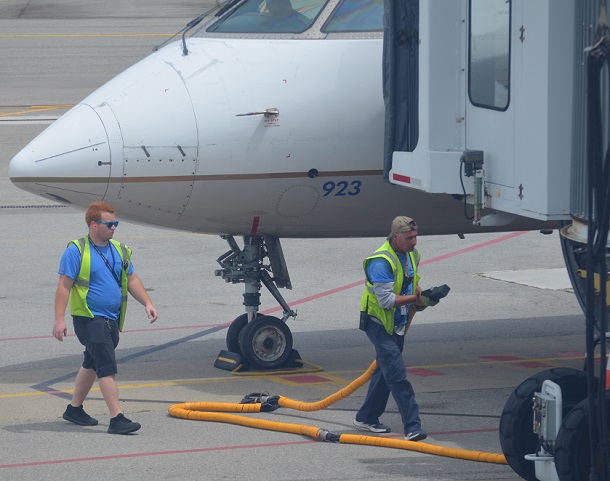 During Wednesday’s meeting of the Benedum Airport Authority, Airline and Security Supervisor Josh Minear showed the governing body of the airport a new tool to help disinfect the United jets utilizing the Bridgeport facility. The tool in question is an electrostatic disinfect sprayer.
“This is a handheld batter sprayer,” said Minear. “What it does, is there’s a cleaning solution you spray … on the surfaces.”
The solution helps in keeping bacteria and viruses from adhering to surfaces. The lightweight piece of equipment can cover 4,000 square feet during one cleaning as it is cordless. 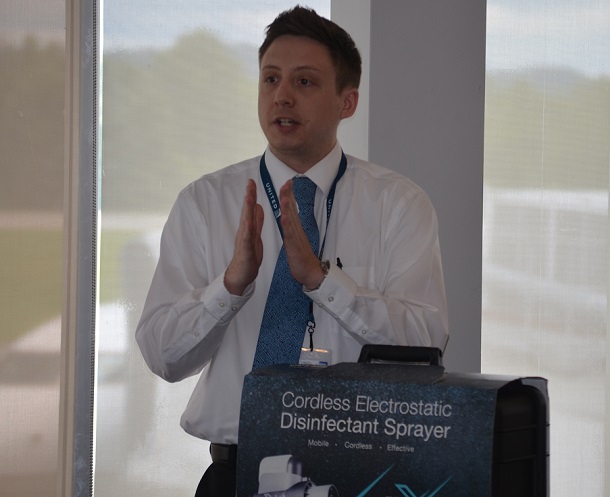 A United Express flight Wednesday afternoon was the first to be sprayed. Minear said it will not be the last.
“Each flight that comes in and out of here is going to be sprayed with this,” said Minear.
Currently, United has supplied the airport with one sprayer, which NCWV Airport Director Rick Rock said is part of United’s cleaning protocol during the pandemic. Minear said the sprayers come at a cost of $1,500. The chemical spray is $55 for five gallons.
The cost of the sprayer was covered by United. Minear said the only cost the airport would incur on the sprayer itself is if they would break it and need to replace it.
“We’ll get a second one in about a month,” said Minear.
For those wondering why it is not being used on the Allegiant flights to Myrtle Beach and Orlando, Rock said each airline has a different protocol for 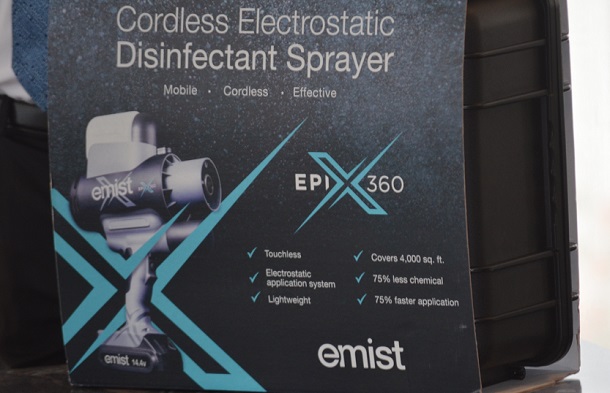 cleaning. This sprayer is part of United’s protocol. However, Rock did say he is not opposed to looking into doing the cleaning on Allegiant’s flights if granted permission.
“Allegiant has their own procedures, but with their permission we would consider it,” said Rock.
More from Wednesday’s meeting in the days ahead on Connect-Bridgeport.
Editor's Note: Top photo shows NCWV staff prepping a United Express flight - the first to use the disinfectant sprayer - Wednesday afternoon. Second photo shows Josh Minear explaining the process to the Benedum Airport Authority while a closeup of the box housing the piece of equipment is shown below.