With New Year at Hand, Airport Officials Recently Talk of 2018 and Historic Numbers on Multiple Fronts

No one has to tell North Central West Virginia Airport Director Rick Rock or Airport Authority President Ron Watson about tough times at the Bridgeport facility. Both were on hand when things were about as dismal as it could get from a flight operations standpoint following 9/11.
Perhaps that’s why Rock was thrilled to report to the Authority, the airport’s governing body, that 2018 was a historic year. Rock’s discussion, 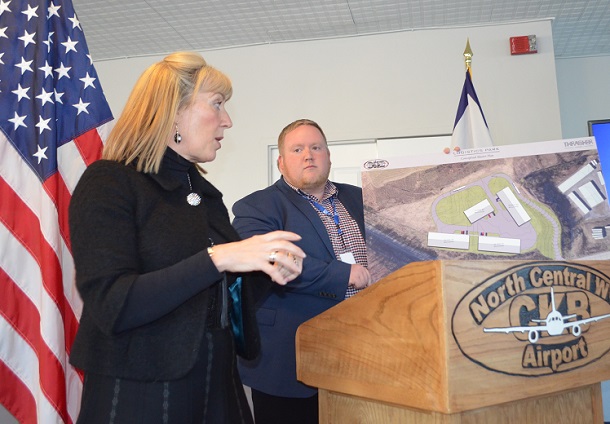 which saw Watson with a pretty big smile on his face, came during the Authority’s final 2018 meeting back on Dec. 19.
“At one time it was always about that we needed to get to 10,000 enplanements. I’m excited to say that, up through Nov. 30, we were just nine (passengers) short of 35,000 enplanements,” said Rock, which is a 52 percent increase over last year.
As of the end of the year, the numbers are likely higher. As of Wednesday, Rock did not yet have definitive numbers for the year, but said they were above 38,000.
The reason Rock mentioned 10,000 wasn’t arbitrary. The number of passengers needs to be reached in order to qualify for $1 million in FAA AIP (Airport Improvement Projects) money that is awarded by reaching that passenger total.
“We just broke a 40-year mark,” he said. “We hadn’t broken 30,000 enplanements since 1979 and certainly haven’t been at 35,000 since 1978. Our next goal is surpass the number that I have looked at for years – 42,000 – which we did in 1978.” 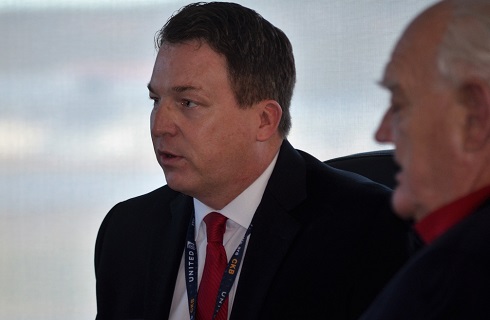 It’s amazing to consider how the enplanements and overall health of the airport is since after 9/11 when passenger number plummeted and revenue was scarce. The fact didn’t escape Watson.
“It seems like yesterday that this airport had to be subsidized by the Harrison County Commission and the Marion County Commission,” said Watson. Both counties jointly own the airport.
Now, that’s not necessary. The enplanements have jumped thanks to charter flights, the destination flights by Allegiant and the suddenly reliable and daily jet service through United Express operating under the Skywest banner.
“We have a healthy airport,” Rock said about the financial situation. “Cash has increased 41 percent compared to November 2017. Our fuel sales are up 19 percent versus 2017 and we have a 26 percent increase year to date. Our car rentals are up 172 percent and 135 percent for the month and for period to period. Ground handling and cargo handling revenues are up.”
After Rock talked, he turned the floor over to NCWV Airport Deputy Director Shawn Long and Mid-Atlantic Aerospace Complex (MAAC) Director Tracy Miller. Long said something that some may take pride in for not only Bridgeport, but the entire region.
“We are considered the only growing airport (in the state) from 2013 to 2018,” he said.
Miller also talked about MAAC working with the NCWV Airport to help things continue to prosper. MAAC serves as the umbrella group that works together with the massive aerospace presence many are unaware of in Bridgeport, but provides an economic impact of more than $1 billion to the region.
The meeting was also a dual meeting in December. Along with the Airport Authority, the Board of Directors of MAAC were also in attendance at the session.
Editor's Note: Top photo shows Tracy Miller of MAAC, left, with NCWV Deputy Director Shawn Long during the year-end presentation made to the Airport Authority. Second photo NCWV Airport Director Rick Rock and bottom photo shows Airport Authority President Ron Watson.