By Connect-Bridgeport Staff on September 07, 2020 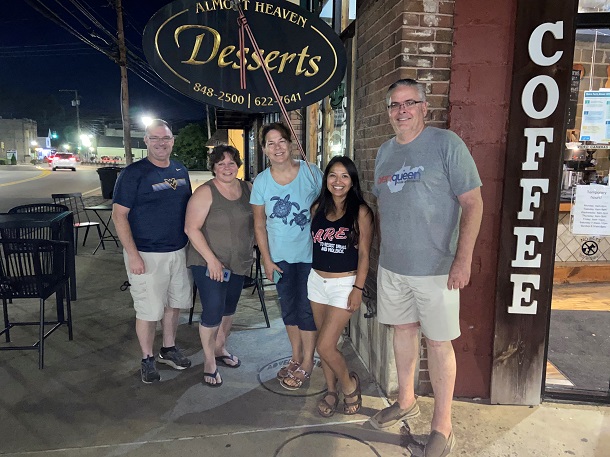 On my way up to Seneca rocks, I stopped at Yokum’s Grocery to grab a sandwich to take up with me. I spotted a group of girls and asked them if they were on their way up the trail or if they had already come down. They were just heading up, so I asked them if I could tag along so that I didn’t have to hike alone. It turns out the girls were visiting from Virginia and they were in the United States because they are all au pairs. So there I was, an American girl, hiking up to Seneca Rocks in West Virginia with two girls from Mexico, two girls from Columbia, and one girl from South Africa. It was so bizarre yet incredible. I felt like 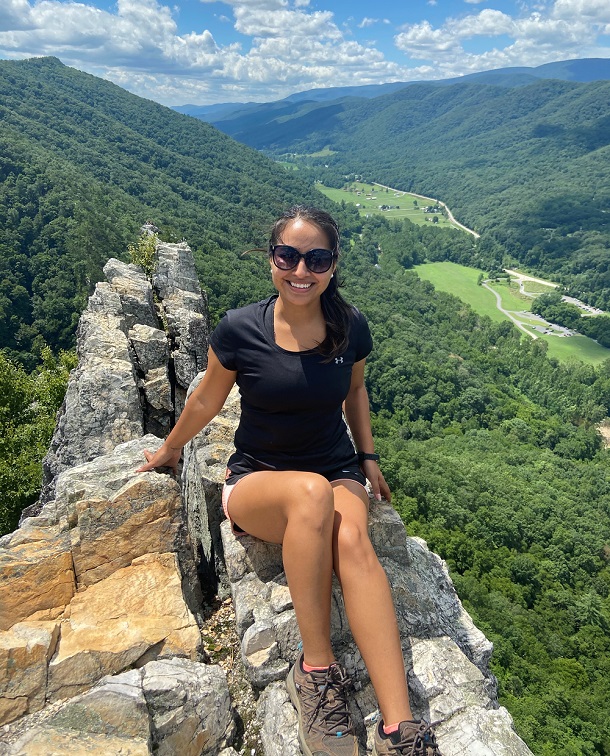 the luckiest girl on the planet to be sharing this experience with them. We exchanged stories and laughs and before any of us knew it, we were at the summit. Once we were back down we exchanged phone numbers and Instagram accounts and they headed back to Virginia and I headed back to my hostel in Elkins, West Virginia.
Once I was back at the hostel I looked up the best dessert in West Virginia and the top Google search said that the best could be found at Almost Heaven Desserts & Coffee Shop in Bridgeport, West Virginia. I was an hour away and after a good amount of time considering if a cannoli was worth an hour drive, I got in my car and headed in that direction. When I finally arrived I found the door locked.  Because of Covid, the owners were closing an hour earlier than what was published online. My heart sank. I saw there were still employees inside and I called them and begged them to let me place an order. Not only did the amazing staff let me still get a cannoli, they even let me order a salad for dinner. It was apparently meant to be.
Once I had my food, I sat outside of the cafe and Bridgeport residents, Mike Queen and his friend Beth Fox, struck up a conversation with me. I shared with them that I was making it my mission to visit all 50 states and that West Virginia was number 37. I sat outside of that 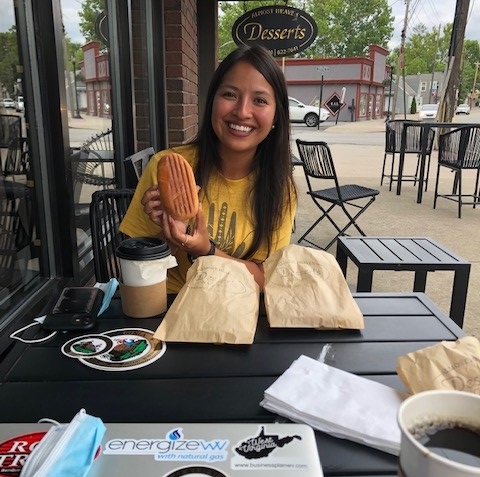 cafe for two hours chatting with them while more of their friends joined our conversation. I told them that I really wanted to go to the New River Gorge Bridge the next day, but that I might not get to as it was supposed to thunderstorm all day in that area. Since I was disheartened, as the bridge was one of the things I was looking forward to the most out of my trip to West Virginia, Mike gave me ideas on other things I could do in the area and my new group of friends invited me to hangout with them again the next evening if I ended up staying in the area.
The next evening I met Mike, his son Ben, and their friends again for dinner. They explained that while in West Virginia it was a must to try the "pepperoni roll" as they told me the history of how Italian immigrants made them as a means of a fast, convenient lunch that connected them with their homelands. Generations later, WV still takes pride in their pepperoni rolls. This story served as just another example of how these residents and this state is rich with beauty inside and out.
In the end, I didn’t end up seeing the New River Gorge Bridge, instead I had dinner with Mike, who turned out to be someone so in love with the town that he lives in, that hearing him speak about it just humbled me. Also joining us was his son Ben, who turns out is a delegate for the state of West Virginia and is running for another term; Beth, who grew a devious smile when she sweetly attempted to be a match-maker between Ben and me; with Suzy Cotter, a delightful woman who just exudes warmth and motherly 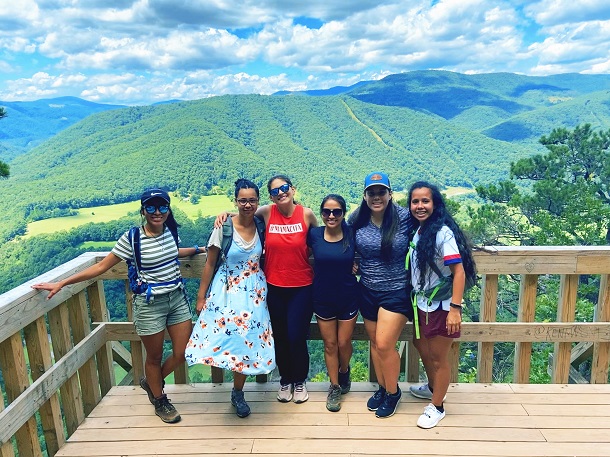 love; with Jan Johnson, who was enraptured by traveling tales and was filled with delight and wonder; and with Lt. Colonel Wade Johnson and Chief Warrant Officer II Jim Smith, who proudly serve in the Army National Guard.
I didn’t end up making it to New River Gorge Bridge, but I traveled the better road. I won.
They say we should go out and love our neighbors, I couldn’t agree more. In a couple of small towns in West Virginia I met girls from three different countries who I can’t wait to see again, and I met locals who took me in and made sure I got to see the best of West Virginia. The United States has a lot to work on, but don’t we all? But after finding so much beauty, both in landscapes and in people, in these last 37 states...there is no doubt in my mind that we live in the best country in the world. Thank you West Virginia for reminding me of that.
I went to West Virginia alone and with no expectations, I left West Virginia with 11 new friends and a full heart.
West Virginia, mountain mama ??
Until next time XOXO,
Angelica Ortiz
Editor's Note: Top and third photos show Angelica Ortiz at Almost Heaven Desserts with some locals and some local pastry. Second and bottom photo show Angelica, and friends, taking in some of West Virginia's beauty. Photos courtesy of Mike Queen.