A Little Know-Howe: How WVU Could Pull Off Today's Upset Against Iowa State 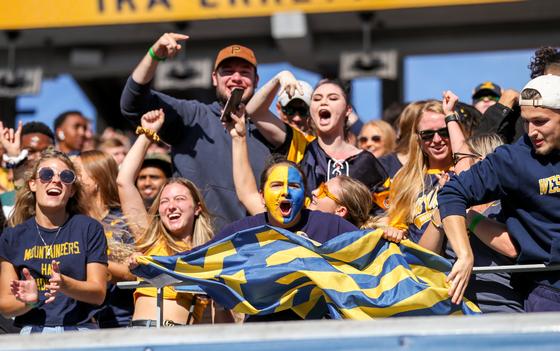 The gauntlet of October continues today for the West Virginia football team.
After giving 11th-ranked Texas a scare for much of the game last week, WVU will now get a shot at Iowa State coming up at 1 p.m. today at Milan Puskar Stadium.
Like last week, the oddsmakers don’t give West Virginia much of a chance.
Iowa State enters as a double digit favorite. Just the fifth time in 18 years that ISU is a double digit road favorite.
Even more rare…WVU as a double digit home underdog in back-to-back weeks.
I went back 26 years and was unable to find another example.
So, what will WVU have to do today to pull the upset that it couldn’t do last week?
Start with the obvious…turnovers and special teams. That is true in nearly all college football games, but has been especially key for this year’s Mountaineers.
Last week’s four turnover performance just simply won’t get it done. Add in two missed field goals and it’s actually impressive, if not downright surprising, that WVU hung around so long in that Texas game. 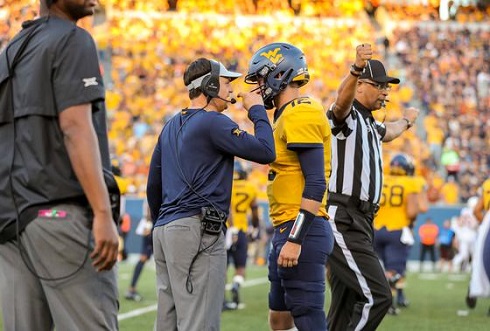 Both areas have to be cleaned up to have any shot this week.
You may remember the job Iowa State’s defense did on the high-flying West Virginia offense last year.
WVU had no answer. In what was West Virginia’s first loss of the season, we saw Will Grier and those talented WVU receivers struggle mightily.
Will Grier threw for just 100 yards on the night. Easily the worst performance of his WVU career.
The Mountaineers couldn’t run the ball either, managing just 1.9 yards per carry.
The West Virginia offensive line was completely overwhelmed as well, giving up seven sacks and nine tackles for loss.
Iowa State returns many of those same defensive players, including Greg Eisworth. You may not remember the name, but you probably remembers seeing number 12 all over the field causing havoc last year.
The Cyclones use Eisworth in multiple ways. He’ll drop in coverage, come up to help against the run and of course come after the quarterback on blitzes.
Can Neal Brown and this offensive staff come up with a better plan of attack than last year? And maybe more importantly, can Austin Kendall implement that plan?
This staff has shown it knows what it’s doing and can mix in wrinkles to help move the ball. In order to have success today, Kendall will have to have his best game of the year.
Not only will he need to fix the mistakes from last week, but he will need to recognize what this ISU defense is trying to do and then attack the spots where it is vulnerable. Easier said than done as we saw last year.
The October schedule cuts West Virginia no slack. After today, the Mountaineers will get Oklahoma and Baylor, both on the road.
After wasting an opportunity to steal a win from Texas, WVU could use a big win today at home against Iowa State.
NOTE: For more on the Iowa State - WVU game, I invite you to listen to our nine hours of gameday coverage on the Metronews Radio Network. I will be joined by Hoppy Kercheval, Greg Hunter, Kyle Wiggs, Dave Weekley and former WVU defensive coordinator Steve Dunlap.
You can listen to our coverage beginning at 1pm on radio stations throughout the state or by streaming live at: WVMertronews.com
Find your local affiliate here: http://wvmetronews.com/gameday/
Editor's Note: Photos are by Ben Queen Photography, taken during last week's game against Texas.