It is one of the most anticipated events of the summer and has been for decades. And now for the first time in decades the event is being delayed.
According to organizer Travis Jones, the annual Wayne Jamison-Mary A. Reppert Memorial Scholarship Golf Tournament is being moved to another date. 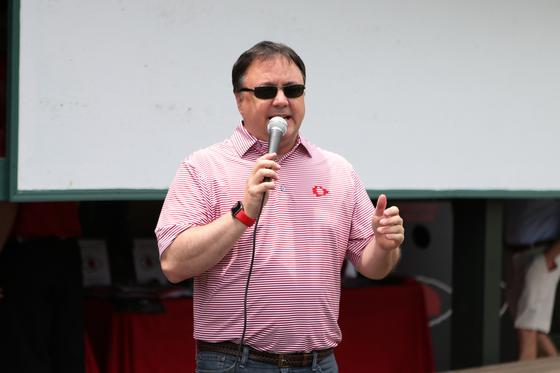 “I’ve had several people contact me to know when the event is taking place and if the event is taking place,” said Jones, who also serves as the “Voice of the Indians” on various BHS sporting contests. “For anyone that asked it is taking place as of now, but not as originally scheduled.”
Jones said the date was initially planned for June 18. It has now been moved to July 16.
“We know golf courses are still open with social distancing implemented, but from a standpoint of being comfortable with the entire event this was a good thing to do and we think the right thing to do,” said Jones. “As of now, we anticipate things to be on for the tournament as we are hopeful things will be good enough restrictions will be lifted.” 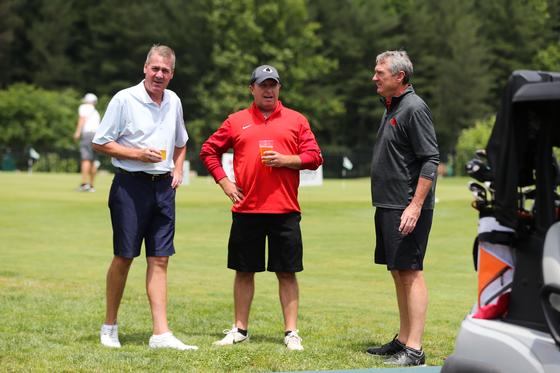 While golfing may be allowed, parts of the event that make it special would not be allowed now. Prior to the start of the event, a crowd usually in excess of 100 individuals gather and talk in large groups. The tournament itself is followed by a steak dinner that also usually draws a crowd inside the Bridgeport County Club – where the event will be held once again – as part of the after activities that also features a silent auction.
“Even if restrictions are lifted, we’re planning to try and make things comfortable for people. We’re looking at some outdoor dining to limit the crowd inside and we’re also going to offer taker out if that makes people more comfortable,” said Jones.
Jones said if restrictions are still in place regarding the number of people able to be in golf carts that will also be recognized.
“Pending further developments, the July date is a go,” said Jones. “We’re not registering teams as of now, but we want those who 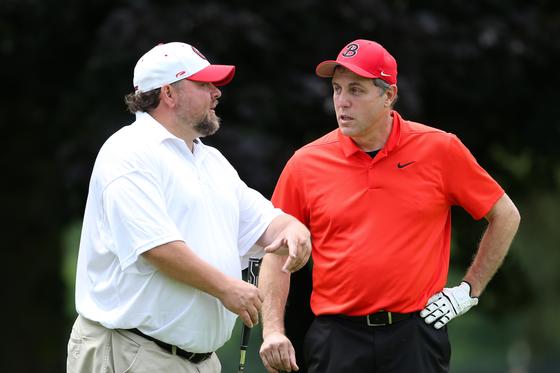 participate to mark the date on their calendars.”
Jones said a reminder mailing is planned to be sent out in June. He said it will go to past participants of the tournament. As always, the tournament is open to anyone.
For nearly two and a half decades, the tournament has honored Jamison and Reppert, both of whom have passed. Jamison was the legendary BHS football coach who won four state championships, while Reppert, affectionally known as “Memaw” by her students, was a long-time educator at BHS and a steadfast supporter of the football program.
The tournament raises funds in their honor. Scholarships are presented annually to BHS football players in their names.
The tournament will have an 11 a.m. registration. A shotgun start will kick things off at noon.
Check back to Connect-Bridgeport for regular updates on the status of the tournament. If you have questions or would like to be included in the mailing, contact Jones at 304-625-1420.
Editor's Note: Travis Jones is shown at the top, while golfers are shown from last year's event that was interrupted by rain. Photos by Ben Queen Photography.