It's Happening: Doppler the Weather Dog 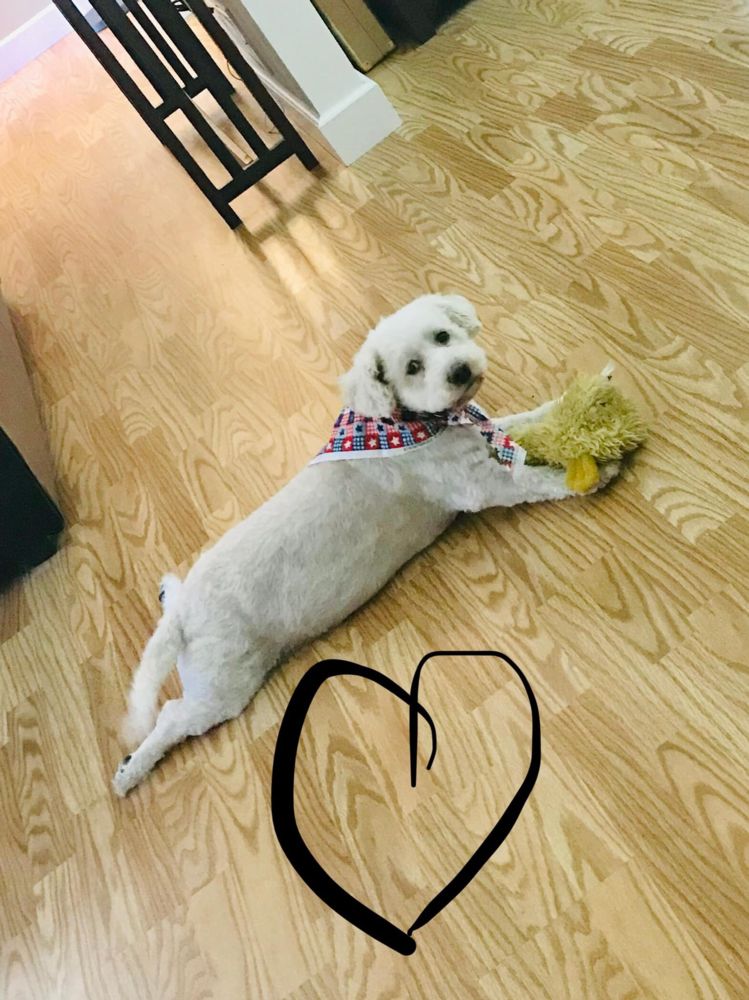 For about 15 years, Doppler has been the beloved family pet of Cassie, Brant, Alex and Tory Busdeker. She has seen them through the ups and downs of life - and as all of you dog people out there know - has been a true member of their family.

Recently, they had to say goodbye to Doppler - and as not so common when a pet passes - they have received condolences from all over the country.

That's because this little white Doppler the Doodle was for more than two years in the public eye. You may remember seeing her on WDTV's morning weather show.

Let's flashback to about 2007 when the local news station was working with the Humane Society of Harrison County to promote pet adoption. It was the idea of WDTV General Manager Tim DeFazio to not only bring a shelter pet on air but make her a permanent fixture on the weather show.

The Busdekers had recently lost their own family pet, so Cassie thinks that might have played into DeFazio's plan for her to take care of the weather doggie at her home. She and her family liked the idea, so Cassie and her little daughter Alex went to the shelter to pick out a dog. But what actually happened is that a little white Doodle - believed to be about 2 years old at the time - picked Alex. She was a little skittish and had apparently been chased in the outskirts of Shinnston to be brought into the shelter and cared for. But when she met Alex and Cassie, it was if she knew her life was about to change. And that it did. 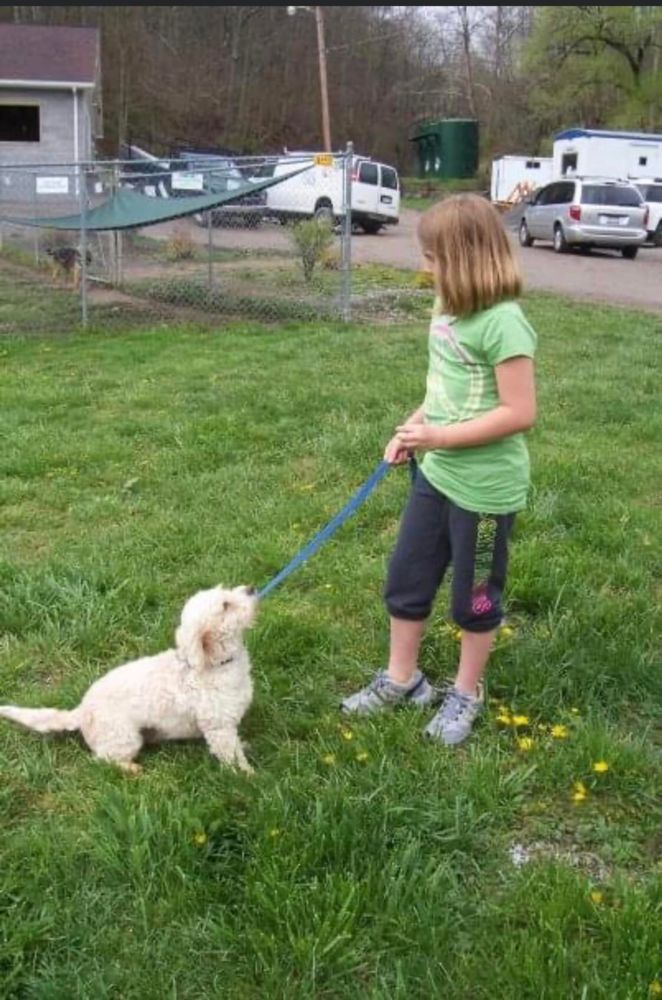 The new member of the Busdeker family was named Doppler - like the weather radar instrument that sends pulses of electromagnetic energy to find and study precipitation. Obviously, Doppler (the dog) couldn't predict the weather, but she could sure send out on-air energy and it was met with great positivity.

"Whitney Kent (Book) was our morning meteorologist and she loved Doppler and Doppler loved her. It was a perfect match," said WDTV Creative Service Director Alan Dye. "I remember people liking the fact that she was a rescue and she and Whitney had such a good rapport. I think that came across on the air."

Whitney said DeFazio's idea to "jazz up the weather" was a good one.

"Bringing in a dog really helped. Morning (broadcasts) were more lighthearted than evening or weekend news. Doppler and I got paired together and it was a perfect match. We really were a team."

It was not only fun for the viewers, but also for the WDTV employees, Alan added.

"The staff certainly liked her and it just kind of picked up everyone's spirits, having a dog around," he said.

Cassie said she would drive Doppler to work for her 5:30 a.m. shift, then go back home until it was time for her own workday to start. 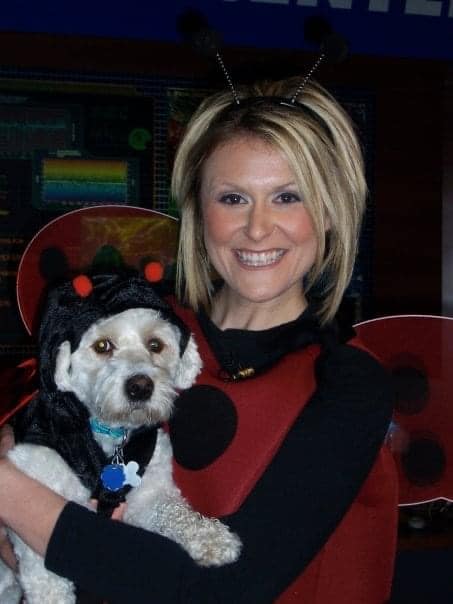 "Doppler was there until the end of my shift. She followed me around the station and was on air with me during the noon show," Whitney said. "She was one of those companions who was really loyal - wherever I went, she went."

That included live shots at events, such as the Strawberry Festival and West Virginia Italian Heritage Festival.

Cassie said Doppler certainly "loved her some Whitney" and Whitney said the feeling was mutual. In fact, when she left WDTV to take a job in Knoxville, Tenn., it was bittersweet.

"It was really hard for the mere fact that I was leaving my first job. I loved WDTV. But I also loved Doppler. So many people thought I left my dog here," Whitney said.

Doppler went on to work with other news personalities for a short time, thereafter enjoying early retirement and continuing to love life with the Busdeker family.

"To my memory, she was the first and only weather mascot," Alan said. "It was a tremendous thing Cassie did for the station. Everyone enjoyed seeing Doppler. It was a neat thing. And I was certainly sad to hear the news that she had passed." 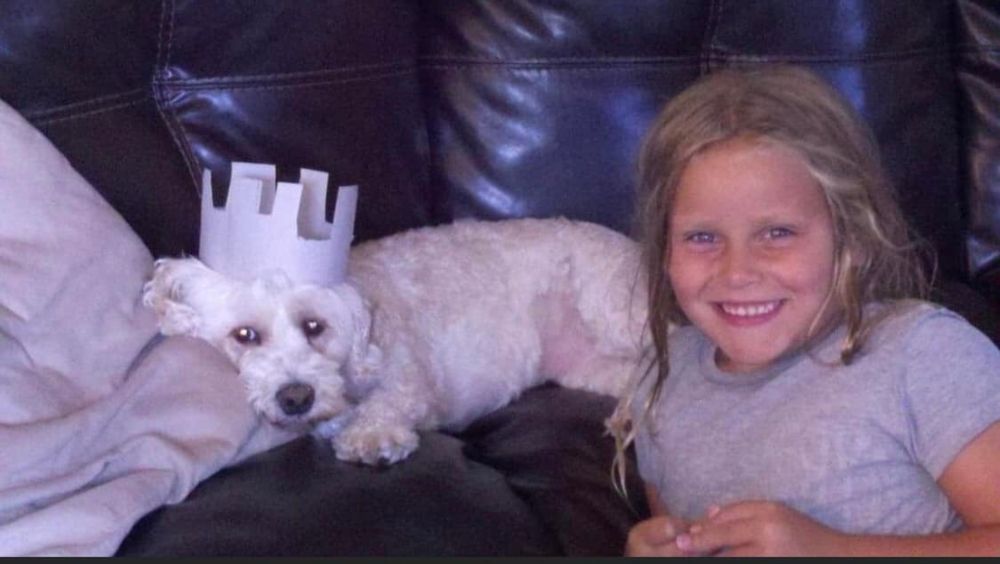 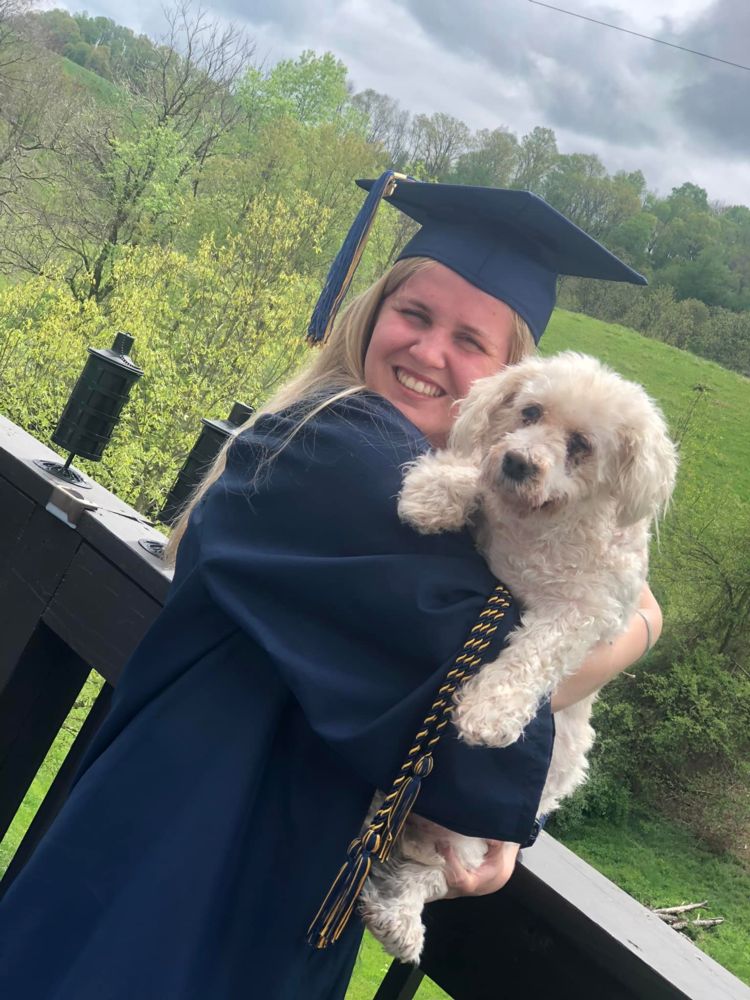 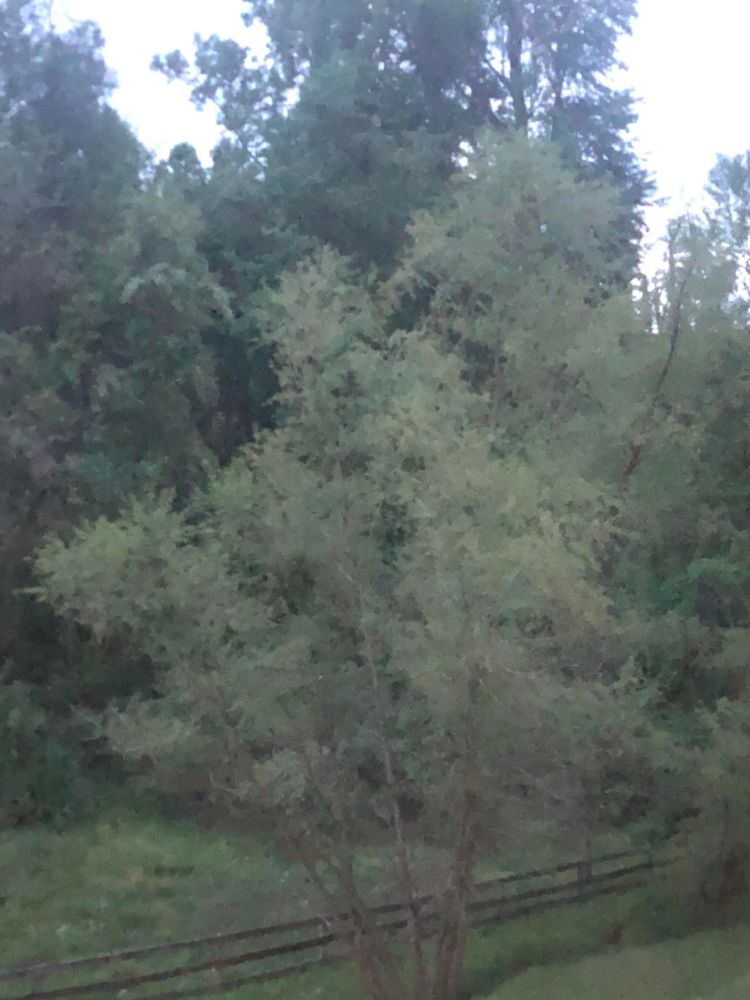 Doppler "crossed the rainbow bridge" just a week before Alex's college graduation. On the day of her celebration, the family spotted a surreal image in their backyard.

"I think she's still watching out for us," Cassie said.
Editor's note: Doppler is seen (from top) with Alex Busdeker the first day they met; with former WDTV meteorologist Whitney Kent Book, with Tory Busdeker and with Alex just prior to her college graduation.