It's Happening: A Silver Medal and a Golden Act of Kindness 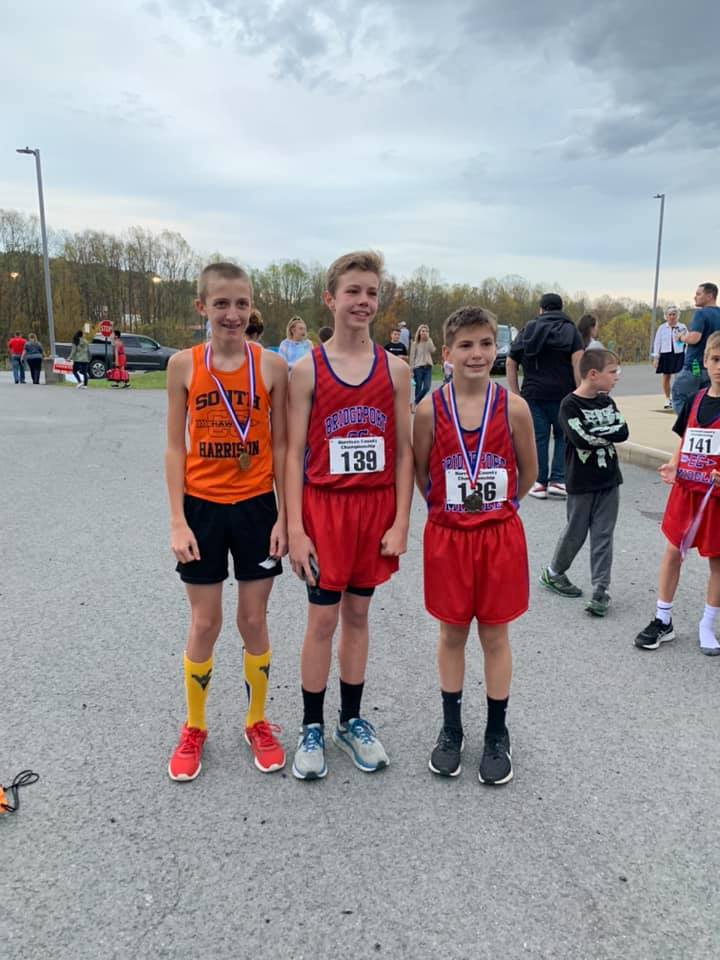 The middle school cross country season culminates with the county championship; the highest level of competition for that level of runners. Bridgeport Middle School Coach Amanda Bailey said her athletes had worked very hard this season for a chance at nabbing a top spot in the Harrison County-wide event, held Monday, Oct. 21 at Mountaineer Middle.
Two of her runners, Sam Dodson and Jacob Barrick, had been neck in neck during the regular season, one or the other often taking first place. Bailey said it was more than likely that one of the athletes would win the county meet and perhaps the other would place second. But that’s not the way it turned out. What ultimately happened was something that none of the athletes or spectators would soon forget.
It was Jacob in the lead, followed by Sam and then South Harrison’s Spencer Nolan. The athletes crossed the finish line in that order, but there was an eruption of disappointment and frustration when it was announced that Sam had been disqualified. A spotter had reported that he cut a corner on the course. In all the years she has coached cross country and track – including seven at BMS – Coach Bailey said she has never seen a runner disqualified at a county championship. She didn’t believe he deserved the penalty and said other runners agreed the course wasn’t clearly marked.
“Sam was so disappointed. His heart was broken. He had put in so much work,” she said.
The coach stood behind her athlete and the call was protested. Sam had the chance to talk to the officials, conducting himself in a very respectful, mature manner.
“It was a very controversial thing and we fought it,” she said. “Officials really struggled with the decision, but we had to take the word of the person they put on the course.”
Though BMS had won the team competition – against Mountaineer Middle, Lincoln, South Harrison, WI and Notre Dame – there was a widespread air of disappointment and frustration, Coach Bailey said. 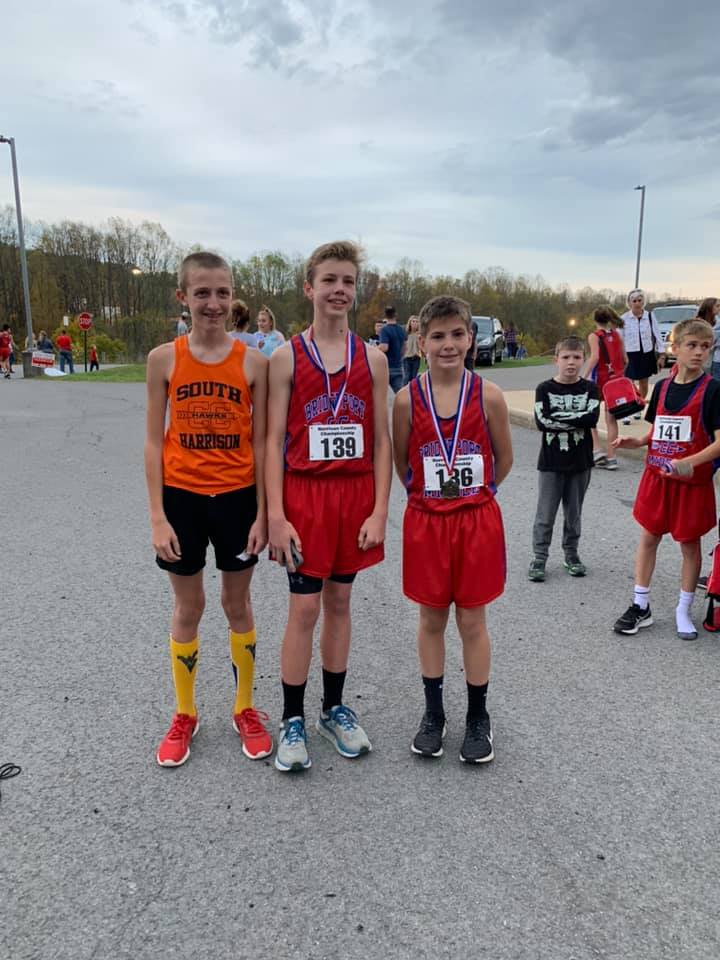 But in an instant, those feelings were swept away with one selfless, very kind gesture.
“Just before the awards ceremony, Spencer came up to Sam and asked him to stand right there. I kind of knew what he was going to do,” said Sam’s dad Jeff Dodson. “They gave the kids their medals and as soon as it was done, Spencer ran over and put his medal around Sam’s neck and told him he deserved it. There were already emotional tears flowing. It was quite a scene. You can tell Spencer is a good kid and it meant a lot to him to do that for Sam. It’s hard to describe. It was a very selfless act on his part, very nice and gracious.”
A disqualification is unusual, but what was witnessed Monday at Mountaineer Middle was even more unusual, Bailey said.
“It was a very teary-eyed moment,” she said. “We were believing in our runner and this kid had followed right on Sam’s heels the whole time, directly behind him, and said he didn’t agree with the ruling and that Sam deserved it.”
Spencer Nolan is also a great runner and had put the time, effort and determination into the county championship.
“He worked his tail off, too. He’s a great runner, but what makes him exceptional is his character,” Bailey said. “I’ve never seen anything like it.”
“It was a very sad night. Even though we had won the championship, we were heartbroken for our friend and member of our team family. One kid’s sweet actions changed the entire dynamic for everyone. They left with kindness and joy in their hearts.”
It’s true, said Sam’s mom Sarah Dodson. One kind act can turn things around.
“I think sometimes things happen so you can exercise those muscles – to extend yourself and be kind and vulnerable,” she said.
The top three runners are all longtime friends and have engaged in school activities together for years and friendly competition for the past few.
Another tidbit is that when Sam started running in the sixth grade, he was typically behind the pack, but through much hard work, training – and lots and lots of miles – he became a competitive athlete, which he plans to continue throughout high school.