It's Happening: Backstory of "The Jesus Picture"

By Julie Perine on September 15, 2019 from It’s Happening 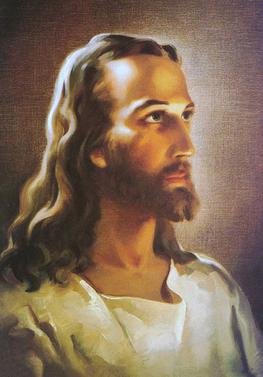 In June of 2006, Bridgeport, West Virginia made national news when “the Jesus picture” was stolen from Bridgeport High School. Just days before, a lawsuit had been brought through the American Civil Liberties Union/Americans United for Separation of Church and State to remove the portrait, which hung for more than three decades in the BHS hallway just outside the principal’s office.
According to Bridgeport Police Detective Gary Weaver, the picture was never recovered and though several locals were questioned and fingerprinted about the theft – which was caught on school surveillance cameras – the person responsible was never identified.
“We actually have comparable prints and are just waiting to get a match somewhere,” Weaver said.
It was about a month after the picture disappeared, said former Harrison County School Board President Mike Queen, when the ACLU withdrew the lawsuit, but there’s an interesting backstory about the events which happened between the time it was filed and the time it was withdrawn.
That story, like so many I share here on Connect-Bridgeport, reflects the support of this community.
The lawsuit came about after Harold Sklar petitioned the Board of Education to remove the picture - a print of Warner Sallman's "Head of Christ" - because he said it violated the separation of church and state. The board of ed’s vote resulted in a tie, so the picture stayed and the lawsuit was brought.
“During that time is when Jay Sekulow, who is now President (Donald) Trump’s attorney, represented a group formed to keep the portrait up,” Queen said. “We decided that even if the picture had to come down, we would go down with a fight.” 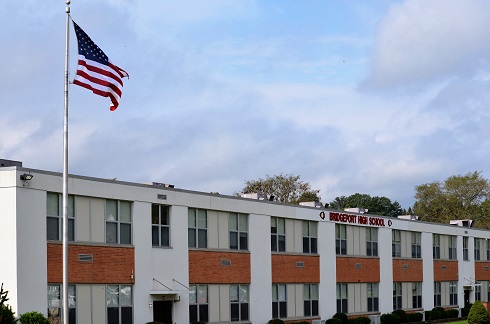 The board needed to raise $150,000 to retain Sekulow to fight the suit and majority vote was needed to proceed.
Board member Jim Reaser said if the board could raise the $150,000 in six weeks, he would join Queen and board member Doug Gray – both who were in favor of keeping the portrait up and following through with necessary actions to make that happen.
Through the efforts of many, that goal was accomplished. In fact, Queen said, when the total was tallied, there was $151 thousand and some odd dollars.
“Mr. Reaser had tears in his eyes and said this is a sign,” Queen said.
Money had arrived from all over the country.
“Dolly Parton donated money and (BHS graduate Mayf Nutter and his classmates – class of 1956 who were having their 50th BHS reunion – raised money,” Queen said. “We 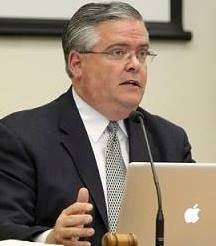 also received a check for some specific amount - $8 thousand, some odd dollars and cents – from an older lady. She said her husband had passed away a few years earlier, leaving the account, and she never knew what to do with it. She said she had decided to close it out – that he would have wanted her to donate it to this.”
Queen said there are many incredible stories and that the youth of Meadowbrook Church of Christ were also valiant in their efforts to raise funds.
It was the historical value of the portrait we thought was going to be the case,” Queen said.
The picture originally belonged to the school’s first guidance counselor, Arnold Henthorne, who 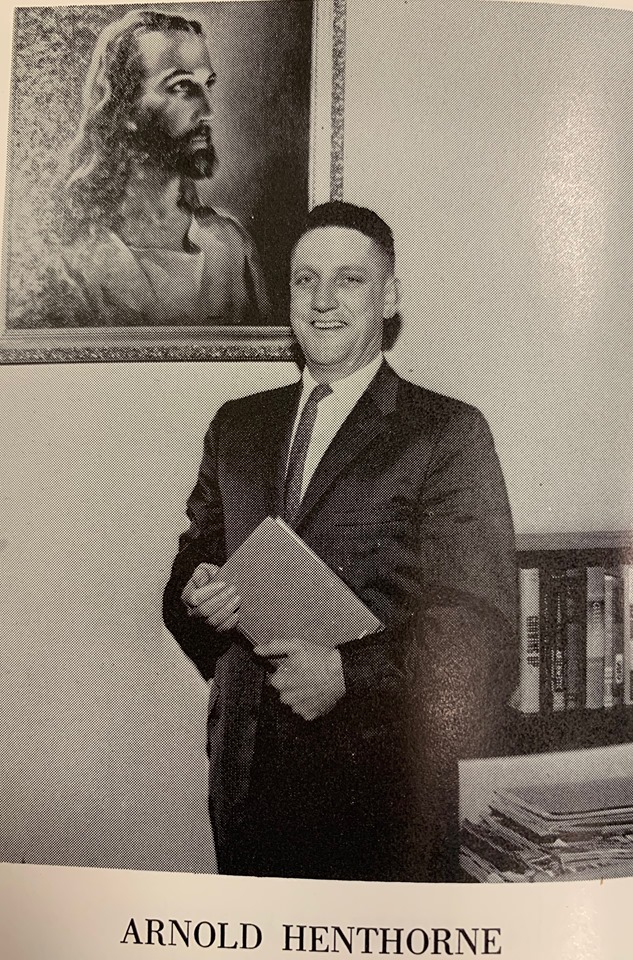 was also a preacher and owned a Christian book store in Adamston. The portrait hung in his office at BHS. When Mr. Henthorne either retired or transferred, he left the portrait in the office, which was next occupied by Hugh Gainer, who was actually a BHS student during the early- to mid-1960s -during Henthorne’s stint as counselor.
“I took the picture down and placed it in my big outer room,” said Gainer, who began at BHS in 1976. “Then, close to the beginning of the school year, we had some vandalism in the school. The picture to the right of the office door was damaged.” 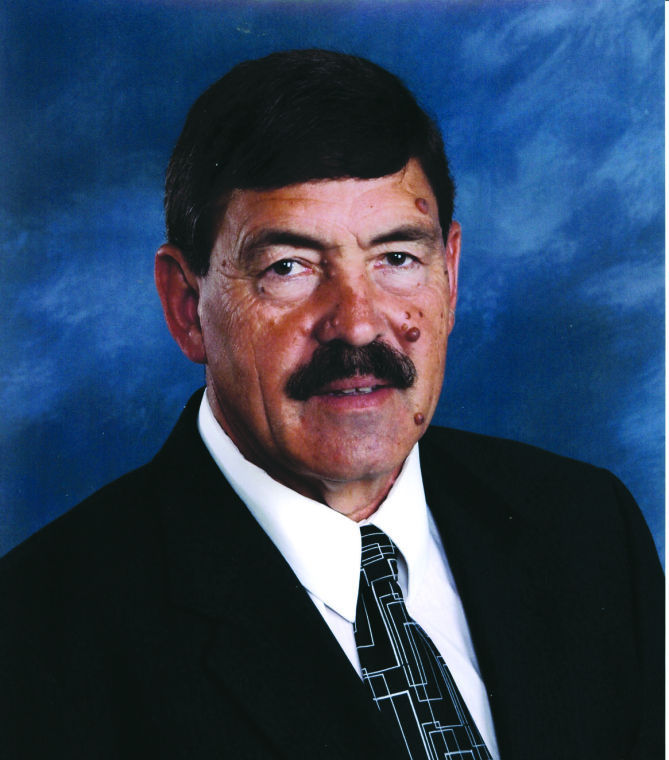 That picture was of Mr. Jay, who had served as BHS principal for a short time.
When the damaged picture was taken down, there was a discovery made.
“When the hall had been painted, the painters never took the picture down. They just painted around it,” Gainer said. “So, we had to replace it with something.”
Just before the morning bell rang for school, someone – either Gainer, Assistant Principal Bill Montgomery or Principal Bill Moore – put the Jesus picture in its place. 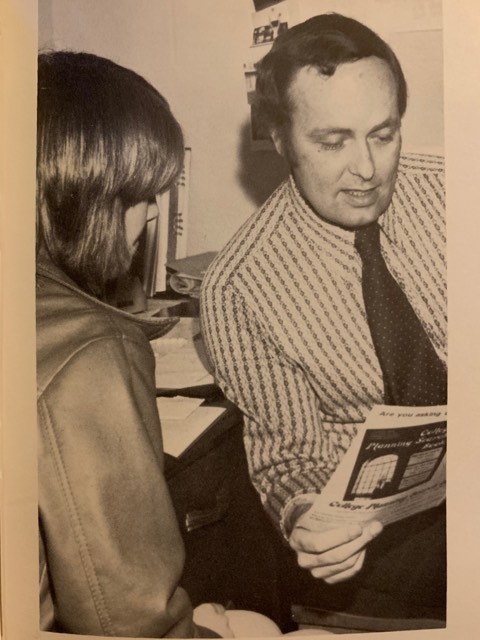 “It was a perfect fit and covered the non-painted area,” Gainer said.
There were no complaints and no negative comments for 12 or 13 years, he said.
“One day, an Army recruiter said something about whether we had had any concern or been asked to take the picture down,” Gainer said. “I said there was never any question or concern.”
Mr. Lindy Bennett, who took over as BHS principal when Moore retired, said he certainly had no desire to remove the picture when he came on board at BHS. There was an undertone, Queen said, that if you were sent to the principal’s office – Bennett, in the latter days of the portrait – Jesus was watching.
Bennett said as years went on, there were some comments made about the picture.
“What I told any student or anyone else who asked is if they wished to bring in their own picture representing their own religion - and have it nicely framed – I would place it in the hall also,” he said.
That never happened, but he wasn’t surprised when there was ultimately a request to take It down.
Queen said it was rumored at the time the picture was taken that it was originally meant to be a prank – a simple way to eliminate the need for the lawsuit and to keep the portrait safe.
“So, someone broke into the school and figured out afterwards that it was a felony and got worried,” he said.
That individual, who according to surveillance video, weighed 200 pounds plus, came in through a window in the tech ed room and proceeded down the hall to snatch the picture, being careful not to get his face captured on camera.
What was true is that once there was no picture, there was no need for the lawsuit.
“About 30 days after that, Mr. Sklar withdrew his lawsuit,” Queen said.
And every cent of the $51 and some odd thousand dollars was returned to the givers or the groups that collected it. It was a testimony of a supportive community that the funds were raised, even though the odds were against the Board of Education to win the case.
“Everybody who donated knew there was a strong likelihood the picture was going to have to come down,” Queen said. “Bridgeport is and was a community that while others’ rights are respected, the portrait meant a lot to a lot of people. It demonstrates what Christian values were here.”
At that time, religious studies were part of the curriculum at BHS and other public schools.
“Sklar didn’t ask that the statute of Buddha in the school library and other artifacts used for history be taken away – just the portrait of Jesus,” Queen said. “It really hit home to people.”
Queen also respected Sklar’s beliefs. It was a learning experience for everyone and once again, brought the community together.
“It’s an incredible story and it’s incredible to me that God put me in that position at that time of my life,” he said.
Editor's Note: Pictured from top: Warner Sallman's "Head of Christ" portrait; Bridgeport High School, Mike Queen, Arnold Henthorne, Lindy Bennett and Hugh Gainer.
Julie Perine can be reached at 304-848-7200 ext. 2 or julie@connect-bridgeport.com.