It's Happening: Saluting the Red, White and Bridgeport

By Julie Perine on September 08, 2019 from It’s Happening

Editor's Note: This blog first ran Sept. 3, 2017 on Connect-Bridgeport and was a featured story in the 2017 Bridgeport High School football program. This past Friday night was the Indians' home opener against the Morgantown Mohigans. This same spirit filled Wayne Jamison Field. When BHS was down 14-0 at the half, there were cheers of support and rallying cries. Our team didn't get discouraged or give in. They came back after the half and scored 14 uncontested points, placing the game in overtime and ultimately winning the game. It was a great day to be a Bridgeport Indian. Of course, every day is. So proud of our team - and our town.
Original Sept. 2017 post:
The Bridgeport High School drumline plays the cadence and from the strike of the first drumstick, the beat echoes through the air. Fans at Wayne Jamison Field - named after the longtime legendary coach – anticipate the appearance of their Indians. Empty just a couple hours ago, the stadium is filling up. Football enthusiasts dressed in the red and white pour into the stadium, settling into the seats that they claim season to season; game to game.
Led by BHS seniors - one in an Indian headdress - the students, sporting superhero, camouflage or basic traditional Tribe attire, storm the stands and take their spots in the student section. All the fans combine hearts and voices to sing the National Anthem and BHS Alma Mater. Then, upon cue from the cheerleaders, the chanting starts, and after passing through the traditional paper teepee, our hometown gridironers burst onto the field. 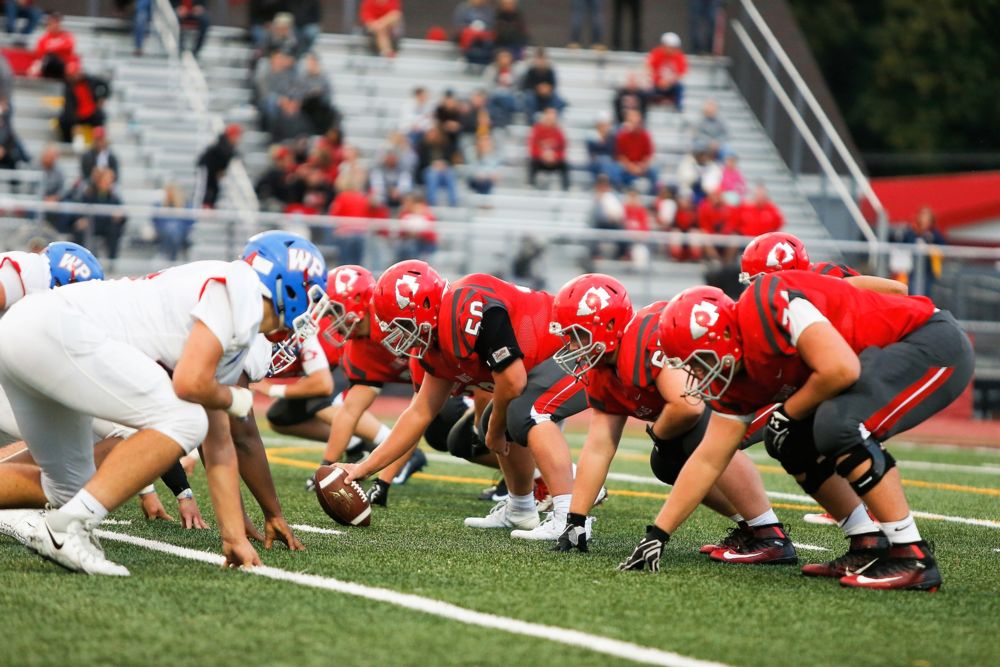 Featuring our own boys of fall, it’s “Friday Night Lights” in the city of Bridgeport.
As has been seen for many years – whether it’s a financial campaign for new field turf, support of a steak fry fundraiser or an encouraging pat on the back when needed most – the community is there for the Tribe.
And you can bet your bottom dollar that as this year’s season gets underway, the Tribe is there for the community.
“It’s important to us to make the team proud because most of us guys have grown up here and the town has always supported us,” said senior defensive end, Chapin Murphy. “That makes us want to work harder.” 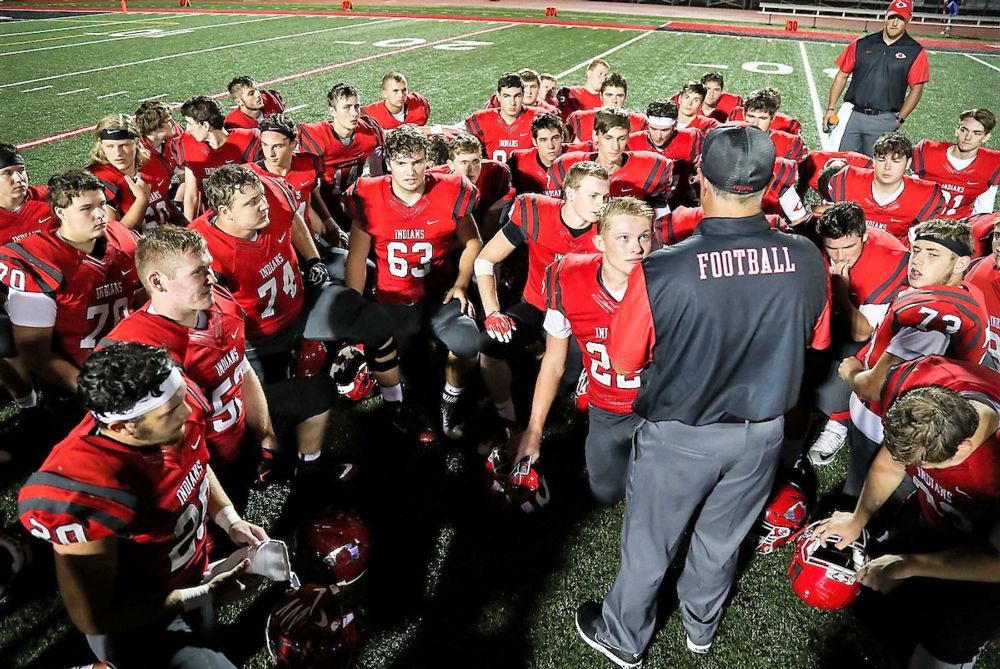 It’s a responsibility, a legacy for which the athletes have been groomed.
“Most of us have played together since we were 8 or 9 years old,” said senior guard/defensive end Christian Olivio. “We grew up watching the older kids every Friday night. They were in the spotlight, and we looked up to them. They were our motivation. Now it’s finally our year. Younger kids are looking up to us, and we want the whole town to know that we’re here ready to play – and to show leadership.”
During the past decade or so, these 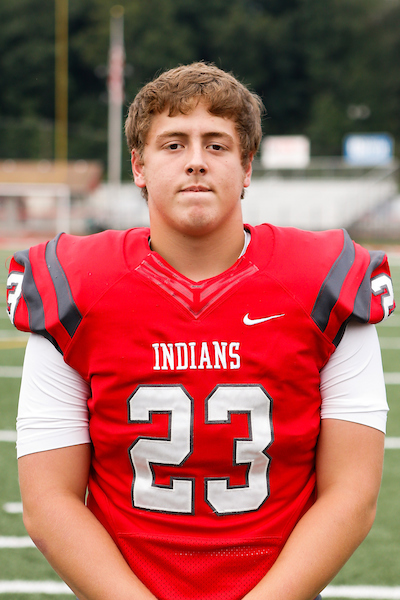 guys have learned football – and so much more.
“That’s basically that hard work pays off. It’s part of the process,” Olivio said. “You go through the hard work and you get your reward.” 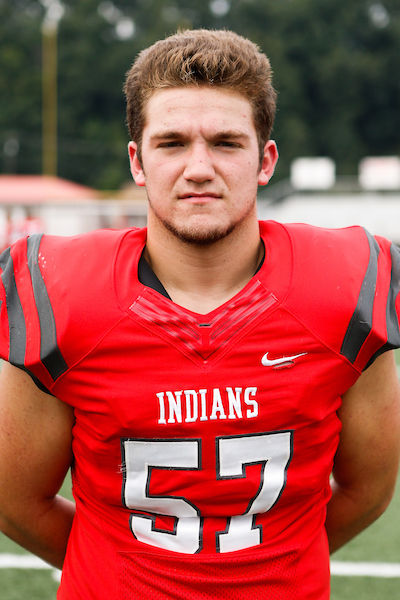 Senior upback Sebastian Meade said he wants to see members of this year’s team dig in and accomplish as much together as they possibly can. Every touchdown, every block, every win counts and the ultimate goal is a shot at the state championship. It takes absolutely everyone on the roster to make that happen.
“It takes all 11 of the guys on the field. If someone isn’t doing his job or tries to do someone else’s job, it messes up the play,” he said. “And the guys on the sidelines, too. They don’t get much credit, but they push the team to be better.”
With everyone’s eyes on the same prize, Meade said big things can happen.
“We can help each other out to accomplish that goal together,” he said.
As senior kicker Koby Kiefer said, it’s all about “one team, one dream.” 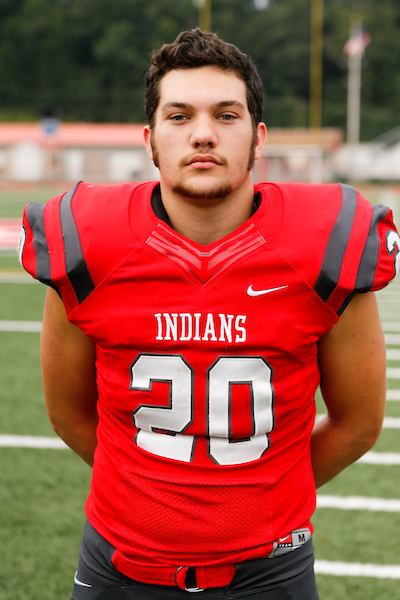 “We need to continue to work hard and stay focused,” he said. “As a senior, it’s my duty to lead by example, be a good role model and walk the walk.”
Teamwork and dedication are the goals and winning is the sweet byproduct of that effort, Kiefer said. 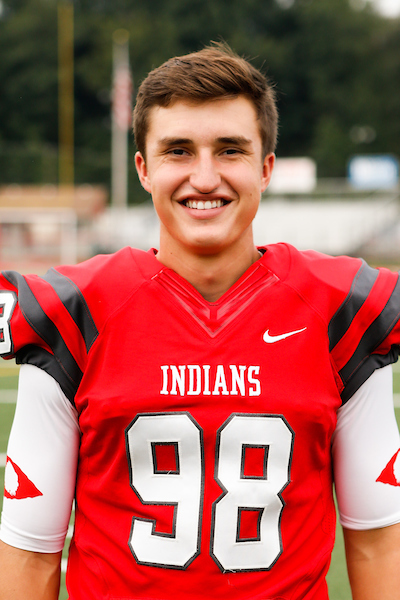 Tribe team mom Cindy Drummond said the community is behind the team 100 percent. It’s overwhelming and indeed a major component of a successful season.
“This community never ceases to amaze me with the support they show,” she said.
That support is a constant for athletics, academics, the arts or any aspect of BHS. And now, she said, she knows it is there rain or shine.
At the team’s recent car wash fundraiser – which took place in the pouring rain – one very generous financial supporter said that if the team was crazy enough to wash cars during a rainstorm, he was crazy enough to get his washed.
Sometimes the rain does fall, but unity and determination persevere.
“And what we need to do to persevere is just stick together – and play as one,” said senior center 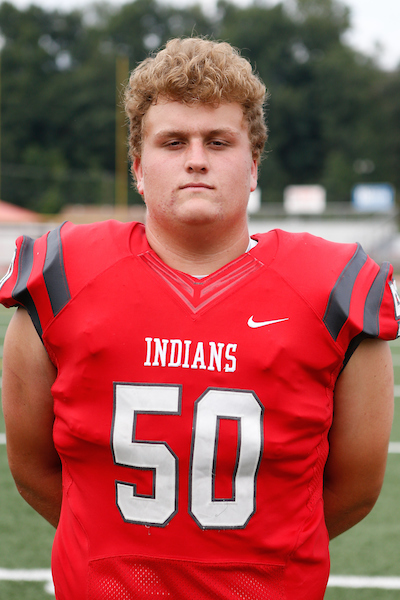 Noah Drummond. “We’ve been playing together for a very long time and we know what we can accomplish. Adversity we face just makes us work a lot harder in practice and it brings us closer together as a team.” 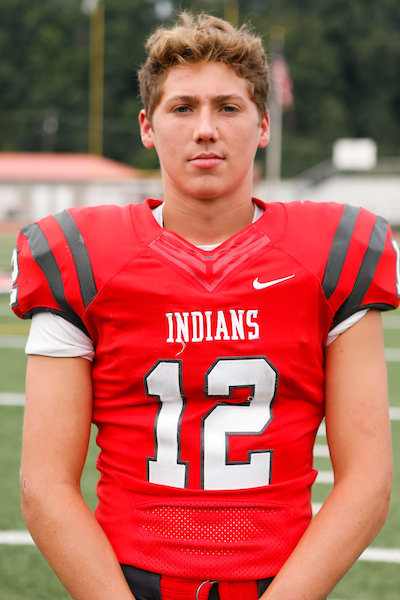 A solid, disciplined, determined team and a tight community that backs it up is what the red, white and Bridgeport is all about, said quarterback John Merica.
“We have a great community here in Bridgeport,” he said. “It’s important that we represent our community because they offer the team support and encouragement. They stand by us.”
Players from top: Chapin Murphy, Christian Olivio, Sebastian Meade, Koby Kiefer, Noah Drummond and John Merica.
Drummond is now a member of the West Virginia University Mountaineer football team. Merica went on to play with the West Virginia Wesleyan Bobcats. Kiefer is a kicker/punter for Cornell University.
Action photos are by Ben Queen Photography. Cover photo of the 2019 BHS cheerleaders is also by Ben Queen Photography.