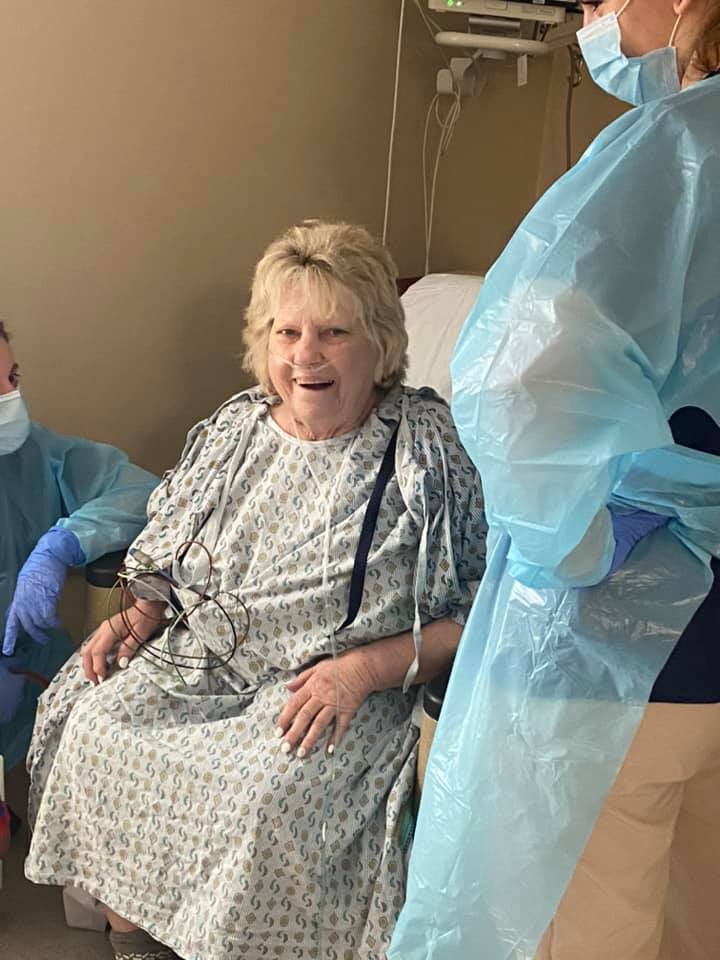 After living with idiopathic pulmonary fibrosis for nearly five years, Mary Lilly is free from supplemental oxygen, costly medication and travel restrictions.
She hopes to someday be able to express her appreciation to the family responsible for her new lease on life. At 68 years of age, Lilly – just a few weeks ago – underwent a double lung transplant made possible through a selfless organ donor.
“Mom feels it is the most generous of gifts,” said Patti Lilly Cook of Bridgeport. “She is extremely grateful and thankful to the donor’s family and is also very saddened for them and their loss. She says it is a lot of mixed emotions.”
It was September of 2016 when Mary, of Putnam County (town of Eleanor) became very ill. After struggling with a diagnosis, her medical team in Charleston determined she had IPF, a condition in which the lungs become scarred and breathing becomes increasingly difficult.
“Once the pulmonologist confirmed her diagnosis, she was soon referred to UPMC in Pittsburgh as this diagnosis typically progresses quickly and knew she would need assessed to determine if she was a lung transplant candidate,” Patti said. “From that moment there was lots of testing, bloodwork, x-rays and checking the status of her heart.”
But due to a separate health issue, Mary had to undergo a surgery which brought a major holdup to a potential transplant.
“They monitored and checked the success of the surgery for nearly three years to ensure she did not have any aspiration into her lungs which could cause pneumonia and other issues in a new set of lungs,” Patty said.
In October of 2020, Mary was placed on the transfer list and just a couple short months later, she received a call that there was a set of lungs available. 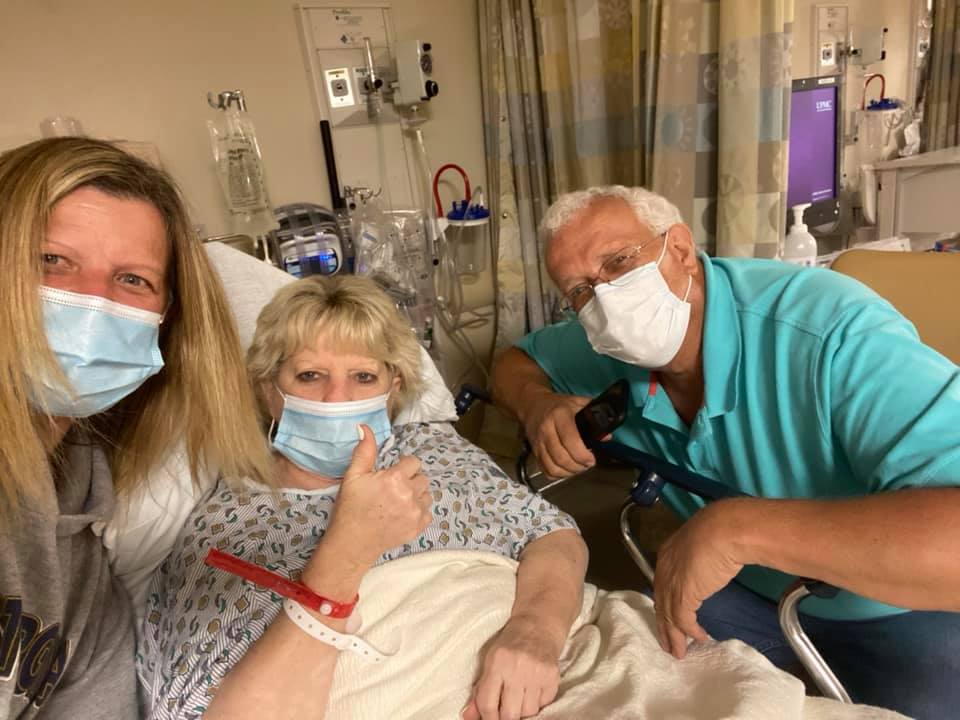 “Then about 30 minutes later, she received a second call stating they were not a good match for her,” Patti said.
Such “dry runs” are not uncommon as the Lilly family found out after meeting several other transplant recipients.
But the disappointment would soon turn into hope. On July 19, Mary received the call she had been waiting on and soon thereafter she was in surgery for a double lung transplant. As the clock ticked into the early morning hours, the family was informed that the first lung had been successfully transplanted and hours later, that the second lung was also a success.
Two days later, she was off the ventilator, sitting up in bed and giving thanks to God. By July 24, she was moved from ICU. In the days to 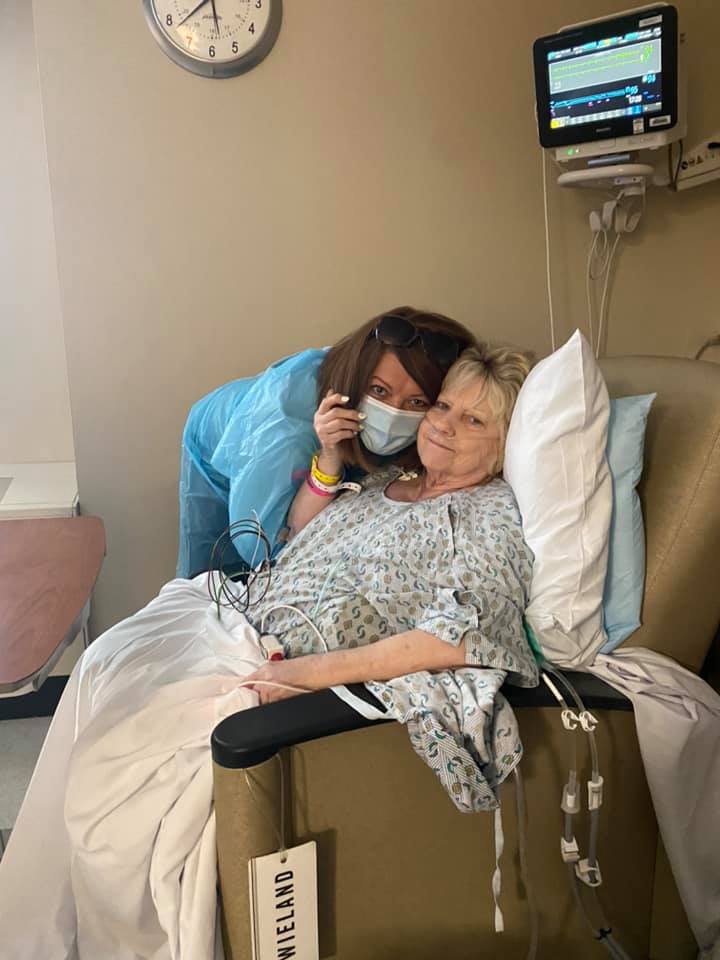 follow, there were minor issues, but no rejection issues. Mary seems to be well on her way to a healthy future with her husband Jim of 48 years, two daughters (Patti and Bridget), three granddaughters and one grandson. She will have quality time to enjoy her favorite things, including gardening, crocheting, and cooking.
Mary is retired from the West Virginia lottery.
Now, she feels like the luckiest woman in the world.
“Once we’re given the donor’s family information, Mom wants to write to them, reach out and let them know how grateful she is for their gift with hopes of possibly meeting them someday,” Patti said.
The Lilly family has seen firsthand why organ donation is so very important.
“It’s a great opportunity to help save another life of a person with a terminal illness,” Patti said “It’s a selfless, noble, honorable way to give back to others – whether it be a living or deceased donor.”
It’s a second chance at life, she said.
“And it’s so people can get more time with their family members – like we get with our Mawmaw,” said Mary’s granddaughter Maci Cook.
Mary donated her “old lungs” to science to further study pulmonary fibrosis.
Editor’s note: An organ donor has opportunity to save up to eight individuals and even more if the donor can donate their tissue and corneas.
Learn more about organ donation HERE at the Center for Organ Recovery and Education (CORE).
Follow JulieAPerine on Instagram.