It's Happening: The Shawnee Powwow Circa. 1940

Students and graduates of Bridgeport High School are familiar with The Shawnee Powwow. Everything published in the school newspapers is so fresh, so modern.
I’m sure it has always seemed that way. I’ve been leafing through some old editions - some dated as far back as 1940. Eighty years ago, The Shawnee Powwow was reporting school news and sports, club announcements and academic endeavors.
The fragile,

yellowed pages of the newspaper-style publication take us back to an interesting place when school pride was alive and well.
The school was then located at the top of Newton Street (also the former Bridgeport Junior High and present-day Heritage Christian School). A Dec. 27 1940 edition reports that students returned to school after Christmas break to a newly-painted and wired building, as well as some shiny new additions: Two electric sewing machines, five typewriters and a mimeograph machine.
Back in late-January of 1944, students apparently “reviewed madly for semester exams.” The article states that they rushed ‘hither and tither with worried faces and that the midnight oil burned as students studied books that had usually been ignored. Ha. That’s great.
In other school news, star athlete Bond Slussar suffered a painful tongue injury at the chemistry lab. Yes, instructor Miss Thelma Chedister reported that while attempting to sample an ammonium hydroxide solution, the red head actually burned his tongue. But it was also reported that the accident had not impeded the activity of Bond’s “ever wagging tongue.”
The newspaper included community and personal information: Engagements, illnesses, out-of-town visits/returns,

I love that they talked about fashion, asking students what fabrics and styles they preferred. Popular were jersey outfits featuring military style, wide shoulders and flared skirts. Corduroy was big for coats, jumpers and “sport wear.” Velvet and velveteen were preferred for “dress-up affairs.” Silk and powder puff muslin were also mentioned by the fashion-savvy students. Not once was a brand name mentioned.
At that time, BHS had both a Glee Club and a Hi-Y Club, the latter comprised of young men and based on a platform of clean speech, clean sports, clean scholarship and clean living. It was also reported that the school band had marched across town to the football field for Friday Night Lights and that the Bridgeport Fire Department thanked the community for its 100 percent cooperation in supporting the very first Fireman’s Fair.
The beauties pictured were candidates for the first Fireman's Fair Sweetheart, upper classes of the high school each submitting a selection.

Back in the day, the Shawnee Powwow was printed by The Salem Herald. One could purchase the school newspaper for 5 cents a copy and I would say purchasers certainly got their money’s worth.
Editor's Note: I would like to thank the family of Violet Freed, who upon her death gifted the school newspapers to me to share here on Connect-Bridgeport. Written on some of the copies is the name of her late husband Olas Freed who apparently had been a student at BHS. 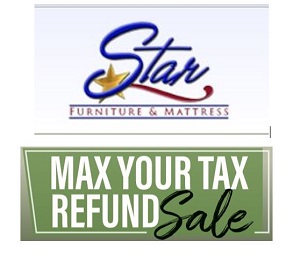