It's Happening: Through the Years in Bridgeport; No Better Place to Be 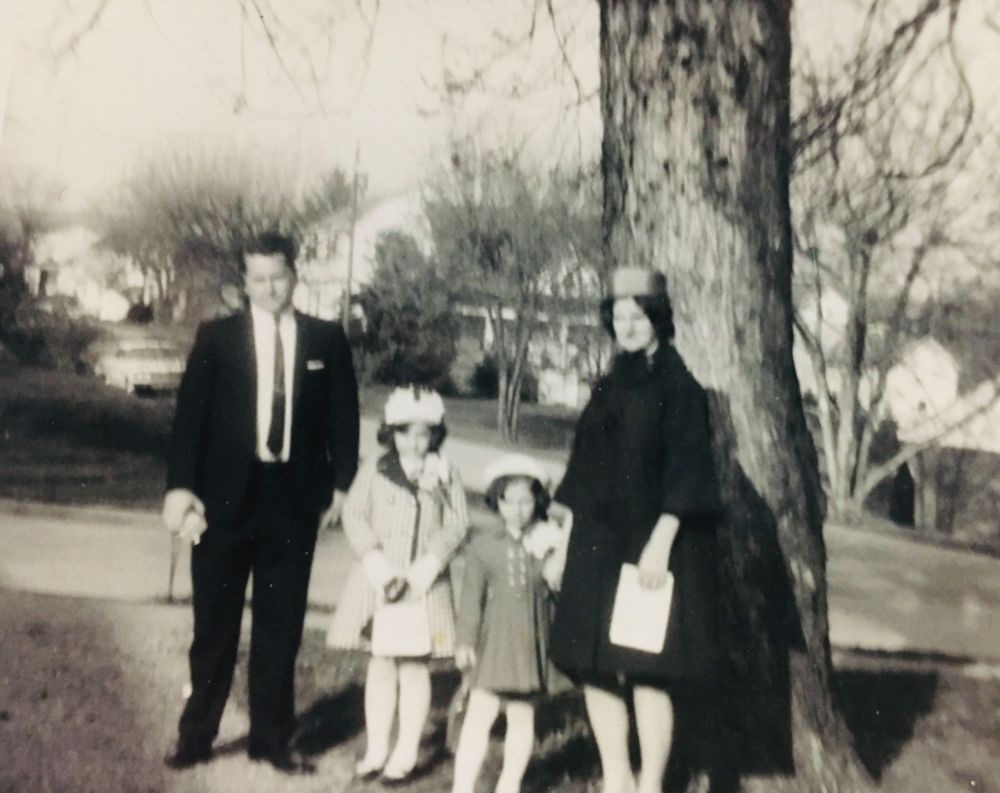 From the time my mom, dad, sister and I moved to Bridgeport, I liked it here. It was circa 1967. Lyndon B. Johnson was president of the U.S. and Walter Hathaway was mayor of our city. Mrs. Little was my 1st grade teacher at Simpson Elementary and Mr. Harvey Thrasher was principal. I walked home from school for lunch with neighbor kids and eventually my little sister when she started school.
My dad had been transferred here with Weimer Packing Company. He traveled much of the state doing sales. My mom started working as a teller at Bridgeport Bank on Main Street. It was comforting to know she was just across the walk bridge from school. Sometimes she would take us to the Virginian Restaurant for a piece of pie, topped with lots of meringue.
Alkire’s Variety Store was just on the east side of the walk bridge. There were all kinds of trinkets in there to buy or look at. The Handy Shop was another hot spot; all kinds of candy, novelties, magazines and all the things kids loved. Just across Main Street, the Benedum Civic Center was a place we frequented for Brownie and Girl Scout meetings. And the 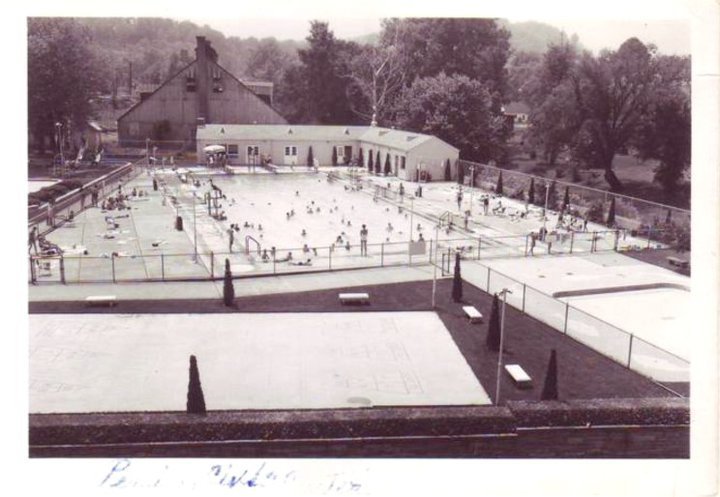 Bridgeport Pool was where all the action happened in the summertime. “Three Dog Night,” “Grand Funk Railroad” and other rock tunes played across the speakers.
We also shopped at J. Eddie's, just across the Main Street railroad tracks. You could buy fudge by the slab and fabric/patterns/notions all in one shop. My mom being a talented seamstress, she was a regular there. One day, she whipped up a high school homecoming outfit for me the very same day as the dance.
There were dress and shoe shops in the area of Main and Center streets. I remember Hinermans especially. And nearby was Cava's Service Station the full service kind.
Across the street from there was Furbee’s Pharmacy, complete with a soda fountain and chrome bar stools. As we got older, it was a hot spot. The owner and pharmacist, Carl Furbee, became mayor. I eventually went to school with his son, also named Carl. 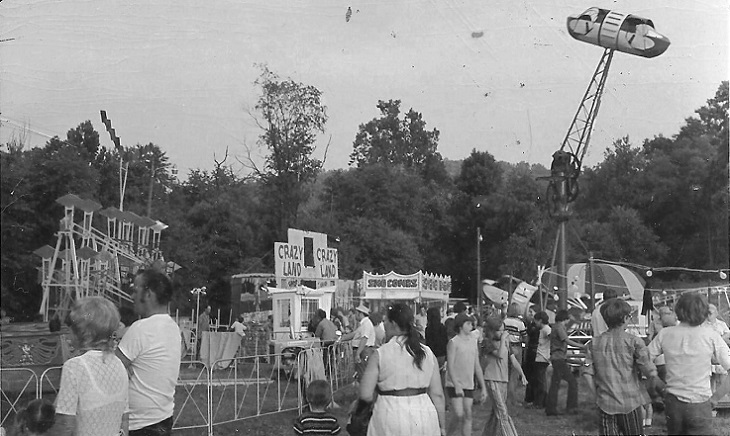 Sonny’s Pizza was another hot spot, especially as we got into high school. It looked quite different then, but still had that locally-owned, hometown feel. I’ve told this story before, but that is where I began seeing my high school boyfriend, Jeff. I would have never dreamed it then, but he became my husband several years later.
We thought of locating somewhere else – perhaps Myrtle Beach. But those thoughts were fleeting. Our parents were here. We both grew up here. We wanted to raise our family here.
We both remembered Bridgeport Stockyards located at the corner of Main and Virginia Avenue. Trucks hauling cattle, pigs and other livestock were often seen entering and exiting town. We both had frequented the Fireman’s Fair, a hometown celebration that took place every summer at the Main Street fire station. Rides and games – especially keno, bingo and the dunking booth – brought out people from 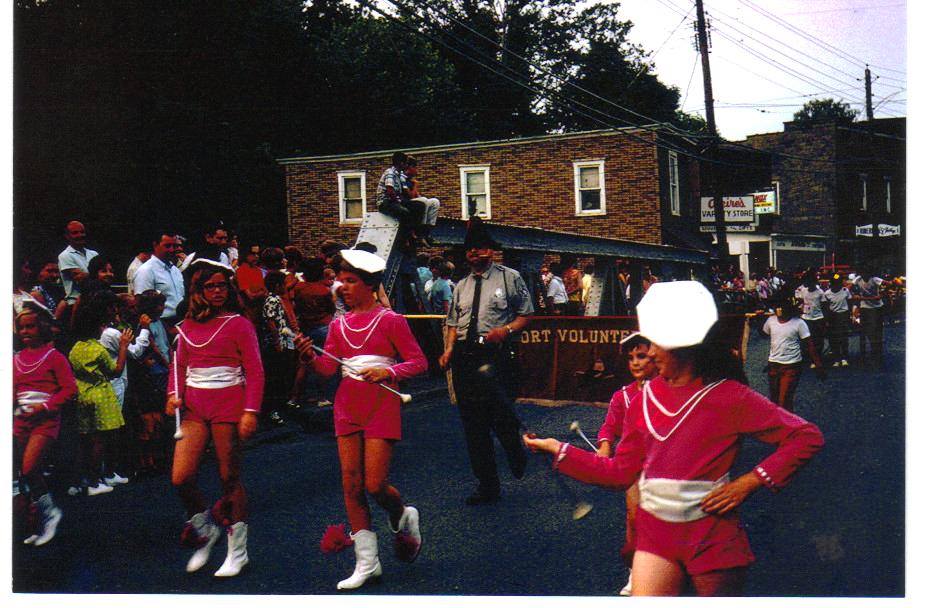 across the city. The real attraction, though, was seeing each other. And after weeks of dropping coins in canisters featuring pictures of princess candidates, we got to find out who would be crowned Fireman’s Fair Queen.
He grew up riding dirt bikes and playing backyard football and baseball with guys from surrounding streets. I grew up playing tag, hosting variety shows with my neighborhood friends and hosting benefit backyard carnivals. Again, my mom was a creative genius.
Jeff and I had both experienced the Bridgeport tornado, which happened late-night August 1970. I slept through the whole thing, but I remember waking up lots of chat and hometown chaos. Residents, including my family, were out on foot the next morning to see the damage. Entire houses had collapsed. Debris was everywhere. In true 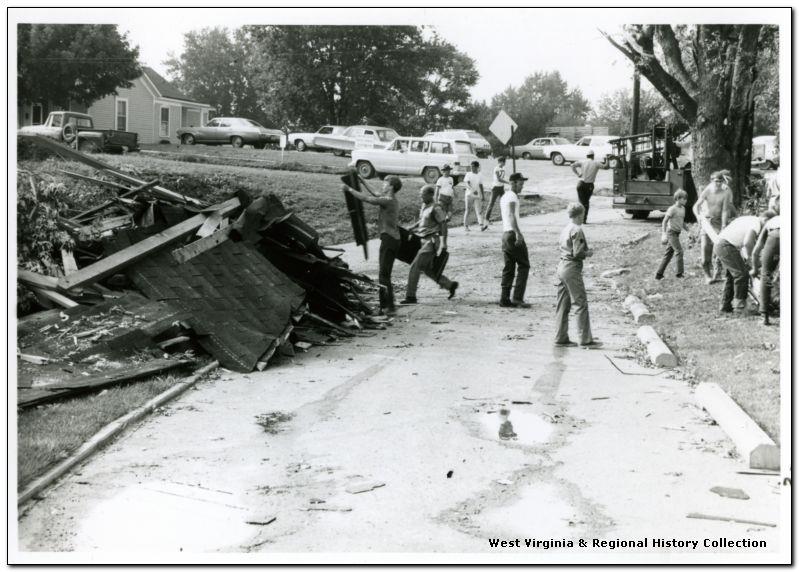 Bridgeport form, everyone pitched in to clean up, thankful that no one had been hurt.
We both went to Simpson Elementary, Bridgeport Junior High School (atop Newton Avenue/Orchard Street, AKA Junior High Hill) and Bridgeport High School.
All four of our children made that same progression through schools. When our oldest daughter, Deanna, attended Junior High, the new Bridgeport Middle School was built on Johnson Avenue. My most vivid memory was that they brought all the kids from Bridgeport schools to the ground breaking and our littlest daughter, Brittany, happened to sit smack dab in a bunch of poison ivy.
Our kids were active in sports, cheerleading, band and other activities. We have great memories of cheering them on at local fields and gymnasiums. I think our oldest son Jeffrey played every sport. He was busy every season. He 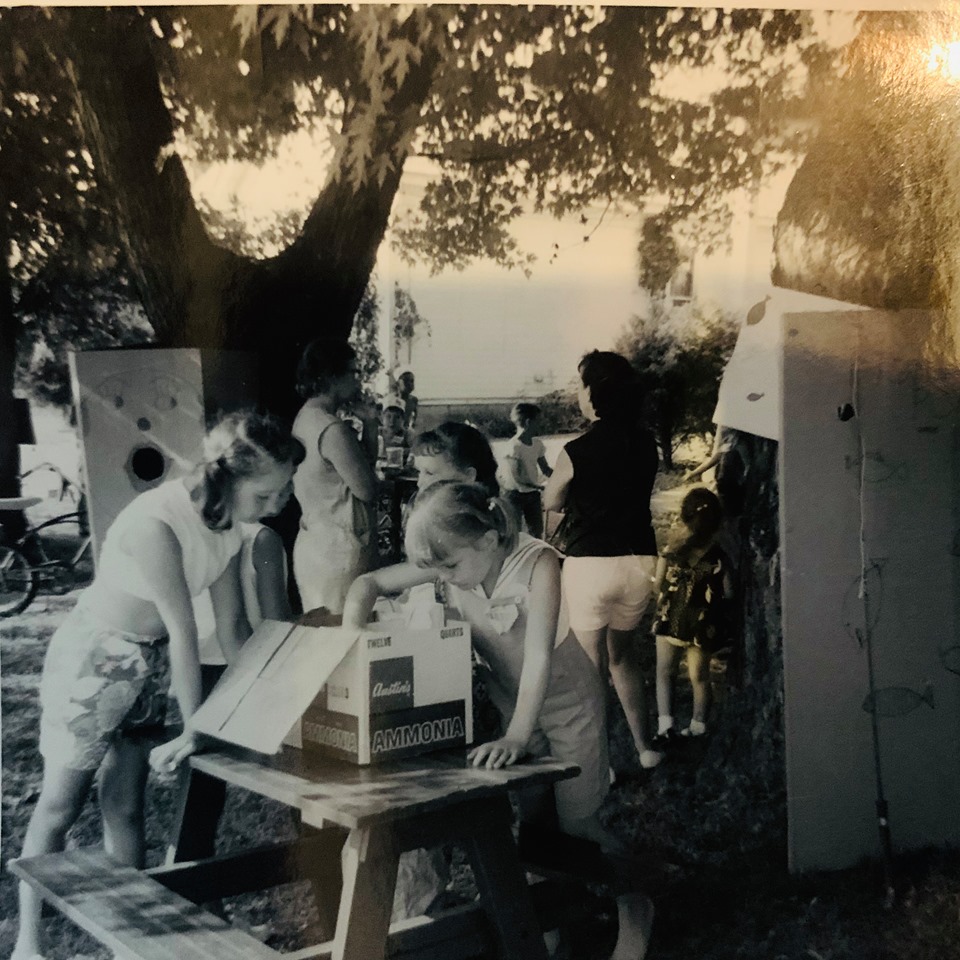 even played roller hockey at Skate World, another place where we spent much time with all the kids. We often hosted and attended birthday parties there, as well as the old McDonalds and Show Biz Pizza at New Pointe.
From the time our youngest son Jacob was an infant, I walked with him all over town. After putting the miles on the stroller, he got big enough to walk and run, ride his bike and motor vehicles. We often took our collie on “adventures” through nearby woods and creeks.
We’ve seen a lot of changes through all these years. One of the most memorable was the demolition of the old Simpson Elementary “tower,” where we had all sat in classrooms. In my mind, I can still picture Mrs. Landacre and Mrs. Sullivan, my 4th and 5th grade teachers, strolling around in their A-line dresses and high-heeled pumps and Mr. Thrasher in his three-piece suit, always sporting a caring attitude and smile.
I could go on and on.
The point is that I am grateful to have grown up and raised my family in this city. I’ve been privileged for nearly the past eight years to write stories about Bridgeport and its people. I’m grateful that I will still be doing that to some extent, but I will also be taking a more active role with our Greater Bridgeport Convention & Visitors Bureau to market our great city.
I sure do believe in it.