It's Happening: Through the Years with Light Up Night 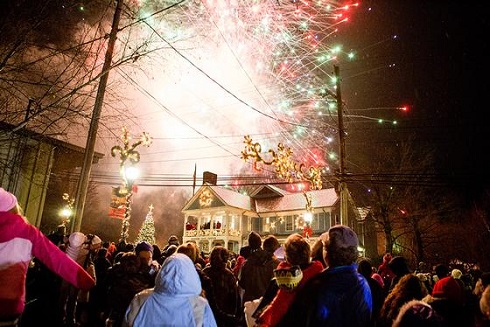 Sitting around the table planning Light Up Night 2021, ABB board members were reminiscing about how it all got started. The year was 2005 and the newly-formed Associated Businesses of Bridgeport had met at the North Central West Virginia Airport restaurant. The group broke into pairs to do some brainstorming.
“We wanted to think of a project - something that the city didn’t already do,” said Brad Ford.
At that meeting, Brad paired off with Gabe Feist – then director of the Greater Bridgeport CVB.
“And what we came up with was that the city didn’t have a Christmas tree,” Brad said. “We thought it would be cool to put together a tree lighting program.”
City officials were immediately on board and the search was on for a large live pine tree. Inquiries were made as to who might want to donate one for the occasion. 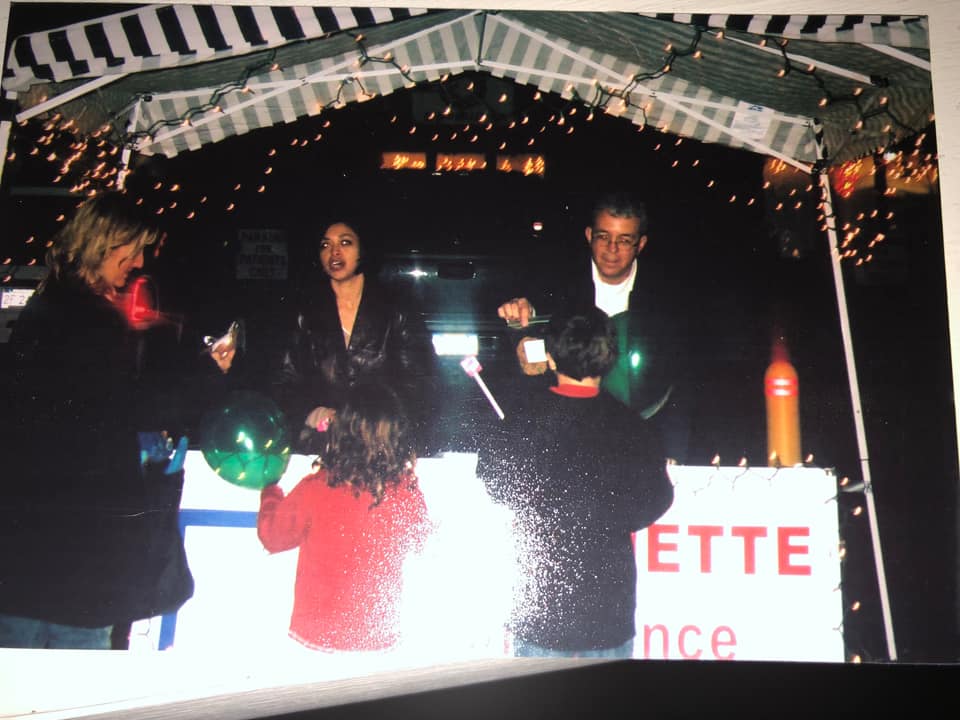 “To the best of my recollection, we put the word out that we were looking for a 20-foot tree and people responded,” said Parks and Recreation Director Joe Shuttleworth.
At that time, Joe was deputy director of the Parks and Rec department. He remembers that the first city tree came from right out of the Bridgeport neighborhood of Maple Street – where, in fact, Virginia Governor Joseph Johnson had resided in the late-1800s.
It wasn’t 20-feet tall, but still quite big and getting that thing in place was a challenge itself. I mean, yeah, they do it at Rockefeller Center in 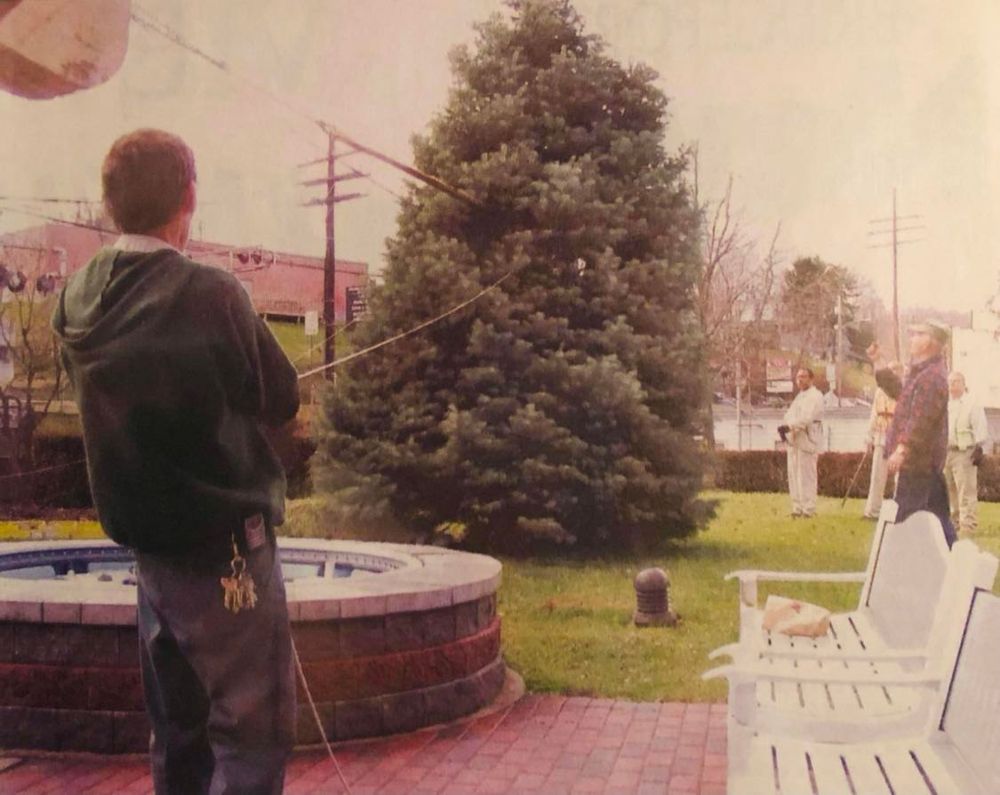 NY City, but like Joe said, they have big 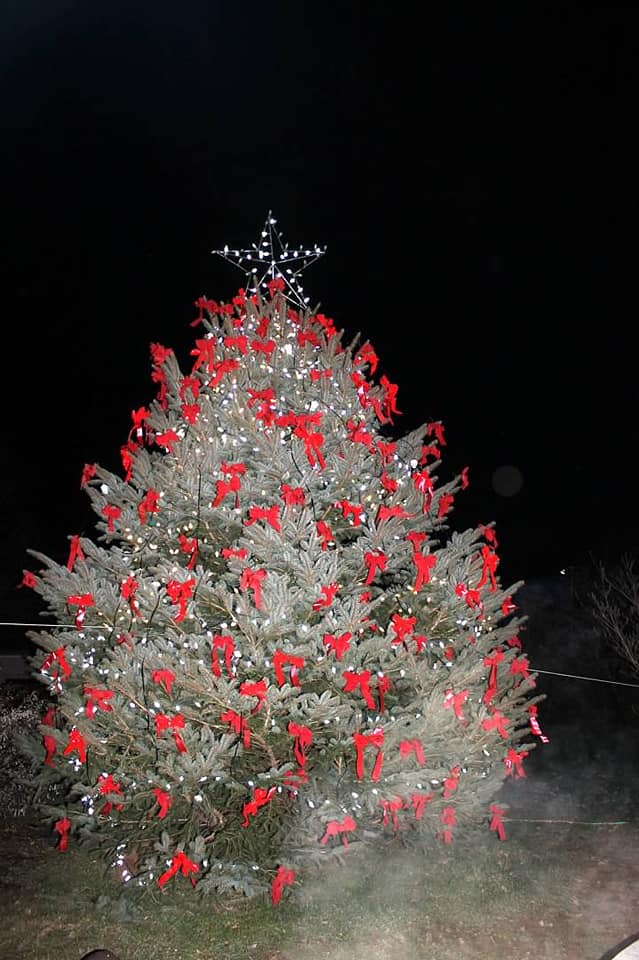 cranes and heavy equipment to make it happen. Our Parks and Rec crew members were working with a backhoe. It was pretty tricky getting it into the small spot between the water fountains and the Civic Center. But with lots of eyes, guide wires and that trusty backhoe, the job got done.
The big night finally arrived. The weather was ideal, an early-winter chill in the air. Tents were going up and the festive spirit was contagious. Jim Christie was Mayor of Bridgeport and he was going to do the honors of flipping the switch on the tree. The decorated lever was symbolic. At the same time Mayor Christie pushed it, the electronic switch would also engage, and the tree – supposedly – would light up that instant. It was discovered just moments before the ceremony that there was a short in the wiring and it was quite likely that the tree wouldn’t light up upon cue.
Joe remembers teasing Mayor Christie that he better have some tricks up his sleeve – some juggling perhaps – because when he threw the lever, it was possible that nothing was going to happen. All did go as planned and not only that, but the largest, lightest snowflakes began falling, as if upon cue.
“I remember looking down from the porch and seeing the children sticking out their tongues to catch the snowflakes,” Brad said.
The whole evening was a big success and the town’s people took ownership of their very own city’s “Hallmark” event.
On that first Light Up Night, Mayor Christie and his wife Misty – along with Santa and Mrs. Claus and elementary school singers – were escorted from Bridgeport Fire Department to the Civic Center for the ceremony.
“There was music playing and it was like a parade. There was all this anticipation watching them come up the street," Brad said. 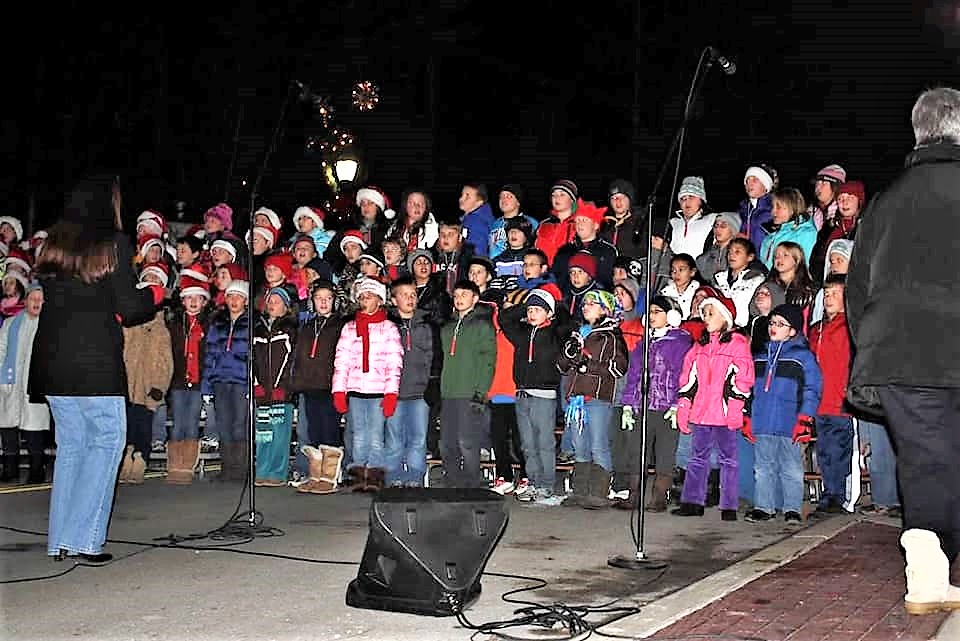 But with tents on the sidewalks and people everywhere, it involved some tricky maneuvering. There were so many more attendees than were expected.
"We knew if we had the kids singing, we would draw a few hundred people, but we had no idea there would be a few thousand,"  Brad said.
No one was complaining. It was a great problem to have.
Through the years, the event has been tweaked and it has indeed evolved. It was just after year No. 1 that the city purchased new decorations for Main Street to add more pizzaz. During one of the early years, elementary students decorated balsa wood ornaments which served as that year’s tree decorations. 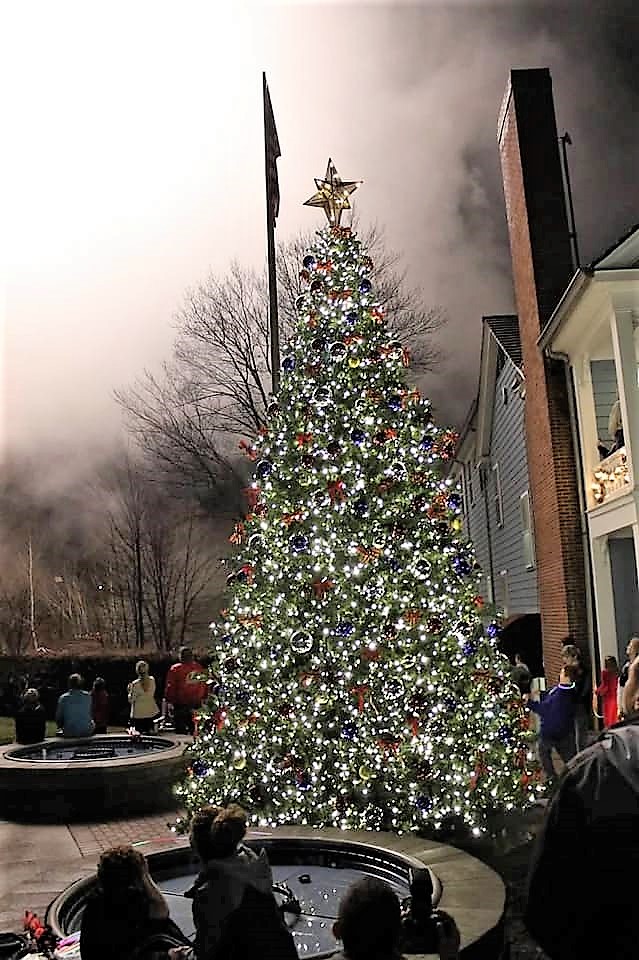 Fireworks were added and a massive artificial Christmas tree was eventually purchased; a quality 20-footer that could be stored and easily assembled year after year. Joe said his department, the city and the community seemed to like the tree, but he thought it lacked a little something. Just back from Disney World, he had noticed how the trees sparkled there – like magic. So, he called Disney and asked why. He said he was shuffled from person to person until he got the answer he was looking for.
“It was strobe lights,” Joe said.
So, strobe lights were purchased and from then on, the tree had that special sparkle.
More and more businesses have joined forces with the ABB, setting up each year to offer free goodies, so Light Up Night has stretched further and further east on Main Street. The BHS Jazz Band, Dance Line and various vocalists have become part of our tradition. Last year, because of the COVID pandemic, a virtual tree lighting and drive-thru experience was implemented, and the community embraced it big time.
There have certainly been some mainstays. It is a night when our residents come out with empty pockets and open arms, leaving with full hearts. They simply enjoy what vendors have to offer and exchange greetings with friends and neighbors.
Another mainstay is the singing of the elementary school choirs. Hannah McCall was a member of one of those early choirs. She remembers how exciting it all was – lined up on the risers just outside the Civic Center with Santa and Mrs. Claus looking out from the balcony. It’s a feeling she’s been able to hold onto for several years. This year, she and her boyfriend Corbin will bring their little boy Clark to start his own Light Up Night memories.
Happiness, tradition, and holiday cheer – that’s what it’s always been about.
“Light Up Night has become our signature event. It’s our businesses’ Christmas card to the community,” Brad said. 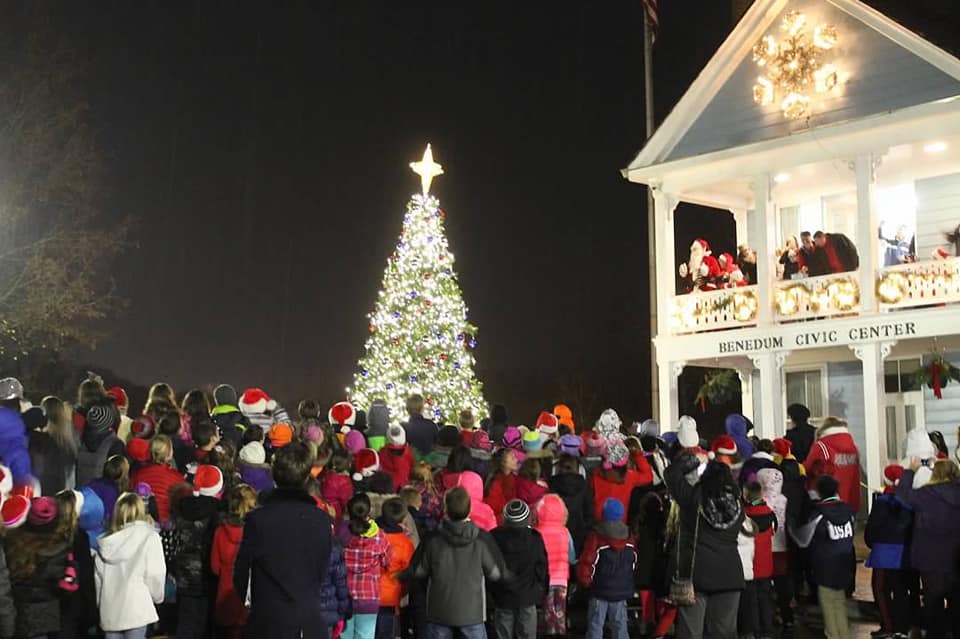 “But the ABB certainly can’t do this by ourselves. We need the city, Parks and Rec, police and fire departments – all kinds of hands involved. But we want to make sure it remains the event it was meant to be.”
Organizers are so pleased that Light Up Night will be held in person this year. We cordially invite you to attend with your family, neighbors. and friends. In just a few days, it will be announced who will have the honor of lighting this year’s tree. Mark your calendars for the evening of Dec. 2 and plan to make some memories.
Joe said he has one he will never forget and that is Brad leading a “Beat Pitt” chant from the Civic Center balcony, just two days before that year’s Backyard Brawl.
“We lost - and we can thank Brad for that,” he said.
Editor's Note: Provide photos capturing your Light Up Night memories and we will post a gallery. Send to julie@connect-bridgeport.com.