By Connect-Bridgeport Staff on February 28, 2021

The United States Senate Youth Program (USSYP) announces that high school students Ms. Emma Lucia Romano and Ms. Olivia Hindman will join Senator Joe Manchin, III and Senator Shelley Moore Capito in representing West Virginia during the 59th annual USSYP Washington Week, to be held March 14 — 17, 2021.
Emma Romano of Bridgeport and Olivia Hindman of St. Albans were selected from among the state’s top student leaders to be part of the
104 national student delegation who will each also receive a $10,000 college scholarship for undergraduate study. Due to the pandemic, the 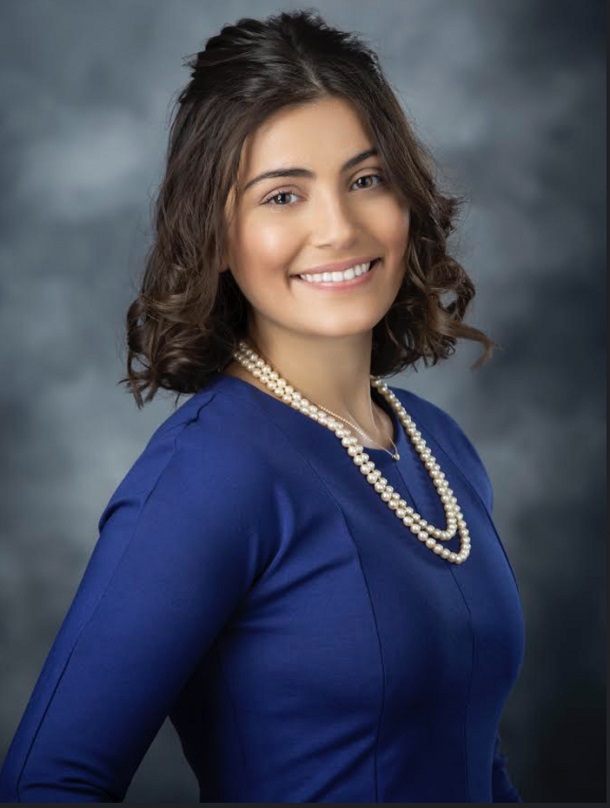 2021 program will break ground as the first-ever fully virtual Washington Week, and is designed to be a highly interactive and exciting education and leadership forum for the nation’s most outstanding student leaders.
The USSYP was created by Senate Resolution 324 in 1962 and has been sponsored by the Senate and fully funded by The Hearst Foundations since inception. Originally proposed by Senators Kuchel, Mansfield, Dirksen and Humphrey, the Senate leadership of the day, the impetus for the program as stated in Senate testimony is "to increase young Americans’ understanding of the interrelationships of the three branches of government, learn the caliber and responsibilities of federally elected and appointed officials, and emphasize the vital importance of democratic decision making not only for America but for people around the world."
Each year this extremely competitive merit-based program brings the most outstanding high school students - two from each state, the District of Columbia and the Department of Defense Education Activity - to Washington, D.C. for an intensive week-long study of the federal government and the people who lead it. However, this year, the program will be held online. The overall mission of the program is to help instill within each class of USSYP student delegates more profound knowledge of the American political process and a lifelong commitment to public service. In addition to the program week, The Hearst Foundations provide each student with a $10,000 undergraduate college scholarship with encouragement to continue coursework in government, history and public affairs. All expenses for Washington Week are also provided by The Hearst Foundations; as stipulated in S.Res.324, no government funds are utilized.
Emma Romano, a senior at Bridgeport High School, serves as the Senior Class historian of the Student Council and has been an executive board member since her freshmen year. She also is the current president of the Bridgeport High School Spanish Club. She has served as co-president of the General Federation of Women's Clubs Bridgeport Juniorettes, a local community service organization for middle and high school girls, and is currently a senior advisor. Presently, she is the environmental coordinator for Waste Management and a social media intern for the Children’s Instrument Recycle Program. She is a member of the National Honor Society, and a regular volunteer for her local mission. Locally, she is a tutor to middle and high school students in math and chemistry. Emma plans to major in
environmental science and eventually attend law school to become an environmental lawyer.
"I could not have done as well as I have without Mr. (John) Cole, who recommended me for the scholarship, and former Superintendent Dr. Mark Manchin, my counselor Ms. (Jenna) Edwards, and Principal (Matt) DeMotto for their support and for writing recommendations for me," said Romano.
Olivia Hindman, a senior at St. Albans High School, serves as the Senior Class president and National Honor Society president. She is a member of several high school organizations including Anchor Club, Beta Club, Interact Club, SA Solution, Fellowship of Christian Athletes and the Science Quiz Bowl. She is also an active member of YoungLife. Her community service includes weekly recycling, organizing canned food drives, writing letters to nursing homes, and many other projects. This past summer Olivia helped out at Crafts of the Coal in St. Albans. She maintains over a 4.5 GPA in honors level AP and college courses, and is in the top six percent of her graduating class. She loves her community and is always striving to make it a better place. Olivia plans to attend Marshall University, major in education, and either become an educator or follow in her aunt’s footsteps by becoming a lawyer.
Chosen as alternates to the 2021 program were Mr. Patrick Koon, a resident of Morgantown, who attends Morgantown High School and Mr. John Bohman, a resident of Buckhannon, who attends Buckhannon-Upshur High School.
Delegates and alternates are selected by the state departments of education nationwide and the District of Columbia and Department of Defense Education Activity, after nomination by teachers and principals. The chief state school officer for each jurisdiction confirms the final selection. This year’s West Virginia delegates and alternates were designated by Mr. W. Clayton Burch, Superintendent of Education.
During the program week, the student delegates will attend online meetings and briefings with senators, the president, a justice of the Supreme Court, leaders of cabinet agencies and senior members of the national media, among others.
In addition to outstanding leadership abilities and a strong commitment to volunteer work, the student delegates rank academically in the top one percent of their states among high school juniors and seniors. Now more than 5,800 strong, alumni of the program continue to excel and develop impressive qualities that are often directed toward public service.