By Connect-Bridgeport Staff on February 22, 2020 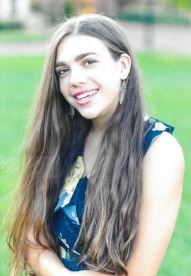 She maintains above a 4.0 GPA and has received an academic letter as well as two academic lamps.
Campbell is an avid runner and has run cross country and track and field since her freshman year. She was the co-captain of the cross country team her junior and senior seasons and is looking forward to being a co-captain of the track team this spring.
She has been proud to represent BHS in the West Virginia State Cross Country meet each year, where she placed ninth in the state as a junior, and in two state track and field championship meets.
Campbell is also involved with multiple clubs and organizations within school, including being a member of the Student Council, the National Honor Society, the Spanish Club and the Writing Club.
She is co-editor of the Literary Magazine, a student-run magazine that gives recognition to BHS students who enjoy writing poetry and short stories by compiling student works and then making them available to all students in the school.
Campbell is the first and current president of the BHS chapter of Spanish Honor Society, a group dedicated to community service, specifically where it concerns the Hispanic community and cultural awareness. She has been on three mission trips to a total of four different countries with Never the Same Missions during the past three summers, where she engaged in service projects and evangelized to local people.
Campbell attends Centerbranch Church in Quiet Dell with her family. In her free time, she enjoys reading and having game nights with her friends and family. She plans to attend Liberty University in the fall, where she will major in Journalism and minor in English and Writing. 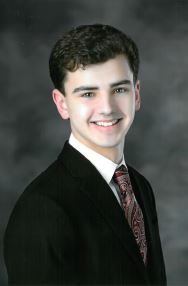 Mac Madden is the son of Jeffrey and Wendy Madden and has remained on the honor roll throughout high school.
He earned an academic letter his freshman year and academic lamp his sophomore and junior years. Madden is an AP Scholar who is continuing to take other AP courses. He is a member of the National Honor Society and has taken part in student council for the past three years and is currently serving as the Senior Class Secretary.
Madden is a four-year varsity soccer player and this year served as captain for the team. He picked up several postseason awards for soccer such as being named first-team all-Harrison County, first-team all-Big 10 Conference, first-team all-Region and honorable mention All State.
For the past three summers, Madden has worked for the Bridgeport Country Club as a lifeguard and concession worker.