The North Central West Virginia Airport has the ultimate catch-22 situation, and they are hoping the public can help out.
With the introduction of the Myrtle Beach and Destin, Florida destination flights in recent weeks to the existing year-round flights to Orlando and Tampa/St. Petersburg by Allegiant Airlines, the airport is slammed with business. In fact, the airport with more than a week to go in June 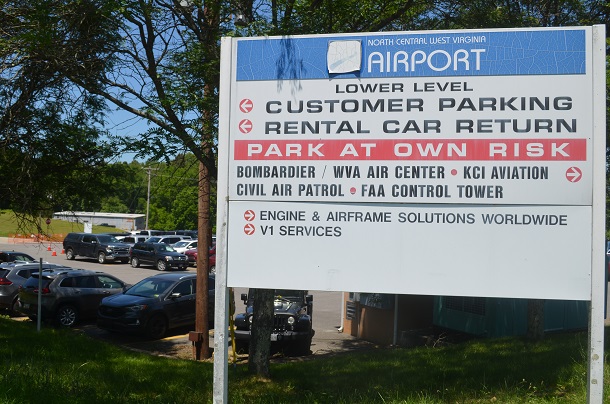 already had 4,371 passengers after a robust May that saw 3,988 passengers.
Even better, three of the four destination flight services are crushing numbers. The flight to Tampa/St. Petersburg has a load factor of 93 percent, while Myrtle Beach and Orlando are also both above 90 percent.
“The response to the flights has been tremendous,” said Rock. “Ninety percent load factors are what you need to continue to grow, and our new flight destinations have been well received. We’re so thankful for the community for always supporting it because without them, we can’t continue to grow.”
The only flight service not above 90 is the flight to Destin as it sits just above 60 percent. Rock said he believes that is the result of issues with travel in Destin last year, which he said has been largely ironed out.
That is the good news. The concerning news is that with so many people traveling the airport parking lot is overflowing.
“We’re asking that those closest to spread the word that being dropped off at the airport is not a bad thing,” said Rock. “We hope the public 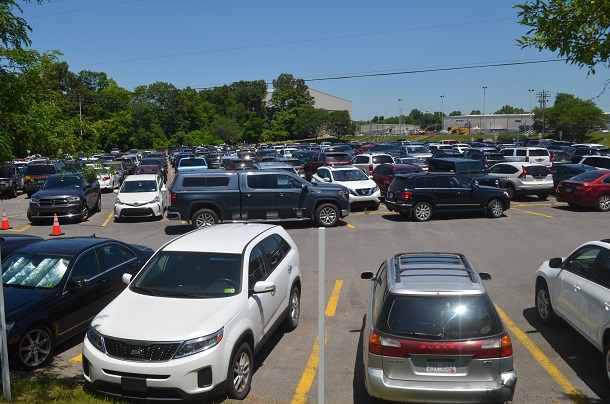 can help so those coming from two to three hours away has the ability to quickly come in and get their plane. It is very stressful when someone comes here and it’s time for their plane and you can’t find a place to park.”
While only the public can change the number of cars coming into the airport, one thing will change with parking soon. And that is the plans to begin charging vehicles a charge of $5 per day to park is still set to begin sometime in July.
“The equipment we’ve been waiting on will be here Monday,” said Rock. “It will be installed to allow us to work out all the bugs. The last thing we want are flow problems with this new process.”
For those worried about short-term parking, Rock said it will be free if parking under one hour. After that, the charge is $1 per hour up to five hours before the daily rate kicks in.
“One of the reasons we’re trying to get parking under control is to provide hassle free travel, and you can’t do that with no place to park,” said Rock.