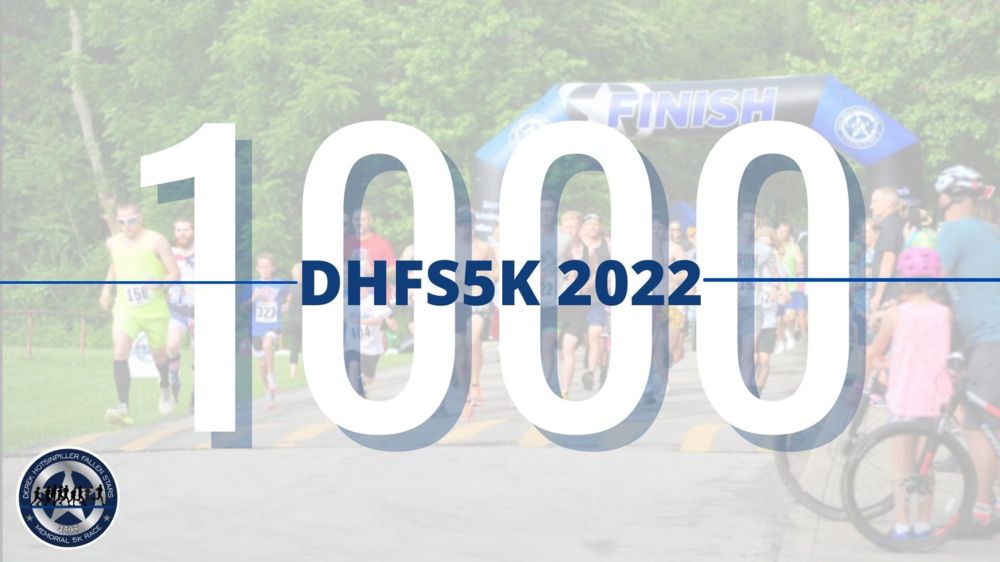 Register for the 5K HERE
It's an understatement to say that the Derek Hotsinpiller Fallen Stars 5K has gone national. Not only will all 50 states again be represented virtually for the June 11 foot race, but a handful of other countries will be too.
"We've gone international," said Ashley Hotsinpiller, 5K organizer/coordinator. "We have someone from Germany and Japan registered and we're waiting on confirmations from the UK and Italy."
She is certainly grateful to have 300+ virtual racers - from all over the world - participating in the 2022 event. Now, she wants to drive home another goal - to have 1,000 on-site participants. 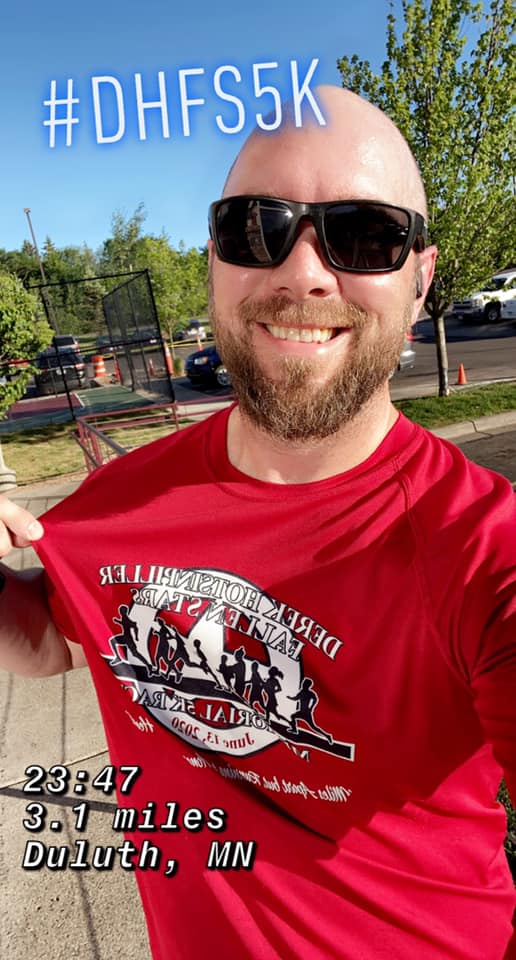 "This isn't a new thing. It has been an ongoing goal, but many things have gotten in the way of making that happen," Hotsinpiller said. "I started vocalizing that goal when we were gearing up for our 10-year anniversary, but then COVID hit."
The 2020 pandemic resulted in a virtual only event. Then, in 2021 the race returned to an in-person event.
"But our first year of getting back into it, I didn't want to push people," she said.
This year, the challenge is on. As of Monday, there were 430 individuals registered to run the Bridgeport race course on Saturday, June 11. Hotsinpiller is hoping that over the next few weeks, that number will surpass 1,000.
"With things pretty much back to normal, it seemed like a good year to push our goal - especially since we crushed our 50-state goal last year," she said.
With anticipated registration expected to be bigger than ever, there will be even more awards presented this year.
For members of law enforcement participating, there's the new Plate Carrier Division, meaning that those officers will sport their weighted chest armor, which can weigh up to 12 pounds-plus. Additionally, all law enforcement officers who run on-site will receive challenge coins.
For civilians, there is the Stroller Division. The top male and female crossing the finish line with an occupied stroller will be awarded.
Awards from past years are back as well: The top three overall male and female finishers will receive trophies and the top three male and female finishers in each of the 12 age groups will receive medals. 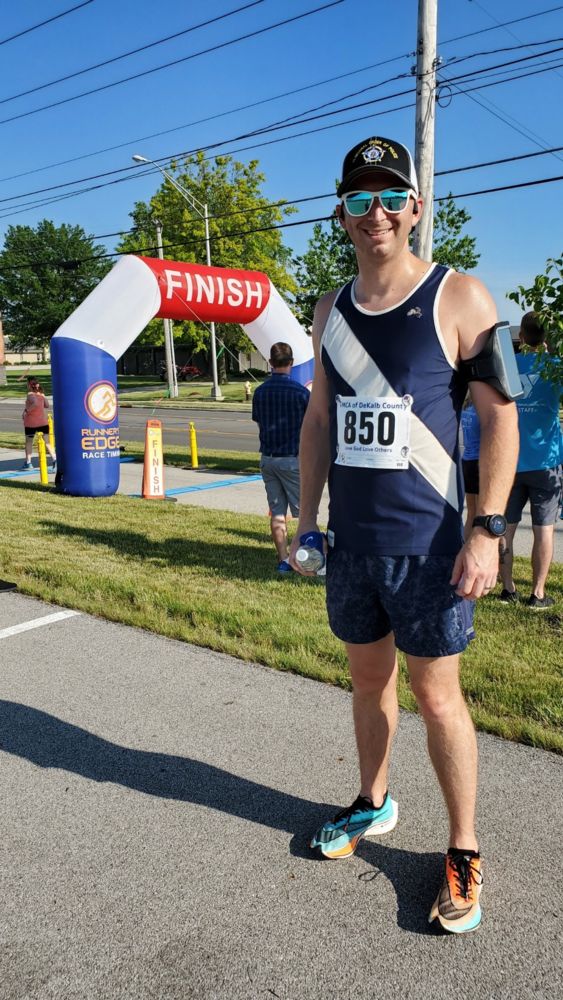 The LEO (law enforcement officer) challenge, Top Cop and Two-Man Team Challenge are also back for 2022.
Although there are lots of awards for top finishers, this event is not just about competition. It's about participation. Whether participants wish to run or leisurely walk, they are showing their support to members of law enforcement.
"These people show up 24/7/365 and it's important that we share appreciation and support for them," Hotsinpiller said.
To promote this year's race, Ashley and her husband/Derek's brother, USMS Deputy Dustin Hotsinpiller (Northern District of WV) mailed out event posters to various law enforcement agencies. The U.S. Marshals Service is flying participants in from Arizona. There will be others flown into the event, as well.
Ashley Hotsinpiller encourages all participants - on-site and virtual - to join the Derek Hotsinpiller Fallen Stars 5K Community Facebook page.
"Join the community so you can share your race experience with us," she said. "We love to see everyone having a good time. It's so important to us to make this a fun, family event."
Even if you aren't participating in the race, you can play an important role.
"We hope to see more people along the route this year," Hotsinpiller said. Whether holding signs of encouragement, blasting music or water guns, the supporters along the route are so very important to participants. 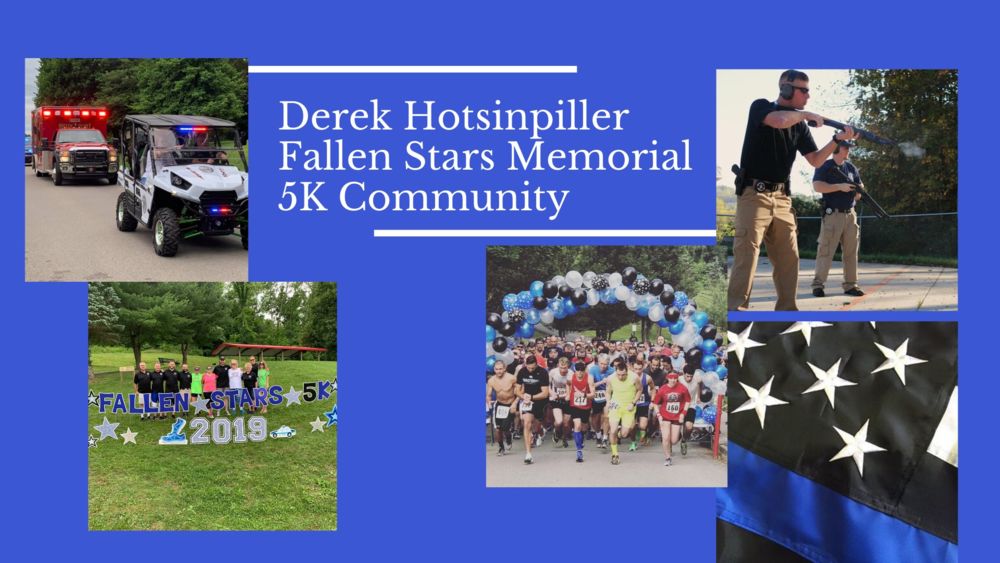 The 12th Annual Derek Hotsinpiller Fallen Stars 5K will take place at 8:30 a.m. Saturday, June 11. Meeting location is Bridgeport City Park. Packet pickup is 7-8 a.m. with an opening ceremony happening from 8 a.m. to 8:30 a.m. Once the gunshot sounds, participants will make their way across Johnson Avenue to Water Street, then up Worthington Drive, past Simpson Elementary and on upward to Pearcy Street, then up a portion of Stout Street, past Compton Park, and onto Long and Hall streets, ultimately dropping down Johnson Avenue to complete the race at the entrance to Bridgeport City Park. Though it presents its share of challenges, it's the same course that Derek Hotsinpiller used to run and why it's the route chosen for the 5K. 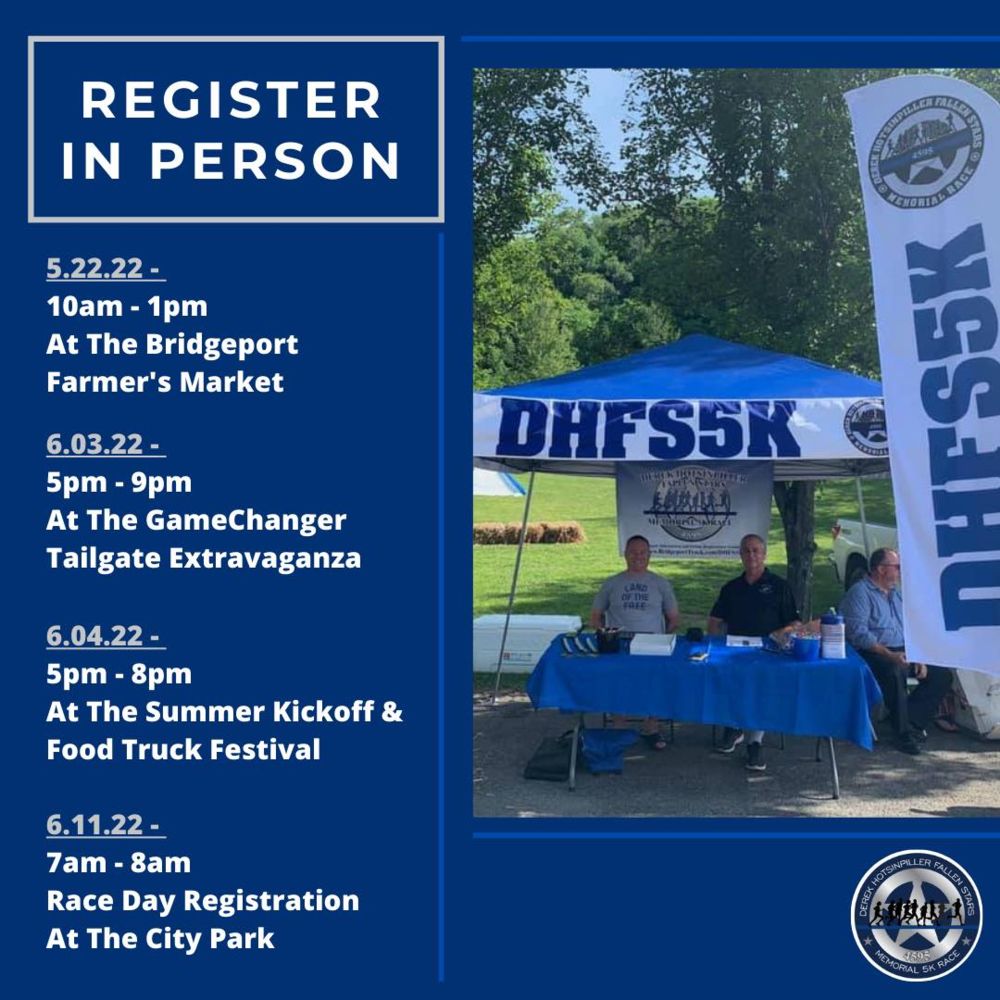 A post-race event will feature plenty of opportunity for prizes and family fun. On site will be The LunchBox and The Sip Station food trucks, face painting by Paint Misbehavin', message therapy by Debbie Thompson, photography by Ben Queen, FBI fingerprinting station for kids, and post-run hydration and recovery IV therapy by Revitalize Health Spa. Also on hand will be information booths for Blue Line K9 and Army National Guard.
Emceeing the event, including presentation of awards, will be Bridgeport's own Travis Jones.
The Hotsinpiller family encourages everyone to register and to ask their friends and family members to do the same. That is, in fact, how the race grew to have international attention.
"It starts with the vision of having it, then everybody spreading word like wildfire," Hotsinpiller said. "We couldn't do that on our own. It's our supporters - the champions of our race - that make that happen."
Register for the 5K HERE. In-person registration opportunities will take place 5-9 p.m. Friday, June 3 at the GameChanger Tailgate Extravaganza at The Bridge Sports Complex, 5-8 p.m., Saturday, June 4 at the ABB Summer Kickoff & Food Truck Festival (Main Street, Bridgeport) and 7-8 a.m. on race day, Saturday, June 11, at Bridgeport City Park.
See below a video testimonial of race committee members, each sharing why the Fallen Stars 5K is so important to them.