By Connect-Bridgeport Staff on January 18, 2022

One in nine Americans age 65 or older has Alzheimer’s disease, according to the Alzheimer’s Association. That’s about 6.2 million people. If current trends continue, that number will likely swell to 12.7 million by 2050.
Paul Chantler—a researcher with the West Virginia University School of Medicine—is working to change those trends. He and his colleagues are investigating the link between chronic stress and Alzheimer’s disease. In particular, they’re using animal models to explore how xanthine oxidase—a naturally occurring enzyme—may sabotage the brain’s blood vessels in Alzheimer’s patients. 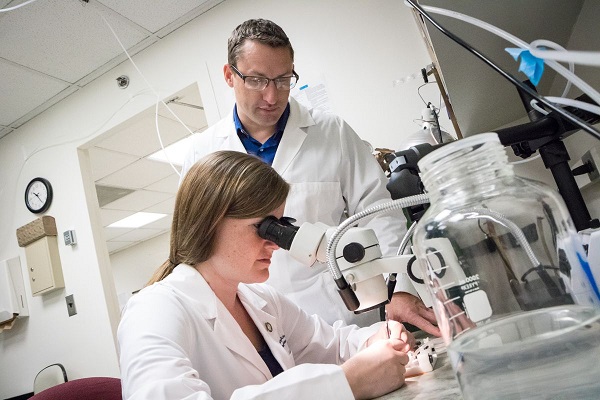 The National Institutes of Health awarded WVU $2 million for the effort.
“Billions of dollars have been spent looking specifically at how amyloid tangles, tau and plaque processes in the brain contribute to dementia,” said Chantler, an associate professor in the Department of Exercise Physiology and the Department of Neuroscience. “The research has done really well in animal models, but when it made it to clinical trials, it’s fallen flat on its feet. So, NIH wanted to prioritize examining the vascular contributions to dementia. That’s where my research fits in well.”
He and his team—which includes School of Medicine researchers James Simpkins and Eric Kelley—want to gain insight into how vascular changes in the brain may exacerbate Alzheimer’s patients’ cognitive decline.
They’ll also identify the effects that chronic psychological stress has on the disease’s progression, and they’ll use a medication to block the problematic xanthine-oxidase pathway and see whether doing so keeps the brain’s vasculature healthy.
“Can we, one, use stress to accelerate the pathology of dementia?” Chantler said. “We think that we can. Two, can we delay Alzheimer’s pathology by giving this drug? Three, if we reduce stress and use the drug, do we have double the beneficial effect?”
What they learn could suggest new therapies for preserving the memory and cognition of Alzheimer’s patients and people at risk of developing the disease.
“If you know stress is a risk factor for dementia, then obviously you try and alleviate that stress,” Chantler said. “But, also, the drugs we’re using to block xanthine oxidase currently seem to prevent the vascular dysfunction that we see with dementia. Now, we’re currently looking at whether that leads to cognitive improvements, but it’s really exciting to say, ‘Well, even if you have a family history for dementia, maybe there are drugs out there that can diminish or delay some of the pathologies.’”
Research reported in this publication was supported by the National Institute of Neurological Disorders and Stroke of the National Institutes of Health, under Award Number R01NS117754. The content is solely the responsibility of the authors and does not necessarily represent the official views of NIH.
Editor's Note: Photo: WVU School of Medicine researcher Paul Chantler (rear) is studying the link between chronic stress and Alzheimer’s disease. By learning more about how a certain enzyme contributes to Alzheimer’s progression, he and his team can uncover new possibilities for slowing the disease’s progression or onset. (WVU Photo/Aira Burkhart) 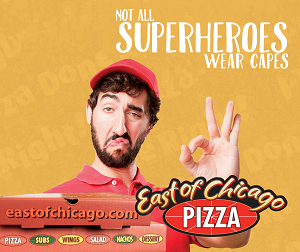