Outside the Tribe: Moments are what matter when it comes to Bridgeport athletics

By Chris Johnson on January 12, 2020 from Outside the Tribe

I stepped on the mound with a little more confidence than a pitcher with a batting practice fastball and an unreliable breaking ball had the right to have.
First pitch was low and outside. Second pitch, Ricky Paugh didn’t just make contact. He hit a ball that I’m pretty sure is still in orbit.
When the roles were reversed in the top of the next inning, my fortune didn’t improve as I struck out swinging on three Paugh fastballs.
Way back in the jurassic period before social media, online scouting reports and the internet in general, word had made it all the way to Philip Barbour that Ricky Paugh was good at baseball. It took me all of five pitches in person to confirm it.
That sequence is the earliest memory I have of Bridgeport sports.
There were more high school games I participated in against Bridgeport before I graduated and went off to Marshall University where I learned I was much better at writing about athletes like Ricky Paugh than competing against them.
It wasn’t until 1999 or 2000 when I saw another game involving Bridgeport. I was working in Parkersburg at the time and was on assignment in Beckley covering a basketball tournament. Parkersburg South High School was the primary reason I was there. But as I tend to do with such events I showed up early and caught a girls game involving the Indians. 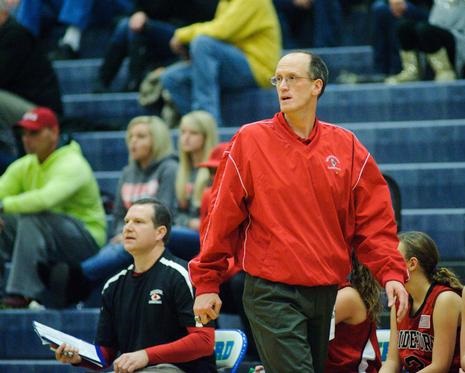 Two thoughts stood out: Erica Rome is pretty darn good at basketball and the coach (Dave Marshall) seems to really, really like man-to-man defense.
I can’t tell you off the top of my head who the Bridgeport girls played that day. I have no idea if they won or lost. Same thing with the Ricky Paugh game, I have no idea what the score was.
I am a meticulous stat and records keeper. So much so, that two years ago I was asked to take over as the caretaker of the WVSSAC postseason football stats that are tracked by the NFHS and the records that appear in the playoff programs.
So, if I don’t have a stat or score or win-loss total in a notebook or on zip drive, I know how to track them down. However, I also don’t think in the big scheme of things any of those numbers matter. At least not as much as the moments.
For example, I know Dylan Tonkery set a Class AA Super Six record for rushing yards against Frankfort in 2014, but I don’t have the exact number of yards committed to memory (it felt like it was at least 6 gazillion). I will however never forget standing on the sidelines watching everybody’s jaw drop in Wheeling Island Stadium as they marveled at his performance.
High school athletics are about moments.
Moments like being able to make jokes about a Ricky Paugh home run 30 years after the fact.
Moments like finding out my initial impression of Coach Marshall was accurate. He loves man defense as much as he loves getting to bed early and getting a good night’s sleep.
It didn’t take long after moving back to the area and covering Bridgeport athletics on a regular basis for the moments to start piling up.
Right now, I can’t tell you without looking how many points Jordan Haywood scored in that overtime victory at the state tournament against Westside. But I can tell you he was the best player on the Civic Center floor that day.
I’m not sure how many wins Bruce Carey ended his coaching career with but I know I could sit in his office for hours and talk about football or gardening or whatever else might come up. 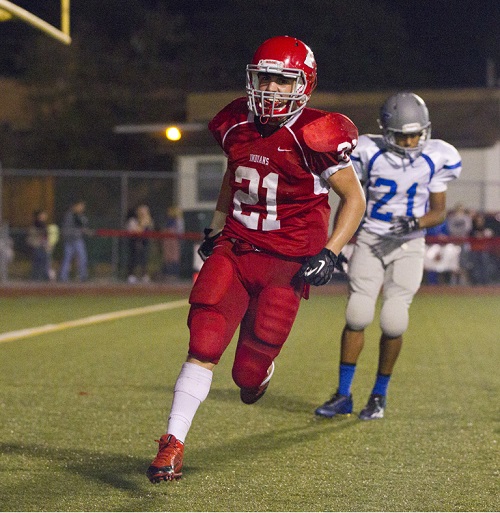 I remember the hit Dante Bonamico delivered on Wayne’s Mason Hodge that unofficially passed the “toughest player in the state” torch from Mason to Dante.
I was there for McKenna Smith’s first race and I was there for her last race. I would have to look up her record-setting times but I can tell you in between those two races, she became the most dominant female track and field athlete the state has ever seen while being one of the nicest persons to ever grace the planet.
I know if I want to talk Tarantino movies, all I have to do is find Abe Merinar. If I want to argue Shawn Kemp vs. Dominique Wilkins dunks, Ryan Sprouse is my guy. If I have a Def Leppard or Iron Maiden setlist question, I’m looking for Robbie Buffington.
I know how to pronounce Gianina Renzelli and how to spell Brayden Lesher.
However, I have no idea how Jared Cleghorn didn’t make the all-tournament team in 2015 (I know the heart of this piece isn’t about stats and awards, but a complete-game two-hit shutout in a state title game, are you kidding me?!)
I know I owe Jon Griffith at least three cases of Diet Mountain Dew.
I know Mitchell Winkie and Carson Winkie were amazing high school football players. Being a concert cello player is just as cool and going to the Naval Academy is even cooler. My fellow Baltimore Orioles fan, Brady Weaver going to the Air Force Academy, is not too shabby either.
I still use at least six words or phrases Gene Randolph created in everyday conversation and Dennis Hutson has never had to raise his voice to me.
I’ve seen a lot of great games, state titles, all-state seasons, player of the year seasons, school and state records shattered. All of it has been great. 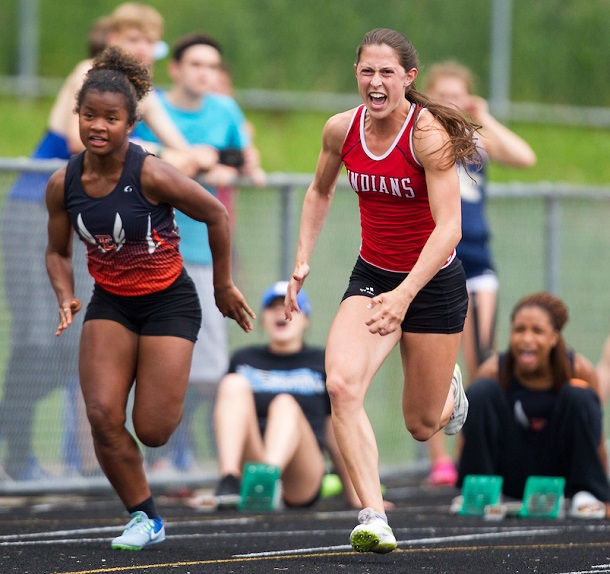 But nothing tops memories like standing in the snow at Wheeling Island Stadium watching Anthony Bonamico swat away a pass attempt in the end zone to secure a state title or watching Coach Marshall and Miki Glenn embrace after the school’s first girls basketball state title.
Those two moments are also my two favorite sports photos of all time. I see either of them and I don’t even care what the score was and I can close my eyes and trasport myself back in time to when they happened.
That, my friends is a moment.
It’s a new year, a new decade and I have a new job. Changes are all around but I don’t count on Bridgeport moments coming to an end anytime soon.
Just maybe I will find one or two that will stick around as long as Ricky Paugh’s home run.
Editors Note: Top photo shows Dave Marshall, Dante Bonamico shown in second photo. The third photo shows McKenna Smith.