By Connect-Bridgeport Staff on November 19, 2020

The 37th Annual Frank Loria Awards Banquet, sponsored by the Clarksburg Columbian Club, in  cooperation with the Harrison County School System, to honor the All Harrison County Football First has been rescheduled as a virtual event for December 2, 2020 at 6 p.m.
The honored guest speaker at the virtual Banquet will be Coach Neal Brown, West Virginia University’s head football coach.
“We think Coach Brown is one of the best in collegiate sports. Not only is his team having a great season in just his second year, but every one of his players displays a respect for the game, their opponents and WVU that only can come from the leadership of a great coach," said 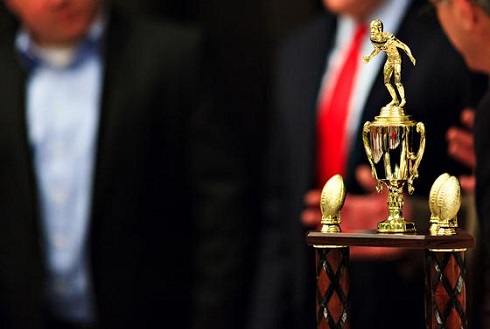 Loria Banquet Chairman Mike Romano. "That kind of student-athlete is who we honor in Frank Loria’s memory and that makes Coach
Brown the perfect person to speak to each of the players being honored. We just wished it could be in person.”
Also addressing the honorees will be Former Harrison County Superintendent, now Glenville State College president, Dr. Mark Manchin, and current Superintendent, Dora Stutler.
“We will make it a great virtual evening for every student-athlete,” commented Dave D’Annunzio, Banquet CoChairman.
Top honors include the coveted Loria Award for the "Most Outstanding Football Player of the Year" and the “Loria Lineman of the Year” given to the most outstanding All-County lineman. One county head coach will win the Frank Loria “Coach of the Year,” a much 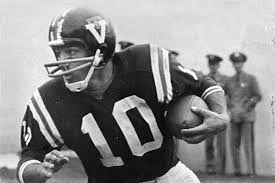 anticipated honor, and the "Frank Loria Academic Achievement Award" will be awarded to a member of the All-County Football Team based on academic performance.
All recipients of these Awards are selected by area high school head coaches and sportswriters by closed ballot. The Frank Loria Scholarship winner selected from the All Harrison County Football First Team will also be announced.
The Loria Awards Banquet celebrates the high athletic and academic standards of Harrison County native Frank Loria -Virginia Tech University’s first All-American in 1966 and first Consensus AllAmerican in 1967 including Academic All-American Honors. “Frankie Paul,” as he was known to his family and friends, went on to play professionally and eventually coached at Marshall University.
Frankie died at the age of 23 in the tragic 1970 MU plane crash with nearly the entire football team. This year marks the 50 Anniversary of the plane crash.
In addition to their individual awards and plaques, each student-athlete will receive a recording of the entire virtual Banquet along with a highlight reel honoring the All Harrison County Football First Team courtesy of WDTV and an individual portrait of each player.
The public can join this year's virtual Banquet by logging onto the Harrison County Board of Education’s website at harcoboe.com. A link to the virtual Banquet will be available on the website.