One of the most popular events that ushers in the upcoming Bridgeport High School football season is back and, once again, it is expected to be a sellout.
Travis Jones, “The Voice of the Indians,” has announced the Annual Indians Football Steak Fry that helps kick off the season is scheduled. It will take place August 21 at 6 p.m. at the Quality Machine Pavilion just past the entrance to Route 131 off of U.S. Route 50 East. 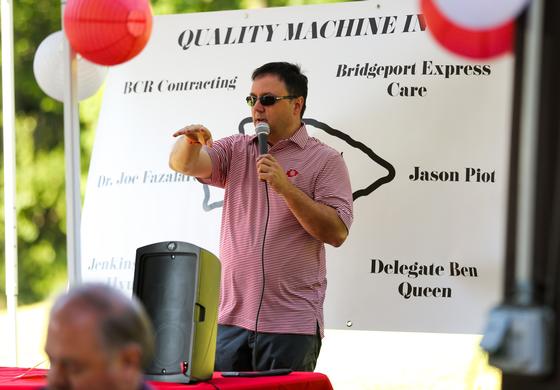 Along with a return to the event after a one-year hiatus, the steak fry will feature something new this year for those attending. It will mark the debut of new Coach Tyler Phares to discuss with those in attendance his thoughts on the upcoming year.
“Coach Phares will preview the year, talk about the personnel and he’ll talk about staff changes and introduce the individual coaches along with his vision of the program,” said Jones. “I imagine he’ll also talk about the weight room expansion project, the need for it to be completed and the overall health of the program.
“I’m certain he will also talk to those gathered about having the kids involved at higher numbers as well,” Jones continued. “Since it appears we’ll be in ‘AAA’ for the foreseeable future, numbers are more critical than ever.”
While Phares’ commentary is one of the highlights, the event focuses on food, fun, and conversation. Along with having a good meal, Jones 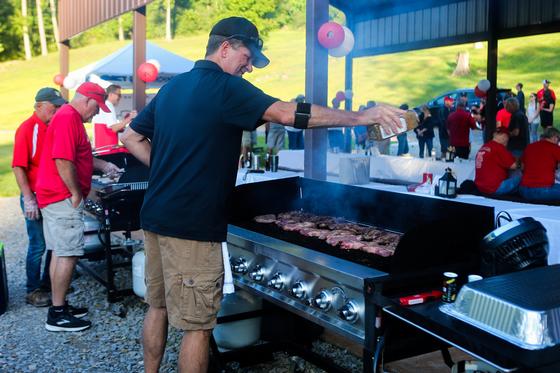 said there is plenty of interaction between the parents and fans that regularly come and there are plenty of chances to talk individually to coaches.
“It’s just an opportunity to bring fans together and get excited about the season and have a night of camaraderie between the community and those involved with program,” said Jones. “A lot of players’ parents, program supporters, the coaching staff, the administration and anyone else are able to break bread and talk football.”
The bread that is broken is all you can eat steak, chicken, sides, and desserts. Drinks are also included.
There are 125 tickets available, and Jones said they sell out every year. He said there are generally a few 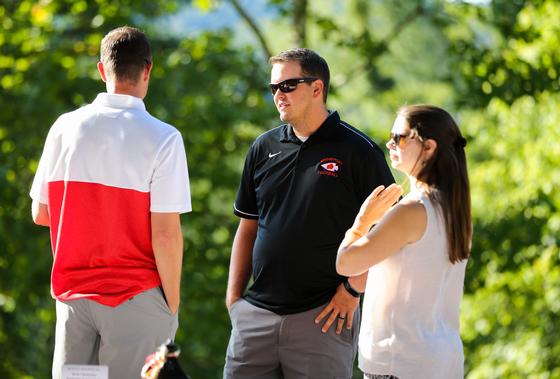 walkup tickets left and occasionally they sell a few more than the 125. The proceeds raised will benefit the football program.
“We’ve never had to turn away anyone,” said Jones.
Along with the food there will be a silent auction and door prizes. The cost of a ticket is $35.
To reserve your ticket, call or text Jones at 304-625-1420. Jones said the tickets will be held and paid for at the gate. Jones also reminded those attending that the pavilion is covered, and the event will take place rain or shine.
Editor's Note: Top photo shows Travis Jones, while steaks are being grilled in the second photo. Bottom photo shows then assistant Coach Tyler Phares at the 2019 Steak Fry. Photos by Ben Queen Photography.