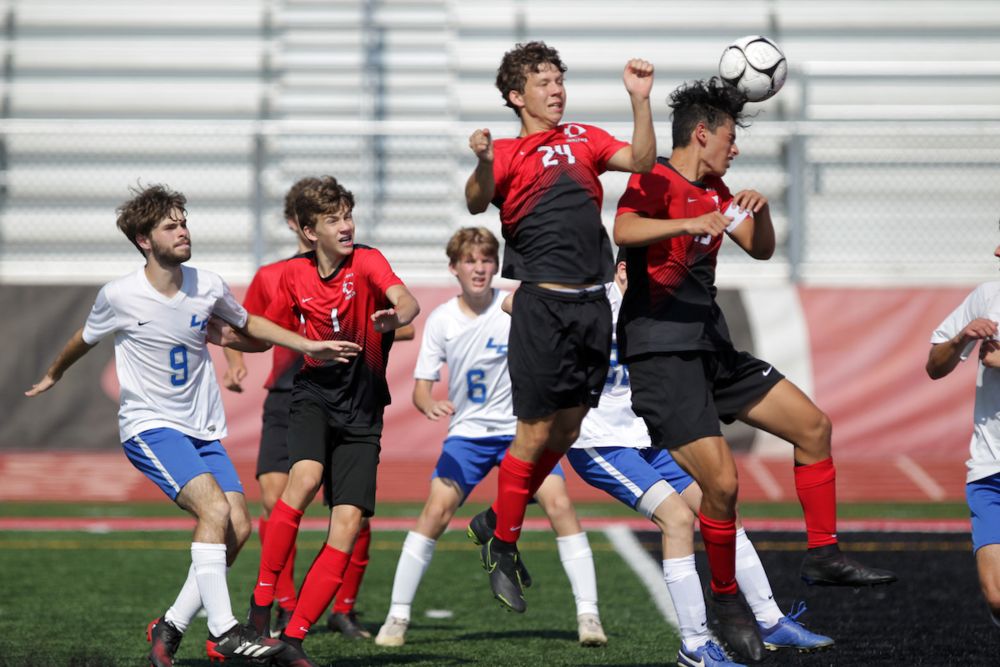 Bridgeport boys soccer coach Keith Dumas knows he has a variety of players who can score a goal at any given time.
The Indians’ last time on the pitch though, was just one of those days where nothing was finding its way into the goal. BHS played well and played mostly on its side of the field but had to settle for a 0-0 tie last Saturday against Lewis County at Wayne Jamison Field. 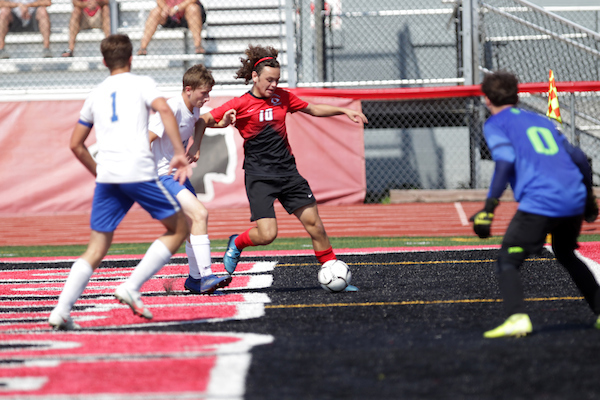 “It’s frustrating because we played extremely well today, we just could not put the ball in the back of the net,” Dumas said following the Lewis County match. “I don’t know how many shots we had. I know at one point in the first half we had seven shots and only one was on goal. The opportunities are there and we are creating them. We break down their defense and we do what we are supposed to do but we just could not put the ball in the back of the net.
“It’s a little surprising to me this year because I thought that was the one thing we weren’t going to have an issue with. But our defense played really well, and they have been playing really well all year so far. The finishing on offense will come though.”
The Indians finished with 19 shots on goal, while the Minutemen had just one.
The tie put Bridgeport’s record at 2-2-1 heading into today’s game at home against Preston.
Prior to the Lewis contest, the Indians had a different type of finishing issue as Liberty overcame a 3-0 deficit to pick up a 4-3 victory.
Brock Amos, Haden McCarthy and Kyle McCarthy had goals against the Mountaineers. Julian Orlando had a pair of assists and Kyle McCarthy added one assist.
The loss to Liberty snapped a two-game win streak where the Indians didn’t allow a shot on goal in a 5-0 win against Notre Dame or a 4-0 win on Senior Night against Robert C. Byrd. 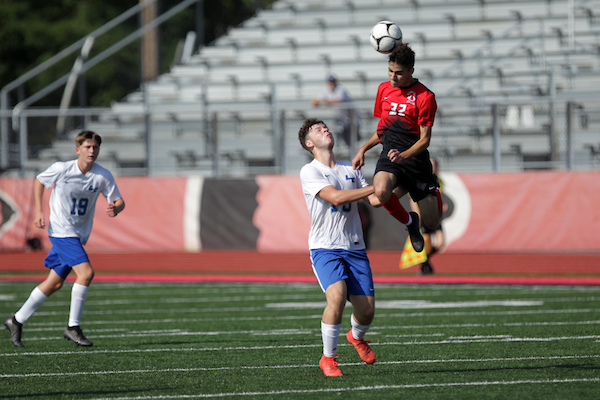 Amos and AJ Dinaldo each had two goals for the Tribe against the Irish, while Lucas Anderson scored once. Five different players had assists in Josh Jackson, Ezra Myers, Joe Reinhart, Haden McCarthy and Tyler Norman.
Luke Malenich, Tyler Blythe and Levi Clayton all spent time in goal for the combined shutout against Notre Dame.
Malenich had the goal all to himself against RCB and picked up the shutout.
Amos made it two games in a row with two goals, while Dinaldo and Haden McCarthy each scored a goal against the Eagles. Orlando, Kyle McCarthy and Joseph Rowcroft provided assists.
Following tonight’s game, the Indians will hit the road for a Thursday showdown with Grafton.
A home game against Morgantown is scheduled for Saturday but with Monongalia County being red on the county alert map, that game has been called off. Dumas said they are trying to find a replacement game.
Editor's Note: Top photo features Brock Amos and AJ Dinaldo. Second one shows Julian Orlando, while bottom one shows Burhan Khosa. Photos by www.benqueenphotography.com