In a normal year, the three-week summer practice period isn’t a time that is a good representation of what Bridgeport High School football is all about. 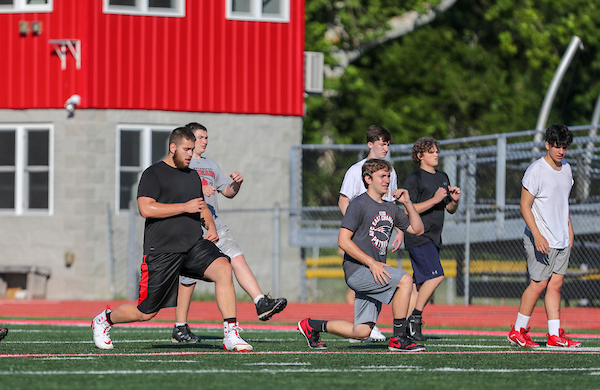 Not that the coaching staff for the Indians doesn’t make the most of the time they are given, there is just only so much a run-oriented, power football team that thrives on being physical can work on.
Complicating matters for the Class AA defending state champions, who are staring down a move up to Class AAA this fall, the COVID-19 pandemic brought with it a whole new laundry list of restrictions and guidelines. No helmets, no 7-on-7 events against other teams, no contact and very little of the things that have defined a program with 10 state titles on its resume.
“The whole period for us isn’t very realistic just by the nature of what we do,” BHS head coach John Cole said. “Except for the defensive backs, Coach (Adam) King and Coach (Jed) Reed have them doing a lot of 7-on-7 intra-squad, but then again, the kids have to stop and pull up.
“There’s just not much you can do. When we were working on offense, we were going against garbage cans. We were not nearly as aggressive as we could be where we are wearing helmets. Nott that we we would be tackling each other or anything, it’s just different. 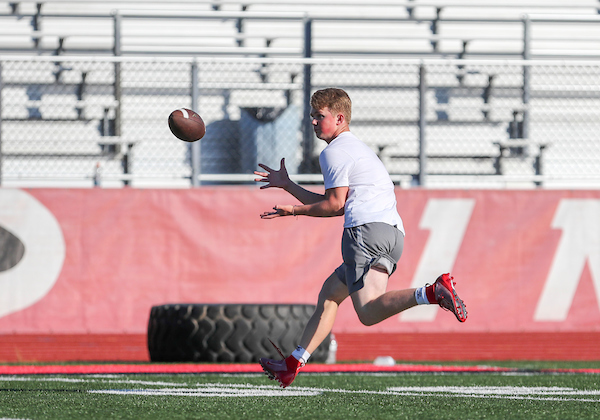 “We need to hit, we are a power football team, so it’s a little tough to go in June, especially with the individual drills, like me with the line. We can do a lot of technique stuff but you are going up and stopping, you are keeping your face out of there, your chest out of there. It makes it difficult.”
Still, Cole believes something is better than nothing and said he thought for the most part he had a solid turnout first with the WVSSAC phases one and two were athletes were allowed to condition which led right into the three-week period.
“The kids came in and worked hard,” Cole said. “I’d say we averaged somewhere in the low 30s every day and that’s a pretty good turnout. Thankfully, we could go real early in the morning. Our hope was to beat the heat number one and then give those kids time rest up if they had to go to another sport.
“Then with the guidelines, we had kids that needed to be tested and that’s four or five days right there. If kids go out of state they had to be tested. It was a little more stressful this year to say the least so having to deal with all of that, our numbers were pretty good.”
Cole said the coaching staff was able to work in some new install on both sides of the ball in addition to some technique work. The hope is that by going through the motions that what the players went over during the past three weeks will stick with them and not need to be re-taught when practice starts in the middle of August. 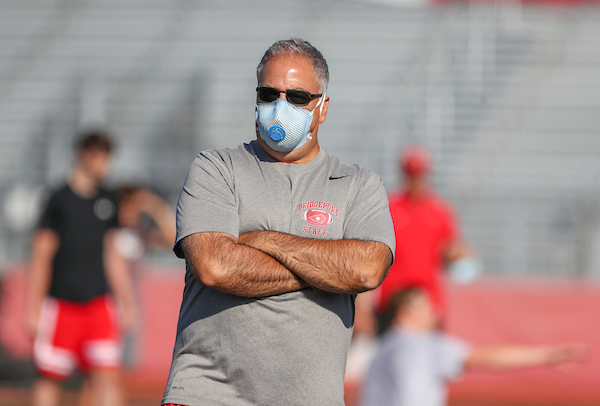 “Hopefully they make that transition from going through it without contact to being good at it when the contact comes,” Cole said.
The most important thing BHS football players can do now in the few weeks before Aug. 17 (the date fall sports teams will be allowed to begin practice) is to continue putting in the work in the weight room. And that’s something that has never been a problem at BHS. Cole said since January, they have averaged 15-20 kids in the weight room every day.
In other football news, it was announced on Tuesday that the Indians will face Huntington at Wayne Jamison Field on Oct. 30. That gives BHS a 10th game for the 2020 season replacing the season opener against Lewis County which was canceled when the start of the season was pushed back to Sept. 4.
Also, Bridgeport's game at Musselman has been pushed back one week to Nov. 6.
Editor's Note: Photos of the BHS football team during the three-week practice period by www.benqueenphotography.com