You must go back a bit; to August 30 to be exact. That’s where you’ll find Bridgeport’s regular season-opening game with Lewis County where the Indians prevailed in Weston by a 28-0 score.
You won’t have to wait that long for the two teams to meet again. In fact, they’ll be meeting this evening at Wayne Jamison with a different set of circumstances. 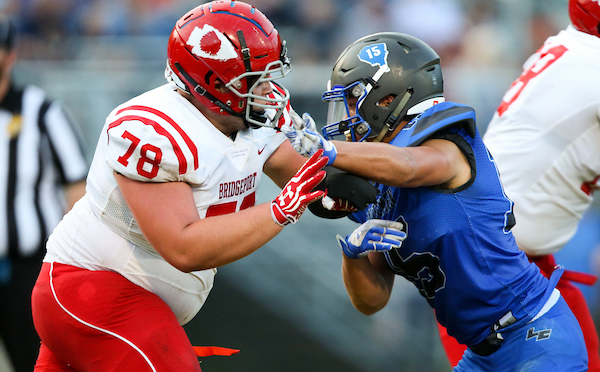 Tonight, in Bridgeport, the 9-1 Indians and the 7-3 Minutemen will meet in the first game of the postseason. The battled between Class AA No. 2 BHS and No. 15 Lewis County will kick off at 7:30 p.m.
The postseason isn’t the only thing different. Bridgeport Coach John Cole said the Minutemen aren’t the same team his club faced back in the hot days of August.
“Scheme wise, they’re still doing the same things, but they’re doing a lot of different things out of it. What they’ve done is find things that work for them and they’re utilizing it and utilizing it well,” said Cole. “Their defense is better, which was good against us early, and their offensive line has gotten better.
“I don’t know how much they’ve improved since game one, but they’ve improved. You don’t win seven games by accident,” Cole continued. “The one thing positive for us is that we’re a different team, too, and I think we’re better than we were in that first game.”
Cole expects Lewis to come out in what he calls a double wing-T formation. He said they will try and do a lot of things Keyser did offensively in a similar formation against the Tribe. 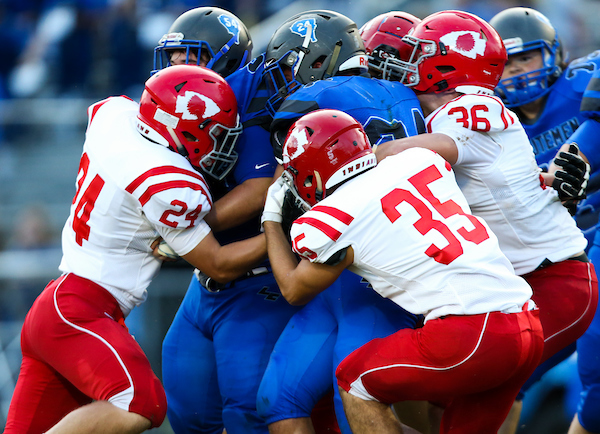 “They lost their quarterback, or at least he appears to be out (senior Nic Kuhn) and (Jaycob Smith) has been filling in,” said Cole. “He’s deceptively quick and they run a lot of misdirection with him.”
The Minutemen also have junior running back that Cole said can be a handful. He said his team has been put on notice about Marshall Hobbs.
“The Hobbs kid is really good. They run a lot of inside traps with him. If he gets second level, he’s hard to deal with,” said Cole. “He reminds me a bit of Jake (Bowen) when he gets to the second level.”
It will be a familiar group of names looking to slow down the LCHS attack. The defense is led by Carson Winkie with a team-high 63 tackles, while Trey Pancake is right behind with 44 and JT Muller has 43.
Offensively, Bridgeport has almost a completely balanced three-headed rushing attack. Incredibly, Pancake, Henderson and Winkie either have the same yardage totals or are separated by just one yard.
Pancake has 553 yards on 80 carries (6.9 yards per carry) with seven touchdowns and Brian Henderson also has 553 yards on 113 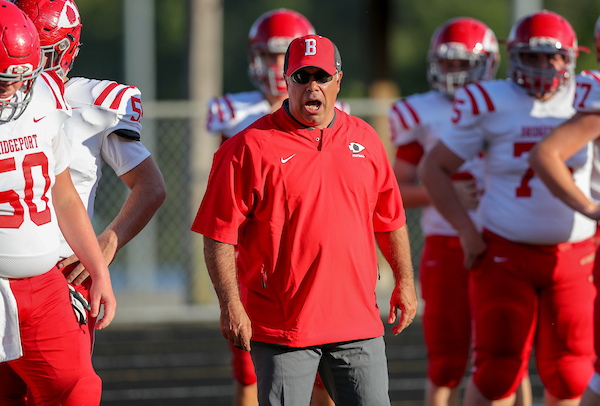 carries (4.9 yards per carry) with seven touchdowns. Winkie is just behind with 532 yards on 94 rushes (5.7 yards per carry) with a team-high 10 touchdowns.
Make no mistake, Bridgeport will use all three of those backs and a host of others as it looks to advance to the quarterfinal round. Barring something off the grid, the Tribe will look to use the same ground control offense and punishing defense they have employed for decades.
“It’s the same with us, but what’s a little different is that with the exception of Smitty (senior Elijah Smith lost to a knee injury earlier this year), we’re relatively healthy going into the playoffs,” said Cole. “The kids are pretty focused and know that the first game doesn’t matter for the most part. Of course, they’re never as concerned as the coaching staff wants them to be, but they know if they lose their season is over and for a lot of them their careers are over.”
The Bridgeport-Lewis winner will play the winner of tonight’s No. 10 Mingo Central at No. 7 Shady Spring contest. That game is also at 7:30 p.m.
The game will be carried live on 103.3 WAJR FM. “The Voice of the Indians” Travis Jones will be joined by Chris George in the booth to call the action.
Editor's Note: Top photo shows the Tribe's Michael Watkins battling with Lewis County's Ryan's Smith, while Marshall Hobbs (24) is gang tackled by J.D. Love (24), Sam Drake (35) and Carson Winkie (36). Coach John Cole is shown pre-game during the regular season showdown with the Minutemen. Photos by www.benqueenphotography.com.