Class AAA No. 8 Bridgeport (3-1) is back at Wayne Jamison Field on Friday for the annual showdown with Robert C. Byrd (2-2).
Kickoff is set for 7 p.m. and the game will be broadcast live on WKMZ 103.3 as well as www.bridgeportindiansfootball.com. The “Voice of the Indians” Travis Jones will provide play-by-play with Chris George on color commentary and Brent Kimble with sideline reports.
The Indians lead the all-time series in the rivalry, 25-5 and the Eagles have not defeated the Indians since 2010. 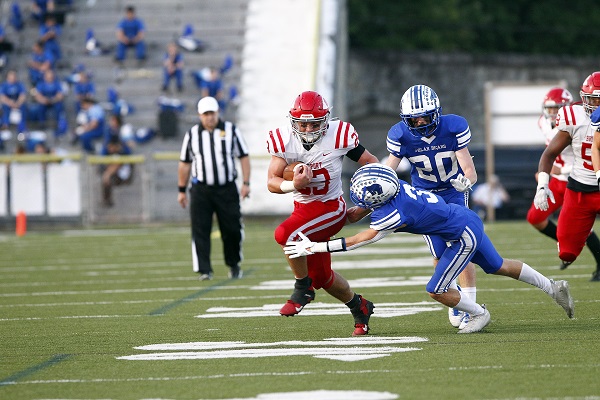 Still, it is a rivalry game and one with plenty of familiarity on both sidelines.
We want to make sure they are the right mindset and come out and play Bridgeport football,” BHS coach Tyler Phares said.
BHS is coming off a 24-21 win against another rival, Fairmont Senior, last Thursday. Taylor Thomas kicked a career-best 37-yard field goal with just over 3 minutes to play and the Indians defense took care of the rest.
Thomas’ field goal capped a 16-play 60-yard drive that ate up the majority of the fourth quarter.
“I was told when I got here that Bridgeport likes to control the ball, control the clock,” Phares said. “I think we were able to do that.”
The Tribe had 11 players out injury and several that played while being banged up. With that game being on Thursday it gave the Indians an extra day to heal some of the bumps and bruises. However, the injury issue struck again on Wednesday as standout sophomore lineman Wes Brown fractured his Fibula.
Offensively, the Indians are averaging 363.3 rushing yards per game.
Four different players have already topped 100 rushing yards with Phil Reed leading the way with 471 yards on 57 carries and six touchdowns.
Zach Rohrig, who missed the first two games of the season with injury, has ran for 307 yards on 34 attempts in two games with four touchdowns.
Ty Martin also has four touchdowns to go along with 268 rushing yards on 30 carries.
Charlie Brazier adds 139 yards on 27 carries. 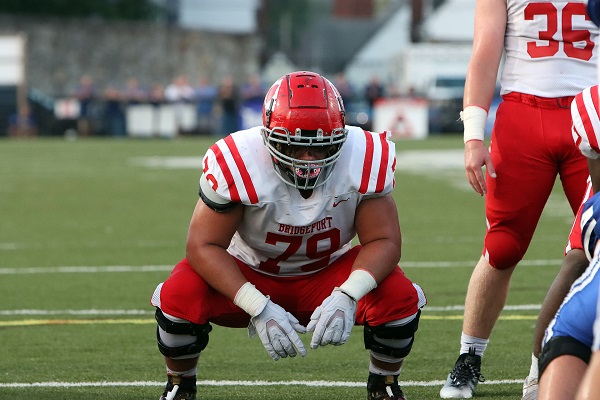 Reed is also the Indians’ leading tackler with 30 and is one of nine players who have reached double digits.
Tanner Hathaway and Josh Love have 26 and 22 tackles, respectively. Aidan Sparks and Cam Hess each have 14. Cale Culicerto adds 13, Rohrig and Ryan Hall both have 11 and Kamar Summers has 10.
Sparks also has a team-best 4.5 tackles for a loss. Summers and fellow defensive lineman Mario Galindo each have 3.5 tackles for a loss.
The BHS defense will be tasked with trying to limit the big play ability of RCB quarterback Nick George, who is one of the team’s top rushers and has passed for more than 300 yards with four touchdowns in each of the Eagles’ victories.
Phares said the biggest difference for RCB’s offense compared to that of Senior’s as well as the opponent two weeks ago, John Marshall, is that George and the Eagles will stretch the field a little bit more
Editor's Note: Top photo features Reed trying to shake loose from a Fairmont Senior defender. In the bottom photo, Summers awaits the snap. Photos by Joe LaRocca.