For Bridgeport High School golfer Mitchell Duez, the season boils down to peaking at the right time.
That theory bodes well for the Indians, who are coming off a week that saw them pick up two victories and finish in second by one stroke in another match. 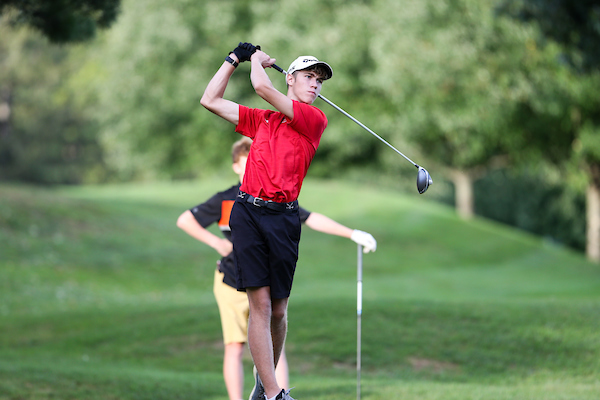 The Tribe has three away matches scheduled for this week, including one at East Fairmont today, the the Big 10 Conference meet is set for Sept. 20 at Bel Meadow.
In the two victories last week, Duez shared low medalist honors. First he shot a 41 along with Notre Dame’s Anthony Rogers in a match that also included Lincoln at Bel Meadow. Then in their last home match, Duez and fellow senior teammate Marra Johnson each shot a 42 for low medalist honors.
“I had never been low medalist before and I was two times in the same week,” Duez said. “I feel like I am playing pretty well right now. There were some struggles early in the season but I’ve been playing with more focus and as far as my game itself, I’ve really worked on improving my backswing.”
Sandwiched between those two wins was a 171-170 loss to Morgantown but even in that match, BHS took low medalist honors with Connor Messe shooting a 40. Ryan Hamrick added a 43 that round and Duez and Johnson each finished at 44.
The 42s for Duez and Johnson (who also competed in the girls state championship match and finished ninth overall last week) were part of a team score of 172 that was good enough to beat University, Robert C. Byrd, Elkins and Lewis County last Thursday.
Jayden Gregory added a 43 and Hamrick finished at 45. 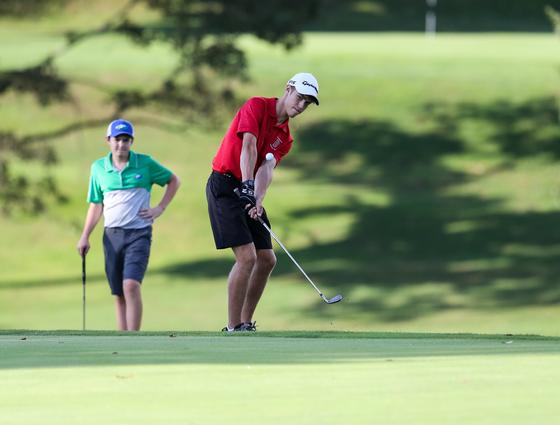 “As a team, I think we are playing our best golf right now,” Duez said. “I feel like we are in a position to make some noise at the Big 10 meet as well as the regionals and states.”
Duez, who is also a standout on the BHS boys basketball team has also successfully been juggling his time between golf and the Indians’ fall basketball league.
“It’s been going pretty well,” Duez said. “A lot of days it’s play a match and then go straight to the gym for basketball."
Following today’s match at East Fairmont, the Indians will be at North Marion Wednesday and Lewis County on Thursday.
Editor's Note: Photos of Duez courtesy of www.benqueenphotography.com