Getting to Know Derek Starkey; Question and Answer Session with Standout Football Player/Wrestler 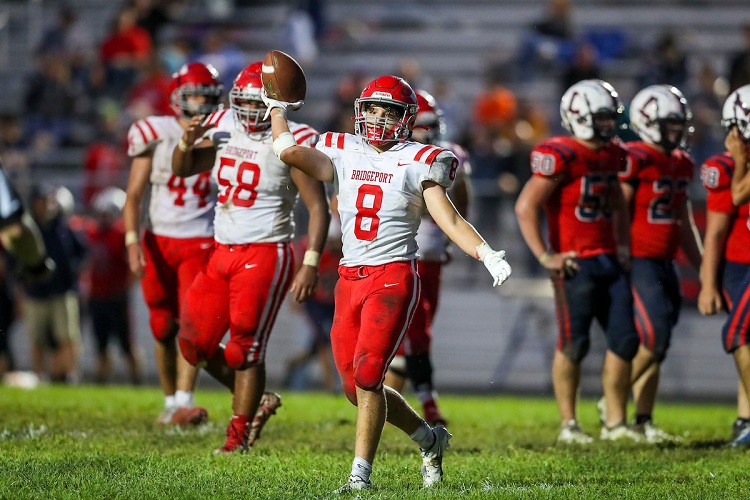 What’s your favorite movie?
That is a hard one but I really like Scarface because my parents put me on to that one and it’s a classic.
Who is the best high school athlete you have competed against?
I’ve definitely competed against some good football players. I’d say some of the wide receivers from Fairmont Senior like Kayson Nealy, he’s a pretty good athlete. But with wrestling I would say Gavin Quiocho from Parkersburg South was definitely my best competition. He’s a nationally ranked wrestler.
Favorite subject in school?
I excel in science and math, I want to pursue a career in those so I really enjoy them.
Any pre-meet or pregame superstitions or rituals?
I have to listen to my same pregame playlist before warm up for both football and wrestling. I always do a pregame prayer before both and all my friends usually snap me so I will talk to them for a little bit.
What match or game of your career sticks out the most?
My freshman year whenever we played in the state championship game for football, that was probably the most fun game I’ve been a part of and the most memorable for sure. I really bonded with a lot of the seniors and I was part of that team. My most memorable wrestling match would have been against Connor Spaulding at Winner’s Choice in Fairmont. I placed first or second that year. 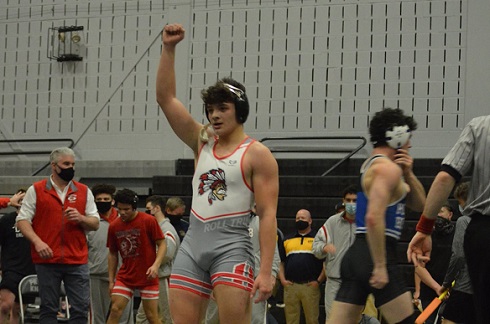 What one word best describes Coach Phares or Coach Courtney?
For Coach Phares, I would say relentless. He’s always striving to make us better. There are so many words to explain Coach Courtney. He’s an extraordinary coach and I have a really good personal relationship with him.
Celebrity Crush?
I wouldn’t say a crush but somebody I thought was really pretty growing up is Rihanna.
Not counting anything with playing sports, what’s the best part of it being Fall?
The weather and I love playing sports in the fall weather. I love the hoodie weather.
Who’s the funniest runner on the BHS football team?
Kamar Summers, he’s always cracking jokes.
If they would let you have a walk-up song, what is playing?
It would be the same for both sports, I would go classic with Enter Sandman by Metallica. You can’t go wrong with that one.
Where’s one place in the world you have never been to that you would like to visit?
I would love to visit Italy for sure. I love Italian food.
Favorite meal?
I would definitely say I like manicotti and I like tortellini and you have to have garlic bread. 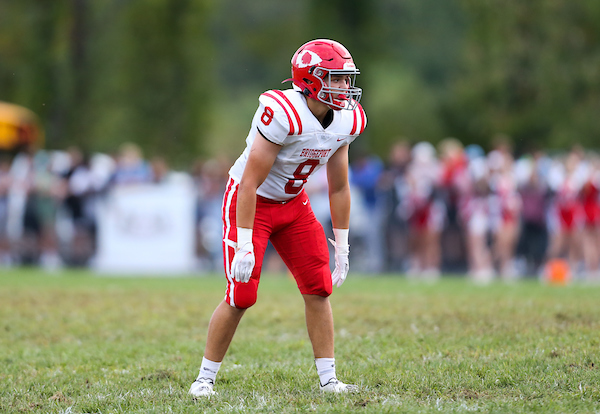 Favorite pro or college athlete?
Marcus Mariota I think is my favorite athlete of all time. I started wearing No. 8 because I always watched him when I was in pee wee and middle school and just kept that number.
Favorite pro or college team?
I like the New England Patriots even though Tom Brady went to Tampa Bay.
What’s the worst candy you can get when you go Trick or Treating?
The worst candy I could get is M&M’s. Not an M&M’s fan. The best is definitely Reese’s.
The coolest animal at the zoo?
The lions or the tigers.
What’s one thing it seems like everybody you know likes but you can’t stand?
Everyone likes not having busy work in school but I like to stay busy. I don’t like to sit there and twiddle my fingers.
The best thing on TV right now is?
The TV show Atlanta.
You have control of the stereo in the car, what’s playing? 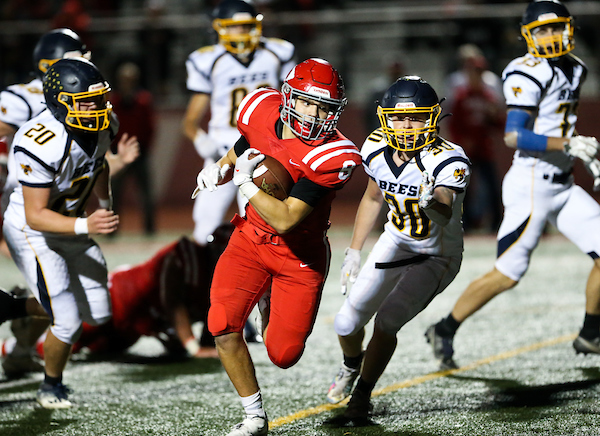 Some 42 Dugg, some Lil Baby or some Future.
What is the most important thing being an athlete at BHS has taught you?
It’s taught me that I’m not just responsible for myself but also I’m part of the cast for the character of Bridgeport. Every time I step out and away from the field I’m representing Bridgeport High School and I have to act like that so I always try to carry myself with some pride and respect.
There’s a young kid in the community just getting into football or wrestling, what advice do you give him or her?
Make a connection with the coaches. The coaching staff at Bridgeport whether it be football or wrestling, they are extremely helpful. They will make sure you get the stuff that you need, the care that you need and the help that you need.
Editor's Note: Top and bottom two hotos of Starkey courtesy of www.benqueenphotography.com Wrestling photo courtesy of Jodi Muller.