Getting to Know J.D. Love: A Question and Answer Session with the Senior Standout Running Back/Linebacker 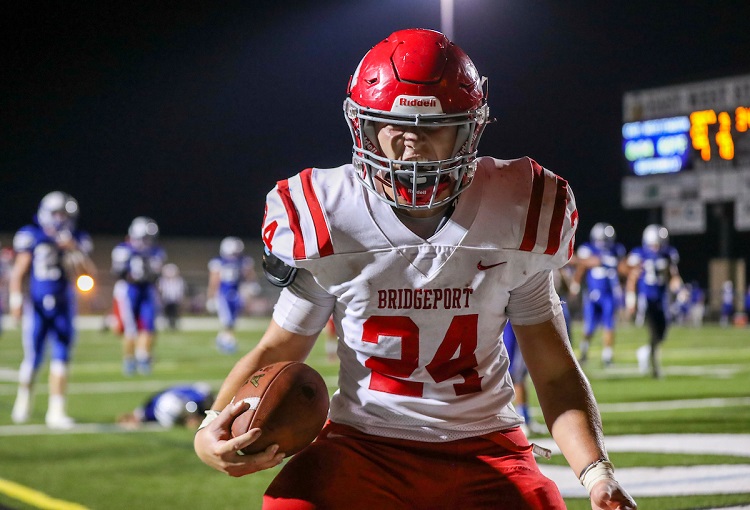 What’s your favorite movie?
Step Brothers
Who is the best high school athlete you have competed against?
I’d have to say Gaige Michael from Fairmont Senior. He’s a pretty good athlete.
Favorite subject in school?
Math 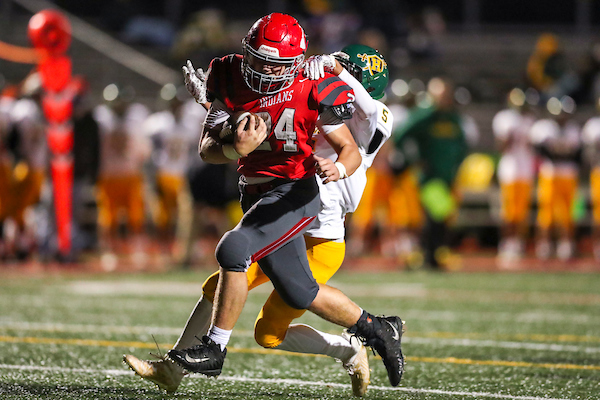 You have to go into quarantine, what three items do you go buy in bulk, so you don’t run out of?
Bunch of cases of water, a bunch of Slim Jims and some Nature Valley granola bars.
Any pregame superstitions or rituals?
Maybe listen to a little bit of music to get into the zone but pretty much whatever just feels right on that day, nothing in particular.
What game of your career sticks out the most?
The Keyser game last year and the defensive performance we had.
Describe Coach Cole in one word.
He’s a character. He will definitely let you know how you are doing and he wants to see everybody get better and he will do or say whatever it takes to do that.
Best side dish for Thanksgiving dinner?
A lot of mashed potatoes.
What’s the worst candy to get when you go Trick or Treating?
Probably Almond Joy. Anything with coconut in it.
Celebrity Crush?
Selena Gomez 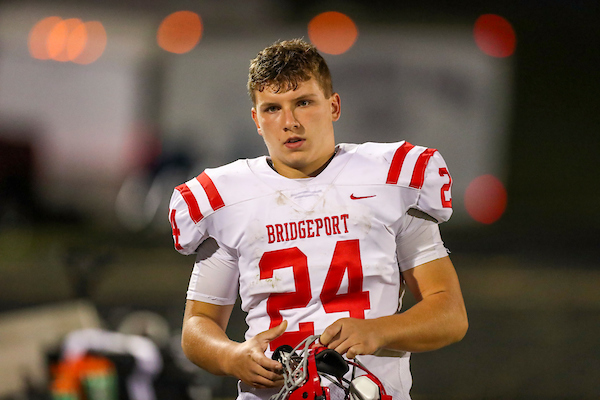 What music are you listening to before the game to get you fired up?
Something like AC/DC with some heavy guitar.
Any secret talents that most people would be surprised to know you have?
I’m half decent at ping pong.
Who’s the funniest player on the Bridgeport Volleyball Team?
Probably Peyton Henderson. He’s always got something to say.
Where’s one place in the world you have never been to that you would like to visit?
The Swiss Alps. I’d like to ski the Swiss Alps.
Favorite meal?
Chicken Parmigiana.
Favorite pro or college athlete?
I like Ryan Shazier from the Steelers.
Favorite pro or college team?
The Steelers
What’s more exciting a big play on offense or defense?
I think nothing is better than a big stop on defense. It’s fourth-and-short or something and you stuff a team. I think that’s pretty big.
The coolest animal at the zoo?
The zebra. 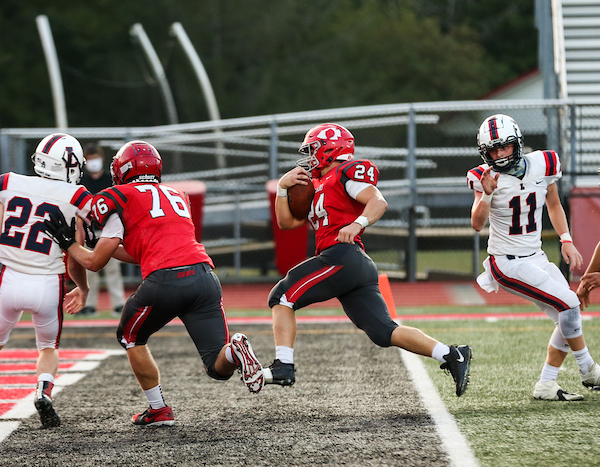 We all know lockdown, quarantine, whatever you want to call it was anything but ideal. But what was one cool thing you were able to get out of it?
I played a lot of board games. I learned how to play a bunch of board games I probably never would have touched in my life. I never knew how to play Monopoly but I finally got the hang of it.
Most memorable sports moment you have had as a fan?
Watching Tavon Austin in the fourth quarter of the West Virginia-Oklahoma game a few years ago. They ended up losing the game but he had 60, 70 yards in the fourth quarter. They just kept giving him the ball.
What’s one thing it seems like everybody you know likes but you can’t stand?
I hate mayonnaise.
The best thing on TV right now is?
Monday Night Football.
What is the most important thing being an athlete at BHS has taught you?
Discipline. Working as a team and not trying to take over by yourself.
There’s a young kid in the community just getting into the football, what advice do you give him or her?
Work hard and listen to your coaches, they will lead you to where we are now.
Editor's Note: Photos of J.D. by www.benqueenphotography.com