Indians Steamroll Philip Barbour to Close Out Regular Season with 9-1 Mark and Likely No. 2 'AA' Seed

Things started out bad for Philip Barbour this evening at Wayne Jamison Field, and they never got better. The Indians exploded in the first half on their way to a 48-0 win against the Colts in the regular season finale.
Bridgeport closes the year at 9-1 and likely as the No. 2 seed in the Class AA playoffs that begin next Friday. PBHS ends the year at 0-10.
A harbinger of things to come came on the opening play of the game. And it was also a preview of things to come for an incredible first quarter for senior Sam Romano. 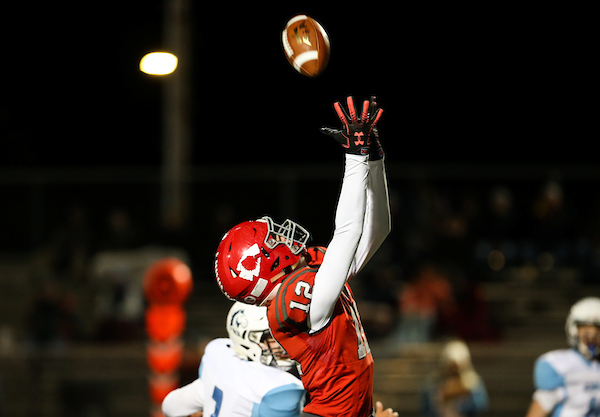 Romano took the kickoff at 22-yard line and was off to the races for a 78-yard return for six. An Austin Springer point-after kick, the first of six in the first half, make it 7-0 just 11 seconds into the game.
“Sam took the ball and went. It was fun to watch,” said Bridgeport Coach John Cole.
It was the first of three scores for Romano in the game as he made the most of limited playing time. Romano would score on the Tribe’s third possession when he hauled in a nifty over-the-shoulder grab from Cam Cole for a 46-yard score and a 21-0 lead.
“The catches he made, one the line blocked well, and the quarterback had time to throw the ball and the throws were decent, but he did the rest,” said Cole. “You have to be an athlete to do that on those catches, plus it’s 30 degrees out … We’re happy he’s here.”
Romano wasn’t done. With just 8.7 seconds left in the first quarter, the Indians ran a drag route and the senior receiver was wide open. Romano hauled in the pass from Vandergrift to make the score 28-0. 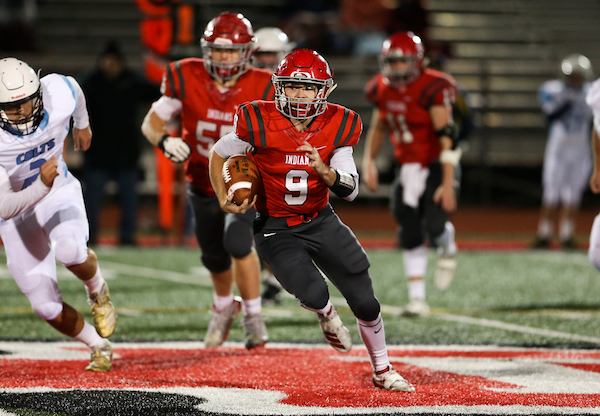 As it turned out, Vandergrift had a pretty good senior night in limited first half action as well. Vandergrift scored on the second offensive series on a 9-yard keeper and had another quarterback run in store in the second. Following a BHS stop of the Colts on fourth down, Vandergrift made the visitors pay by keeping the ball and outracing the defense for a 52-yard score with 8:56 to go before halftime for a 35-0 lead.
“It seems like up after Elkins where (Vandergrift) had that kickoff return that he’s just flying around the field more, especially on offense,” said Cole. “If he can do that, it is great … Devin is a competitor. There are some things he isn’t, but the thing that shows on most game nights is he’s an intense competitor.”
The Indians would have another score in the tank as Cole remained in the game with a unit consisting almost entirely of backups. The 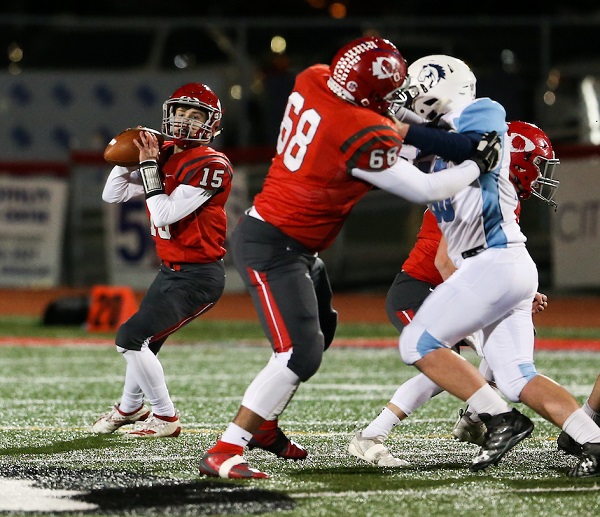 sophomore quarterback ran a keeper, also from 52 yards out, for what turned into a 42-0 lead with 5:23 to go in the second.
The first half numbers reflected what took place on the field. Bridgeport had 304 yards of offense and the Colts had just 52.
“The defense played really well. We had a couple of little slip ups, but overall they played well,” said Cole. “Our two interior tackles are pretty good and our (line)backers are pretty good, but they’re going to have to be because tough road coming up from here on out.”
For BHS, however, it was a unique total. The Tribe finished with 179 yards rushing and 125 yards passing with Romano hauling in all three passes thrown – two by Vandergrift and one by Cole.
Vandergrift and Cole were also the leading rushers. Vandergrift ended the opening half with 76 yards on four carries, while Cole had 61 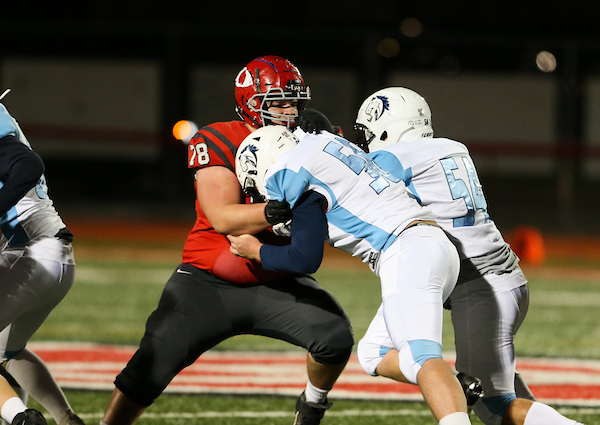 yards on just two runs.
The second half proved anticlimactic. With Bridgeport going entirely with reserves, including a multitude of freshmen, there was only one score in a half that featured eight-minute quarters and a rolling clock in the fourth.
The final score of the game came in the fourth quarter. Owen Bennington scored from six yards out with 3:47 to play. The points were the final of the game as the extra point was off the mark.
Bridgeport would finish with 370 yards of offense with 245 coming on the ground. Thirteen Tribe players carried the ball. BHS did not attempt a second half pass. 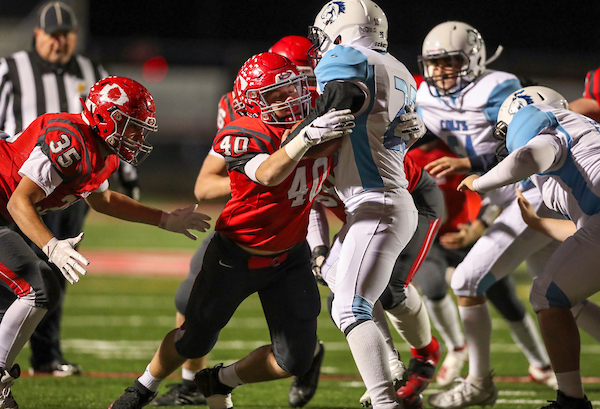 Philip Barbour finished with 102 yards of offense. Of that total, 78 came on the ground.
“Through the years, there’s not been that many 9-1 teams,” said Cole who was pleased with the win on senior night. “That’s one heck of a good regular season at this school.”
Bridgeport will likely know, or have a good idea, who its first-round playoff opponent at Jamison Field is this evening. It will know Sunday in Parkersburg whether the game is Friday at 7:30 p.m. or Saturday at 1:30 p.m. or 7:30 p.m.
Editor's Note: Photos by www.benqueenphotography.com.