Bridgeport High School alum Luke Nesler never forgot the lessons he learned while a student at the school on Johnson Avenue and the lessons he learned while playing football for the Indians at Wayne Jamison Field.
Those lessons, he has no problem telling anyone within earshot, have translated nicely post high school. He’s a West Virginia University graduate and a successful entrepreneur operating Impakt Media out of Morgantown that has grown from a staff of two to a staff of 13. 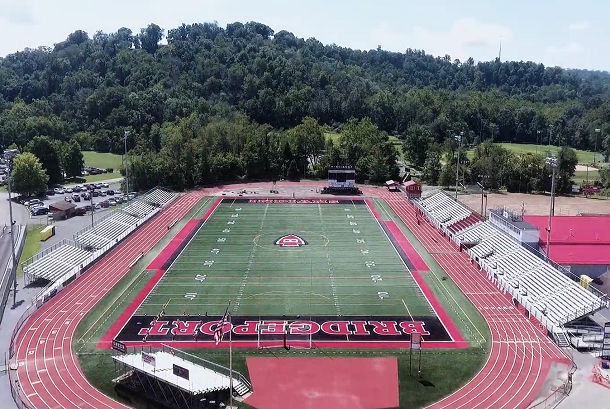 “The school and my teachers, and the football program in general had such a big impact on the man I’ve become,” said Nesler. “The big thing I learned was how to overcome adversity and that has paid off nicely for what we’re doing on the professional front.
“I think back to my coaches when I played, including (current head) Coach (John) Cole and remember that (current volunteer assistant coach) Sean (Snider) was my quarterback, and the impact they left,” said Nesler. “I have and will always have an emotional attachment and anything I can do to give back I’ll try to do that for as long as I can.”
The giving back comes annually in the creation of the Bridgeport High School football hype video. Nesler said he believes this is the fifth year for the video and it’s the only video work he’s done with his production team in the last four years. 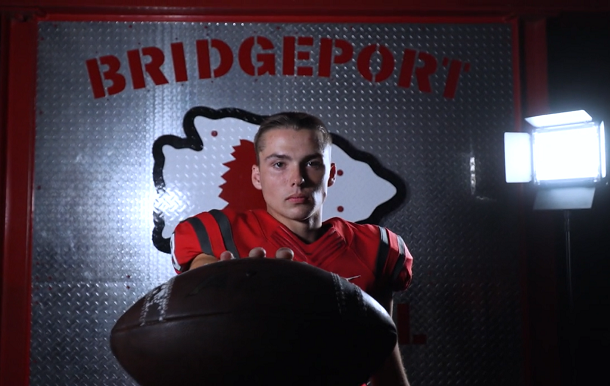 That may not sound like a big deal, but Impakt Media’s job for clients across the United States and into a few other countries involves digital marketing specializing in social media advertising for clients. Basically, they get on-line attention for clients and turn that attention into revenue. A big part of that is video production.
“Bridgeport football and the school are about the only thing bring out of the retirement and go on a shoot,” joked Nesler, who spends much of his time developing Impakt’s brand and traveling to promote the brand.
Nesler said this year’s hype video again focuses on the senior players. He said it is a little bit of a behind-the-scenes look.
“We wanted something showing each player’s intensity and how they get ready and how they end up bringing that intensity to the game,” said Nesler. “The goal was to show the strength and excitement the kids have before going out on the field. We’re trying to bring to the crowd what they don’t see before the players come out.”
Check out the video below. It will be shown Friday at the Indians’ home-opening contest against Morgantown.
Editor's Note: Photos are screen shots from the video.