It's Official: First WVSSAC Standings Out with FSHS and Tribe Ranked No. 1 and 2, Respectively, in 'AA'

By Connect-Bridgeport Staff on September 17, 2019

The first WVSSAC poll of the year was released today and it is a little extra good news for fans who plan on being at Thursday’s Class AA showdown between Fairmont Senior and Bridgeport. While fans like the rivalry, there is now a bonus.
The contest will officially pit the ‘AA’ top-ranked Polar Bears against the No. 2 Indians. Both teams are 3-0 to start the year with Fairmont coming into Wayne Jamison Field as the defending state champions. 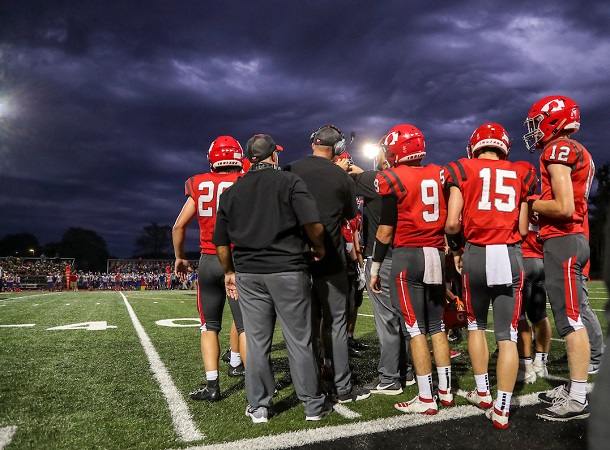 The poll, which is a computer-generated poll that determines postseason seeding, has Fairmont with a classification rating of 11.33. The Tribe is just behind with a ranking of 11.
Several other local teams or with ties to the Indians are also in the mix. Most notable is Keyser as the 3-0 Golden Tornado are tied for the No. 3 spot in the standings with Wyoming East.
North Marion (2-1) is tied with Bluefield (2-1) at No. 10. Robert C. Byrd (2-1) comes in at No. 14 along with Lincoln (2-1). The two Harrison County schools have company at the spot with Nicholas County and Herbert Hoover.
The top 16 teams qualify for the postseason. Right now, Lewis County (2-1) is just outside the field at No. 18. Liberty, who BHS beat on Friday is at No. 21 with their 2-1 record.
Cabell Midland is the top-ranked team in Class AAA. They are trailed by Musselman, Parkersburg South and Martinsburg, respectively, to round out the top four spots. All three schools are 3-0.
In Class A, St. Marys is ranked No. 1 and Pendleton County is in the second spot – both with 2-0 mark. Doddridge County is ranked No. 3 and stands at 3-0.
Click HERE for the entire list of standings from MetroNews. The weekly power ratings done by MetroNews is done by a panel of sports writers and radio broadcasters and has no impact on the postseason standings.
Editor's Note: Photo shows team huddling against Morgantown. Photo by www.benqueenphotography.com.