The future success of Bridgeport High School football, and perhaps even a few others, could very well be shaped this coming Friday, June 14. Organizers earlier announced that the 2019 Indians Football Youth Camp will be held on that day and they're hoping for a big turnout. 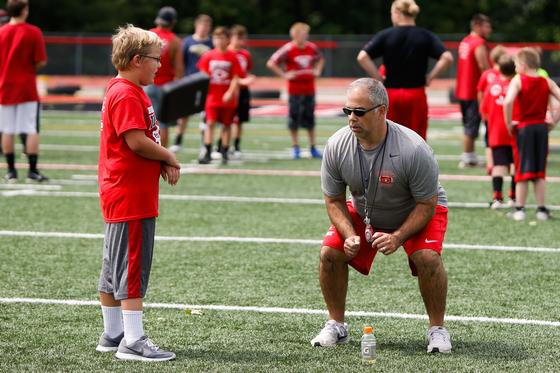 This year, the camp is going to be a little bit different.
Unlike past years where the event took place during the morning and afternoon hours, this year’s camp will be in the evening.
The camp will run from 6 p.m. to 9 p.m. It is open for children ages 5 through 14.
“We moved it for a few reasons,” said Bridgeport Coach John Cole. “We’re hoping the heat will be winding down by the time we really get into it because those Saturday afternoons in the past have been really hot.
“The move also was facilitated by the traveling sports teams that often play 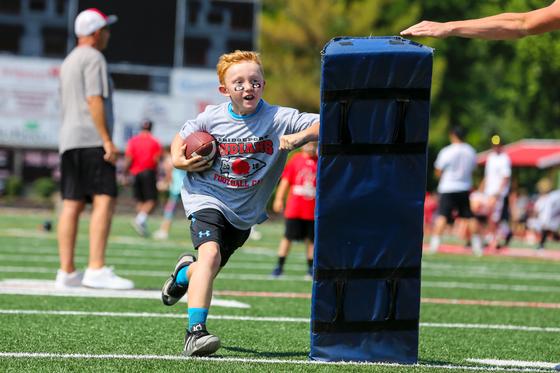 on Saturday so a Friday night might free up a few more kids that want to come,” Cole continued. “The other thing we think is going to be fun is that toward the end of the camp we’ll be able to turn on our field lights and let them get a feeling what it’s like to play under the Friday night lights.”
Like recent camps, it will fall in line with the three-week summer instructional period for high school sports programs that began Monday. What that means is that the Bridgeport football team will be helping with instruction of the campers and the campers will get to interact with many of the players they look up to.
“We’ve been doing that for at least the last three or four years and it’s been fantastic to watch the players work with the younger kids because it’s fun it’s also a thing we take note,” said Cole. “We can see who well our kids are teaching the campers and that gives us an insight on to 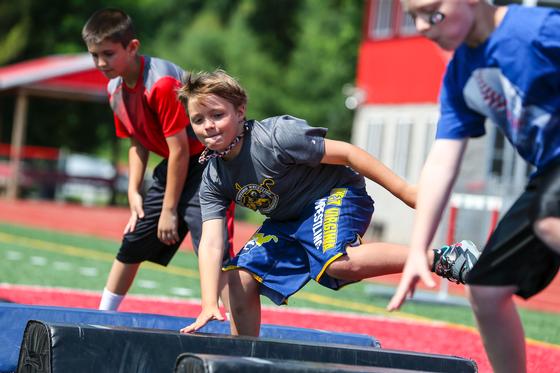 how well they’re taking in what we’re teaching them.”
As is always the case, the camp will emphasize teaching aspects of the game and keeping things fun. He said that’s happened as long as he’s been involved with these.
“I’ve done a lot of camps and it never gets old or boring teaching these young keeps that are eager to learn the fundamentals,” said Cole. “On top of that, the majority of the kids there will be from our feeder schools and they love our varsity players and enjoy running the drills with the team.”
Cole, his coaches and the players that will lead the camp are expecting a good crowd. Last year, they had 80 participants, which was a record turnout. And Cole said 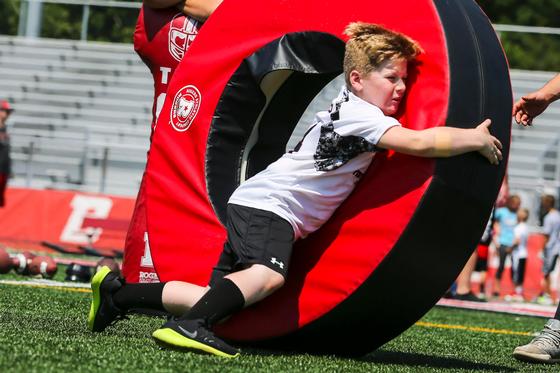 the camp is open to everyone.
“We welcome them from anywhere, but the majority come from Bridgeport Youth Football and the coaches there help out tremendously by organizing and dividing the kids up,” said Cole. “Once everything is organized we start on the fundamentals from things like a proper stance to the best way to block and how to tackle. We couldn’t have a successful camp with out our youth football league and coaches because they get out the word.”
Travis Jones, the "Voice of the Indians" who is assisting once again, said as of Monday there were 60 registered for the camp.
He said the only thing those registering the day of will miss guaranteed t-shirt sizes. While there be plenty of t-shirts ordered in multiple sizes for those registering day of the event. On-line registration is complete, but Jones is asking those coming the day of camp to register to please print of the form HERE  and bring it filled out with them.
Jones also said there will be a couple of surprises are in store for those attending.
The cost of the camp is $40. Dinner will be provided for those attending. Those attending need to be at the camp at 5:30 p.m. on June 14.
Editor's Note: Camp photos are from last year's event as well as the top photo showing Coach John Cole teaching at the 2017 camp. Photos by www.benqueenphotography.com.