FROM GLENVILLE STATE
Glenville State College and the Pioneer Athletic Department are excited to announce Mike Kellar as the new Head Football Coach for the Pioneers. Kellar becomes the 25th head coach to lead the Pioneers.
"I am truly excited to be back at Glenville; it's where it all started for me back in 1989 and I feel like there is some unfinished business. I want to thank GSC President Tracy Pellett, Athletic Director Jesse Skiles, and the entire search committee for this opportunity. I also want to thank 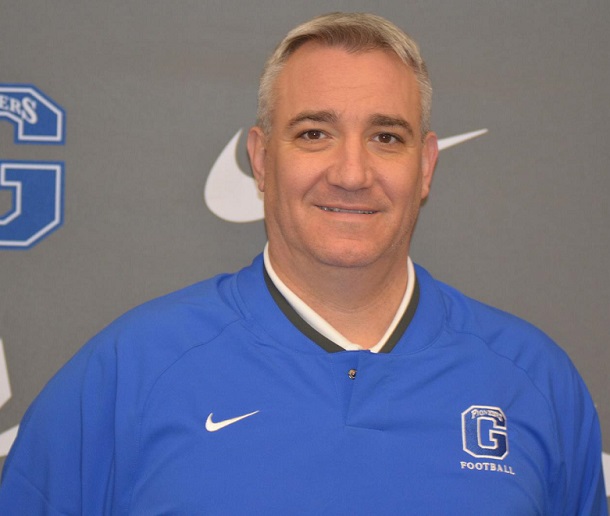 Roger Waialae and Lynn Ullom and everyone at West Liberty for this past year. I can't wait to get back to Glenville and get to work," Kellar stated.
Kellar comes into the position with 51-35 (.593) career record as a head coach at the NCAA Division II level with stops at California (PA), Concord, and Lenoir-Rhyne (NC). Before breaking into the head coaching ranks, he made his mark as offensive coordinator for a trio of NCAA Division II playoff squads, including a pair of California (PA) teams that advanced to the national semifinals. As a head coach or assistant coach he has been part of seven conference championship teams.
He comes to the Pioneers after serving as the Offensive Coordinator of the West Liberty University Hilltoppers for the 2018 season. The Hilltoppers averaged 25.0 points per game and 327.5 yards per contest this past season.
"We are getting a seasoned and experienced coach that has been very successful as a head coach at multiple stops. I'm also very excited that we are getting a former Pioneer player who has ties to North Central West Virginia," said GSC Athletic Director Jesse Skiles.
The Shinnston, WV native was a starting quarterback at Glenville State in 1989 and later at Fairmont State during the early 1990's. After graduating from Fairmont, Kellar traded his playing cleats for a headset and whistle and spent the next eight seasons as offensive coordinator and quarterbacks coach for the Falcons. He helped lead Fairmont to a pair of WVIAC championships.
Kellar left Fairmont for a two-year stint as offensive coordinator at Northern Michigan before beginning a record-setting five-year run as offensive coordinator at California (PA) in 2004 when the Vulcans rolled to four straight PSAC West titles, two NCAA Division II regional crowns, and picked up two ECAC Lambert Trophies.
In 2009 Kellar made his head coaching debut and executed an impressive turnaround with the Concord University program that had gone just 1-21 over the previous two years. Kellar posted a 6-5 record in his first year in Athens and led the Mountain Lions to an 8-3 mark in 2010 with the No. 4-ranked offense in the nation.
Kellar then returned to California (PA) in 2011 as associate head coach under the legendary John Luckhardt and took the head coaching reins when Luckhardt retired after the 2011 season. Kellar posted an impressive 31-12 record in four years at the helm of the Vulcans, once again producing some of the most prolific offensive teams in the region, before moving on to Lenoir-Rhyne in 2015.
California averaged more than 30 points a game in nine of Kellar's 10 seasons as head coach or offensive coordinator with the PSAC West powerhouse. His teams saw seven of their players earn All-American status while at California.
"We are extremely excited and thrilled to be getting such a decorated football coach at Glenville State College. Mike Kellar has had a great coaching career and we are ready for an exciting 2019 season and many more to come," stated GSC President Dr. Tracy Pellett.
A 1994 graduate of Fairmont State, Kellar also holds a master's degree in Safety Management from West Virginia University. He and his wife Missy have four children, Diedra, Jarrod, Anthony, and Jacob.