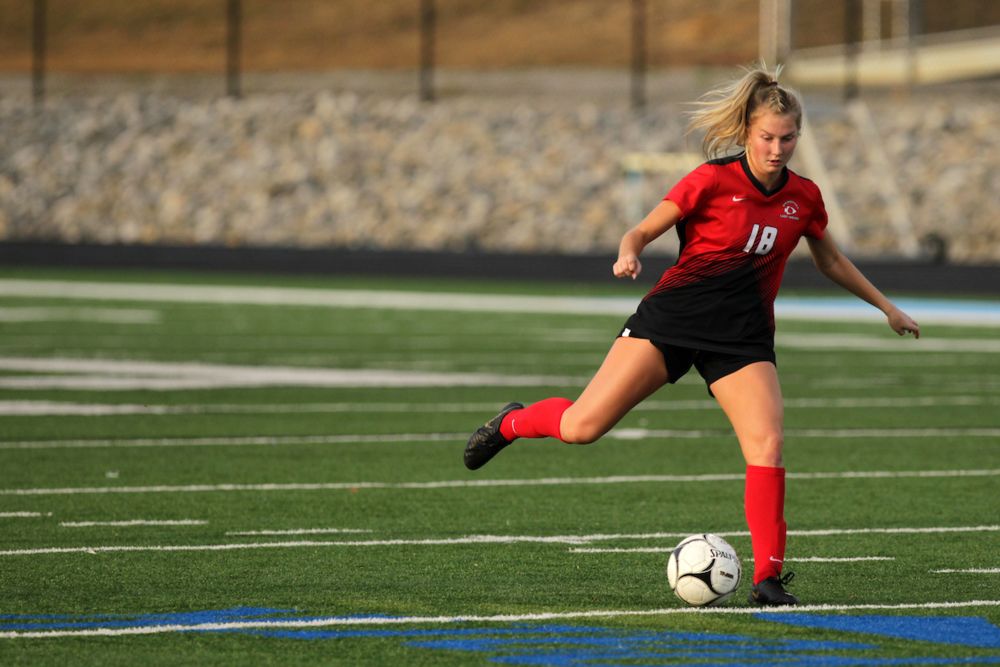 Shortly after ending her career with the Tribe, Haylee Griffith has become a member of the Thundering Herd. The Bridgeport High School senior signed on Wednesday to play soccer with Marshall University on an athletic scholarship.
Though other regional colleges had pursued her, Griffith said she knew she wanted to play for Marshall from the time she first visited.
“I really wanted to play D1, of course, and I really liked the campus. It was big enough, but not too big. It just seemed right,” she said. “I’m very excited to be part of the team.” 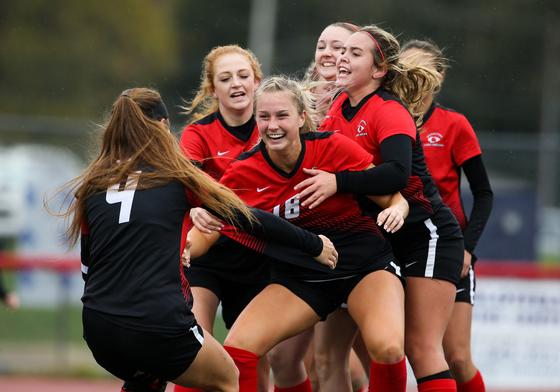 BHS Coach John Reese said Griffith has the build, athleticism, skillset and leadership qualities to be a successful D1 player. He also said she plays as hard as anyone he’s ever coached.
“You don’t see a lot of young ladies head the ball like Haylee does. She dives for the ball, scores off corner kicks and she has a powerful kick – left or right – she can store with either,” he said. “She played defensive mid for us and she could do that in college. She could play anywhere.”
Griffith was a key factor in the Indians’ 19-1-2 season – including sectional and regional wins which put BHS in the final four at the state tournament. The first team All-State midfielder contributed seven goals and 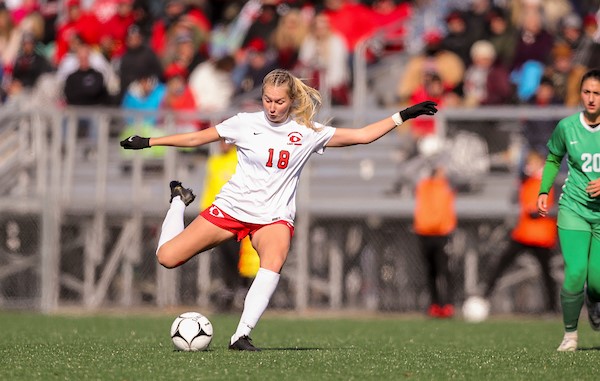 six assists.
Griffith played for Notre Dame High School before transferring to Bridgeport for her senior season.
“For her to come over as a senior and become a leader like she was says a lot about what kind of girl she is,” Reese said. “She got along with everyone.”
Griffith said getting to know her teammates and forming friendships was among highlights of her senior soccer season. The Tribe’s winning season and a shot at the state Class AA title were a great way to cap off her high school career. 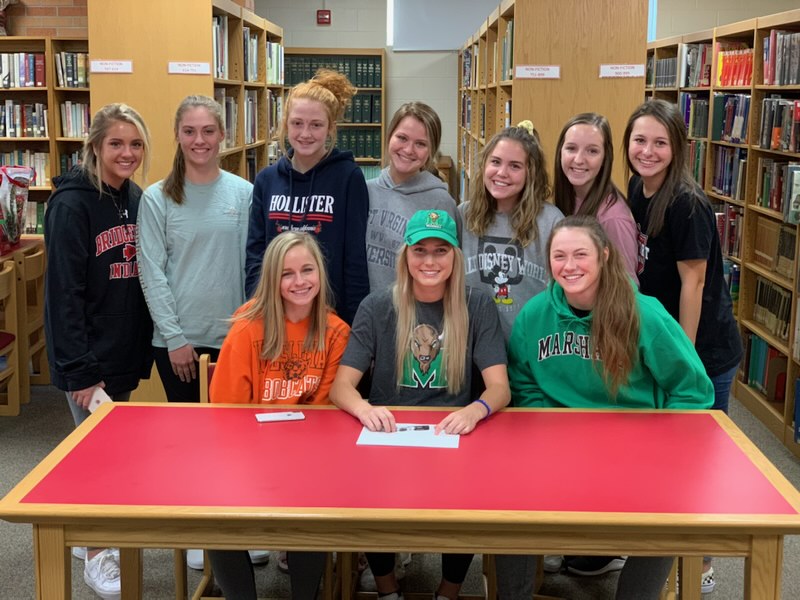 “It was a good ending even though we didn’t win,” said Griffith about the Class AA semifinals during which the Lady Indians fell 4-1 to Charleston Catholic, the team that went on to win the state title.
Griffith plans to study nursing. She chose the field of study because she wants a profession in which she can help others. She also believes there is ample job opportunities.
She currently maintains a 4.0 grade point average. She is a member of the West Virginia Alliance FC soccer team based in Charleston.
Reese said Griffith is the type of player any coach would want. She said the sport has always appealed to 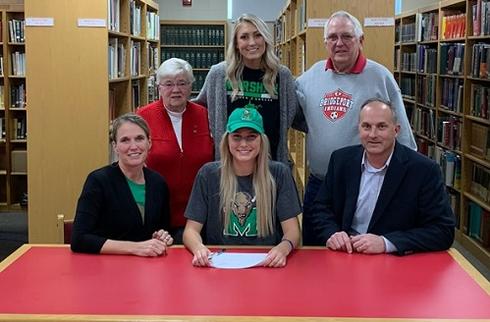 her. She started playing at age 7 or 8 and played through middle school and high school, including travel soccer. It was during her eighth-grade year that she had her first ACL injury and subsequent surgery. Her sophomore year, she had a second surgery. It was then, she said, that she knew she wanted to play beyond high school.
Griffith said she has been able to attend a few Marshall University soccer games and that she has already met some of her teammates. She will likely begin training shortly after her BHS graduation in May.
The signing took place Wednesday at the Bridgeport High School Library. Griffith is shown with her BHS soccer teammates and friends; her family - June Griffith, Chad Griffith, Anna Jane Shriver, Hannah Griffith and Lloyd Shriver; and family/coaches June Griffith, Chad Griffith, Dr. Chris Courtney with the BHS soccer team, Hannah Griffith, Bob 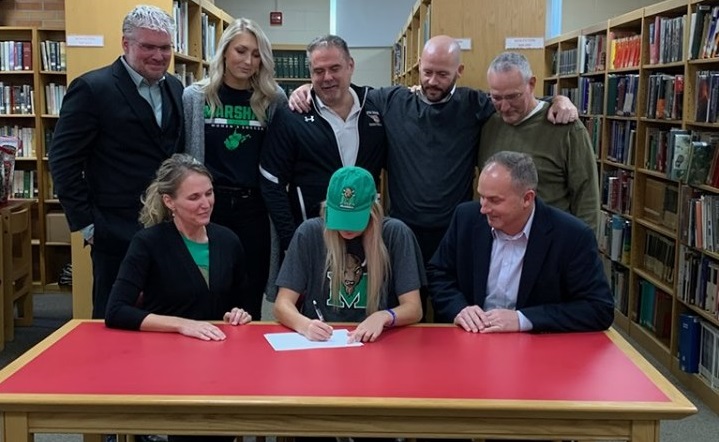