Student Perspective: Member of RAZE, Leah Stutler Shares its Mission to Stomp Out Tobacco Use

By Leah Stutler on March 24, 2014 from Student Perspective

RAZE is a statewide, teen-led movement to spread the word of the Lies of Big Tobacco in West Virginia. The definition of RAZE is to completely destroy, which is what we are doing. We are giving teenagers and adults information on cigarettes, and how an estimated 443,000 people die prematurely from smoking or exposure to secondhand smoke, and another 8.6 million live with a serious illness caused by smoking. Smoking also causes many cancers, some including lung, larynx, esophageal and oral cancers.
About 46.6 million U.S adult Americans and approximately one in five teens in the United States smoke cigarettes. Ninety percent of smokers actually begin smoking before age 21 and about 30 percent of teen smokers will continue smoking and die early from a smoking-related disease. Teen smokers are actually more likely to have panic attacks, anxiety disorders and depression through their high school and adult life. Someone who does smoke is on average more likely to die 13 to 14 years earlier than nonsmokers.
Instead of smoking actual cigarettes, teenagers are now using electronic cigarettes. Electronic cigarette use has doubled among middle and high school students. This is a substitute for a cigarette, which still includes nicotine. Nicotine is an addictive substance which many claim is a gateway drug to other drugs. The flavors they are using in electronic cigarettes lure teenagers, as well as those younger, to smoke. Some of the flavors include sweet tart, bubble gum, Pina colada, cherry crush, vivid vanilla, etc. It does not put out cigarette smoke, but yet it does emit a vapor. Even if they are smoking the electronic cigarette, many teens will be curious as to what an actual cigarette is like.
The news recently showed teenagers having to be sent to the hospital after drinking the liquid nicotine in the electronic cigarettes.
Although there are many people throughout the state smoking cigarettes like it is nothing, now you know the effects it has on them. You could be a person to save someone else’s life if you take a stand and say NO to tobacco. 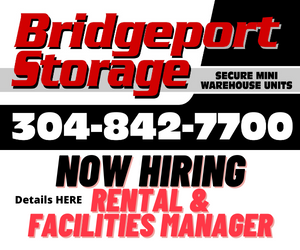