By Jeff Toquinto on November 09, 2019 from ToquiNotes

Regular readers of this blog – both of you – know that I like to do a little bit of nostalgia. Particularly, many know I love to talk about the old Hill’s Department Store and all the shops that made up Hill’s Plaza.
One person who knows that all too well is my friend Scott Klimek. Klimek, who is a veteran that we should all give a shout out to with Veteran’s Day Monday, has surprised me recently with the simplest of gifts that have turned into wonderful conversation pieces. 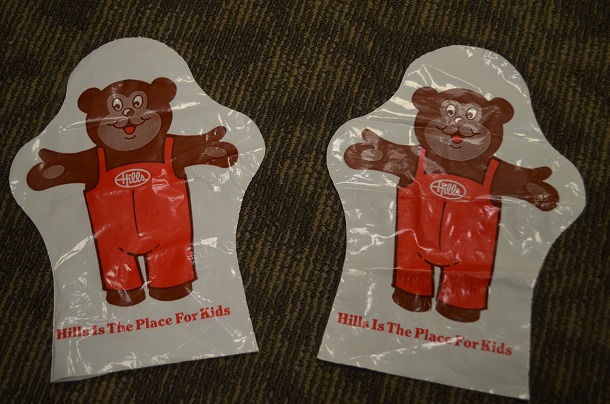 As he’s been cleaning out a family member’s house, he ran across fully intact Hill’s bags. The big white bags with the red letters, including one that has one of their famous sayings “The Anti-Inflation Department” store.
Anyone that wants to view the bags is welcome to swing by the office and look, or just look at the pictures in this blog. The good news is there were more than just the bags. As it turns out, Klimek found something that led me to ask for a little bit of community feedback.
During his last cleaning session, Klimek found what appear to be a pair of plastic gloves. Okay, they could be gloves. They could be plastic puppets. They could simply be something to put candy in and then wear around.
The items include, as shown below, a bear in overalls waving with another saying “Hill’s is the Place for Kids” at the bottom. My initial thought was that they may have had something to do with the restaurant that was at Hill’s for a while.
Many remember, but many I talk to have no idea the department store had an actual restaurant. While everyone remembers the front lobby and the smell of popcorn, pretzels and the cherry frozen coke machine, the short-term restaurant was its own entity. 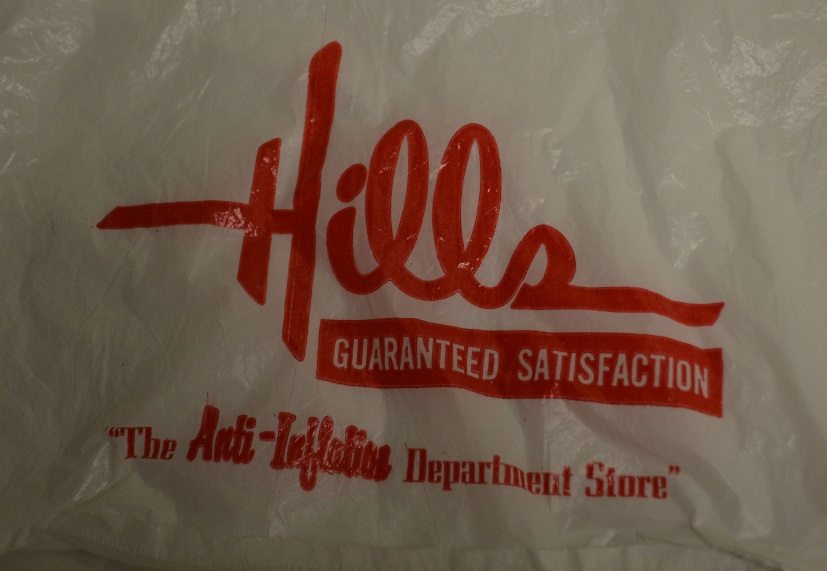 My memory isn’t foggy on this either. On Labor Day, they used to sell hot dogs for five cents, which meant dad was lugging the entire family there for a meal at a good price.
I digress.
What I want is a little bit of thought or perhaps an actual answer as to what the glove like items were used for. I think it’s going to fall into two camps.
After this blog runs, someone – perhaps someone who once worked there – is going to recall exactly what they were and were used for and it’s going to be something simple; maybe even something I’ve mentioned above. Or, it’s going to be something no one recalls, and the mystery will continue for another day, week, month or years.
Understand there is no prize for the correct answer. Only the sweet glory of putting the information in the comment section below or on one of our social media platforms.
Even if no one has the answer, I’m betting you’ve thought back about Hill’s Department Store. And if you’ve done that, then you’ve probably got a smile on your face.
Let’s hope you’ve got a correct answer in your head as well.

I think they are hand puppets