ToquiNotes: After 40-Plus Years of Serving Bridgeport and the Surrounding Area, City Business Icon Retires

By Jeff Toquinto on January 15, 2022 from ToquiNotes

The name was right even if the first profession was not for Bridgeport’s Stan Cutright.
“I was a welder and a machinist at one time and when I got out of the service, I got the GI bill and a friend of mine, Anthony (Bo) Oliverio was a barber,” said Cutright. “He was coming clean every day and I was coming home with welding burns every day. I decided that may be a little easier way to go.”

That was more than four decades ago. The decision to go “the easier way” is one Cutright said he never regretted.
For roughly 45 years, Cutright lived up to his last name as a barber and eventually a cosmetologist. For 42 of those years, he plowed his trade on Main Street, running the Hair Shack where thousands of people came to feel better about themselves, look better, and have some conversation with a man that became a friend and confidant to many.
Well over half of Cutright’s life was spent working there. And recently, that work effort came to an end. Stan Cutright retired and stepped away from the Hair Shack on Dec. 31.
“I hated to leave it, but I just got to the point I was a little bit too old to keep it going,” said Cutright. “I had a lot of fun and a lot of patrons come to me. I appreciated all of them who helped me make a living. It was so wonderful to make a living at something you loved and get along with everyone you dealt with.”
None of that may have happened if not for his friend Oliverio. With Cutright looking for a change, he got the itch to be a barber and 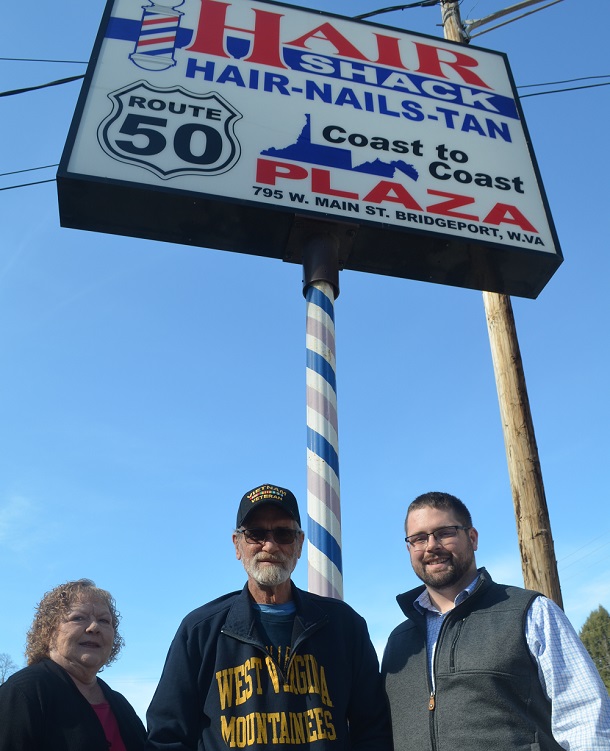 Oliverio helped him scratch it. In fact, he was extremely instrumental in the start.
“(Bo) drove me up to Wheeling to go to barber school and introduced me to the people in charge. I eventually stayed there and went there to help set the stage for getting a license,” said Cutright.
Once done in Wheeling, Cutright was not done getting trained. He came back to Clarksburg and worked for and learned under Angela Policano at the Clarksburg Beauty Academy.
“You have to have so many hours to get your license and I had already been doing some work to get the hours I needed. She was so good to me,” said Cutright, who turned 73 on Tuesday. “I was already a barber and that helped me get my cosmetology license where I could do men’s and women’s hair, do perms, and coloring and a lot more.”
And the journey started shortly after with the Hair Shack. The journey officially ended a little more than two weeks ago. During that time, he not only grew his business, but he also watched a city grow around him.
“I certainly got to see Bridgeport grow, particularly in recent years,” said Cutright. “I would see people coming in from all over, even out of the country. The real growth came recently with so many people involved in oil and gas. It was always nice to see new faces coming to the area. Honestly, everything worked out so well that I can say for sure I would have never wanted to anything else.”
He will be doing some new things now that he is retired. He will be joining his wife, Charlotte Cutright. Charlotte is a retired school teacher who taught at Simpson Elementary for a while, before spending her last 15 years educating youngsters at Bridgeport Middle School. 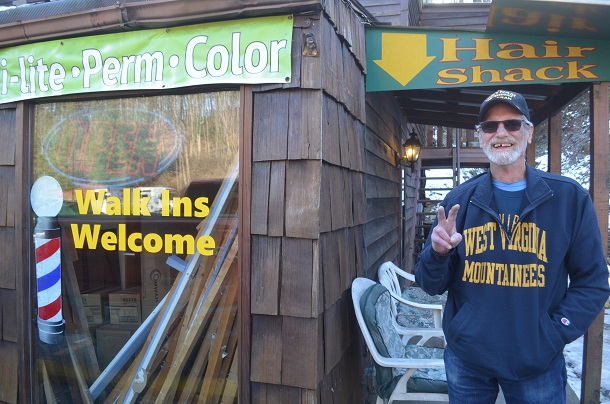 “We’re not sure. He loves to fish so we may try to do some fishing and to travel some. We can do vacations when we want now,” said Charlotte.
Stan has a few things in mind as well.
“I do like fishing and used to trout fish a lot. I’m not so sure about it as I have a few issues with my eyes,” he said. “I’ll probably do some gardening and work with plants. We’ve got room on the property and it’s something I enjoy. I always had plants in the shop and just enjoyed working with them.”
As for “the shop,” it is not going anywhere. In fact, neither is the entire plaza that features T&M BBQ/Grill, Pampered Pet Grooming Boutique, Smart Start, and The Music Center A Plus Guitar. Those businesses, as well as the apartments included, made up and still make up Coast to Coast Plaza situated at 795 W. Main Street.
“(Stan) owned the LLC and the AMG Corporation, which owned the plaza for 40-plus years,” said Charlotte. “That’s been sold to Dave Stevens and Zach Lilly.”
Editor's Note: Top photo shows Stan Cutright working on one likely thousands of clients, while in the second photo he's shown near Main Street (Route 50) where the Hair Shack's sign was location. Second photo shows Cutright with his wife Charlotte and son Cullin. Bottom photo shows Cutright with a smile in front of the place he called home for 42 years.