By Jeff Toquinto on August 29, 2020 from ToquiNotes

To say everything is right on course for Sami Wilson in her battle to get healthy and eventually receive a kidney transplant would not be entirely true. To say everything is off course, well, that would also be a falsehood.
To be honest, the situation involving the Bridgeport High School Alumna is closer to on course than being off the path of hope. All things considered; Sami Wilson is much closer to where she needs to be with a new kidney than when we first told you about it here back on June 20. 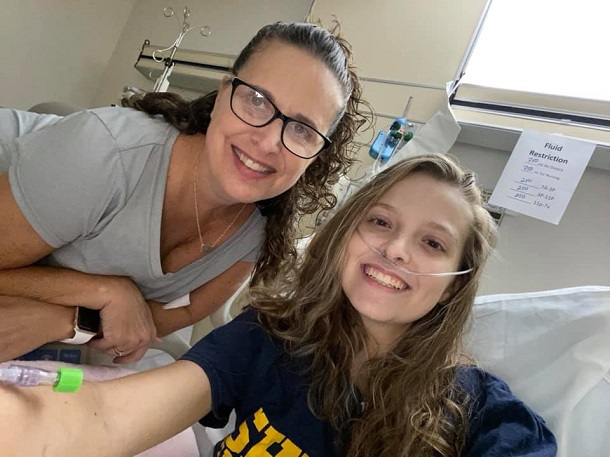 Yes, she still needs a kidney. No, as was hoped, her mother Kim could not be used as a match.
The big yes to the question involving Sami Wilson, and it has not been approved for a go-ahead just yet, is there appears to be a donor. The best part of it is how, if all goes as the family hopes, it could potentially go down soon.
Until then, or whatever comes next, Sami will undergo dialysis three times a week at the University of Pittsburgh Medical Center (UPMC) Children's with her and mom now staying at the Ronald McDonald House. They will stay there until a spot opens back up at Ruby Memorial in Morgantown for dialysis as she faces end-stage kidney failure to both of her kidneys.
“We’re on the waiting list at WVU and we’ll stay here and do dialysis three days a week until we hear from transplant amidst all that has happened,” said Kim.
What has happened is a lot of complications that may or may not be the result of Sami’s kidney situation. We will get to that. First, a beautiful tale of how a kidney that is a likely match for Sami Wilson found its way to her.
A donor was needed after her mother Kim matched, but had two different-sized kidneys that led to her being disqualified as a donor. While her aunt is still in the mix, the doctors went elsewhere hoping to find a match. They found it.
And they found it locally and afar. They found it from someone the family knows, and from someone they have no idea who it is.
Sound confusing? When Kim Wilson was telling me at first, I had to have her explain it slowly to make sure I got it right. What I found out was wonderful and heartwarming.
Sami Wilson’s probable new kidney will be coming from someone she never met because of someone the family knows.
“The donor we know is a girl from Bridgeport who is 22 and went to school with Danielle (Sami’s older sister). She’s not a match for Sami, but through a swap program she was a match with someone else and that someone else had a donor that was a match for Sami,” said Kim. “We know the Bridgeport girl personally, and Sami knows her too, but have no idea who the other donor is. 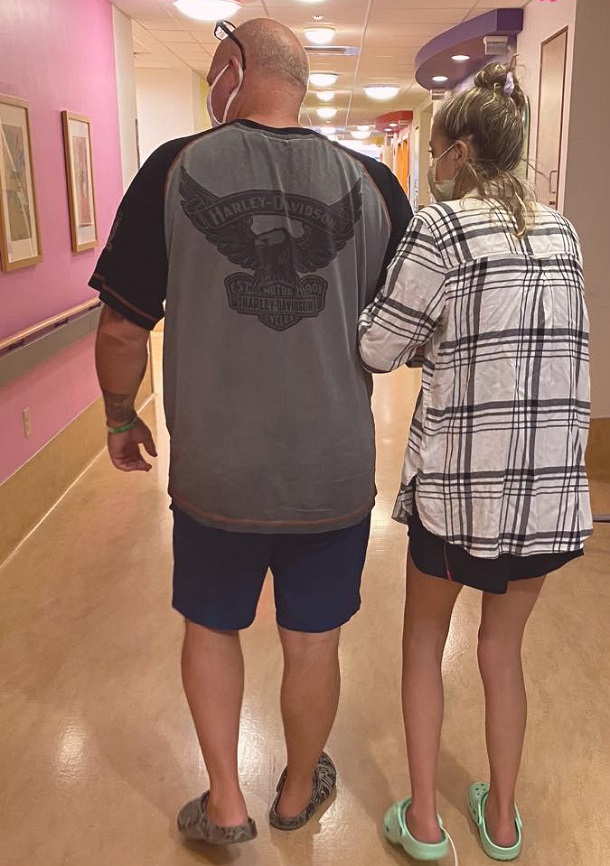 “The whole thing gives you hope on so many levels for so many things.”
It should, especially after the month the Wilson family has been through. Along with learning Kim could not be a match and that the aunt will serve as one of two backup donors (another heartwarming tale there as well shortly), Sami got sick.
She was sick enough that it put the transplant situation in a holding pattern that (although things are moving in several other areas) is still at a bit of standstill. Sami had what was thought to be pneumonia but was fluid on hear heart and lungs, which led to other complications. To make matters worse, older sister Danielle was seriously ill before bouncing back as well.
“With Sami, they’re trying to determine if the situation that led to the fluid was a one-time illness or an autoimmune situation that was underlying,” Kim said. “You don’t want to get a new kidney until you can get the cause for the problem straightened out so as things move ahead, we’re still in a holding pattern. The good news is she’s bouncing back from the fluid, but she was very sick.”
Sami was sick long before going first to Ruby then to UPMC with the fluid issue. She was not eating and dealing with exhaustion. For a “tiny girl,” as her mother described her, losing 20 pounds was tough.
“Her spirits are going back up because she’s feeling a bit better, and getting better it seems every day,” said Kim. “She went two and a half weeks before she was able to get up and walk again, and she did her first walk with her dad. It’s good to see some of the energy back and her trying to make the most of it.”
The improvement is enough that they are getting the potential swap donors ready. They are also getting the potential backup donors ready as well. One of those donors is Kim’s sister and Sami’s Aunt. The other, again, is a stranger.
“The other donor is a local girl from Mannington who registered because of the story on Sami. I believe she’s in her early 20s and decided she should help if she could,” said Kim. “Now, she’s like my sister. She is going to be a backup.”
The backups are getting prepared like the donors. Kim said her sister is getting her kidney function tested, a CT scan, a chest x-ray and r 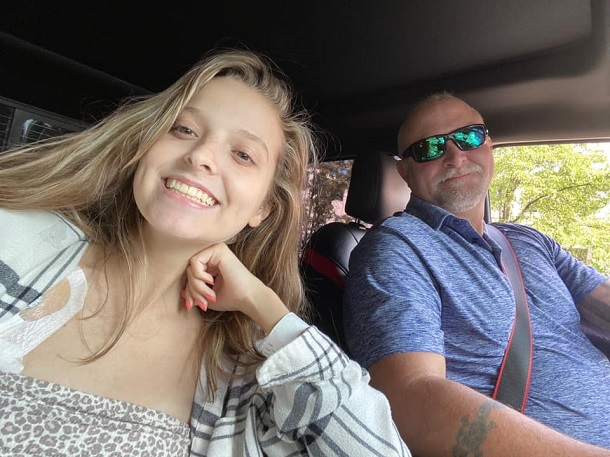 eviewing other health factors along with a mental and physical screening. She said since her sister is over 50, she will have a cardiac stress test and meet with the surgeons and staff to go through her medical history and ask questions.
Most of that took place this past week. Eventually, everyone will either be rejected or accepted based on the testing.
“They want to make sure if she is called upon, she’s able to handle it physically and mentally,” said Kim of Sami’s aunt. “I assume they’re doing a lot of the same for our other backup, but since she’s younger maybe not as much. I’m not 100 percent sure about that.”
The donor registrations, which was the one thing the Sami Wilson and her family asked for people to consider, worked. And Kim Wilson and her family are thankful beyond words.
“I never got a number, but I was the first person to be tested and my coordinator was talking with me and she just looked at me and said 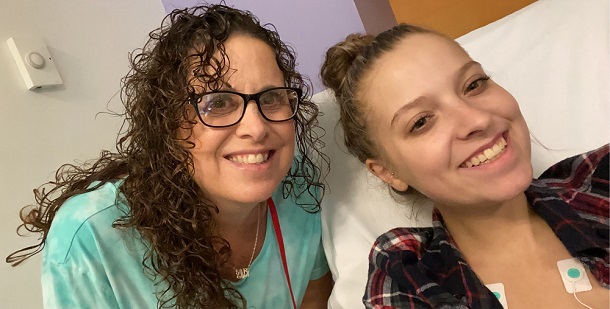 ‘we have had a bunch of people register.’ Then she said, ‘it’s a long lost of people.’ That made my heart feel good,” Sami’s mother said.
Naturally, the Wilson family do not want to be in their current situation. Yet, the situation has exposed Kim Wilson to something beautiful above the choppy waters in a sea of despair that has surrounded them at times.
She talked about the generosity of donations from the Bridgeport community and beyond, fundraising by Bridgeport Physical Therapy, a donation from the Blue Knights, the GFWC Bridgeport Junior Woman's Club and countless others. She talked about the letters, the well wishes and prayers.
“There’s no way to properly thank so many people because the gratitude we feel is too deep,” she said.
She also feels hopeful in a world where hope at times – not just in Sami’s case, but in general – seems like a lost cause.
“This reminds me there are still wonderful people in this world; complete strangers registering to help Sami just based on her story, including young kids that know her and don’t know her,” said Kim. “I’ve read letters in dialysis such as one where a person wrote they lived in Clarksburg, read the story and decided to register.
“So many people where Mike and I work registered. Entire groups, people we don’t know and will never know registered,” she continued. “It’s overwhelming to know those who know you and strangers just step up. It gives me chills when I think about it, and it puts a little perspective to the world today. There are still good people out there, and that should give us all hope.”
Good people for certain giving hope. And in one case, giving Sami Wilson a kidney.
NOTE: You can still be placed on the donor list to possibly help Sami or someone else in need. Click HERE to see how.
EDITOR’S NOTE: The top photo shows Sami Wilson getting a selfie with her mom Kim during recent treatment in Morgantown, while the second photo shows her and her father Mike taking a walk after Sami has been battling an illness for a long time. In the net to last photo, Sami is all smiles with her father during a recent trip home, while she's shown on Friday getting dialysis at UPMC Children's Hosptial with her mother int he last photo. All photos used courtesy of the Wilson family.