ToquiNotes: As School Nears, Looking Back to a Day of Educational Trauma Courtesy of My Best Friend

By Jeff Toquinto on August 24, 2019 from ToquiNotes

School begins Monday here in Bridgeport and throughout Harrison County on the public school front. Parents are proud, many kids are excited, and some are little dismayed at getting up again.
Regardless, it’s supposed to be a special time. The “best years of our lives” some say.
To be honest, thanks to some of the best educators in the world and growing up in a great community, my school days were just that. But like everything else in life, not everything is a walk in the park. 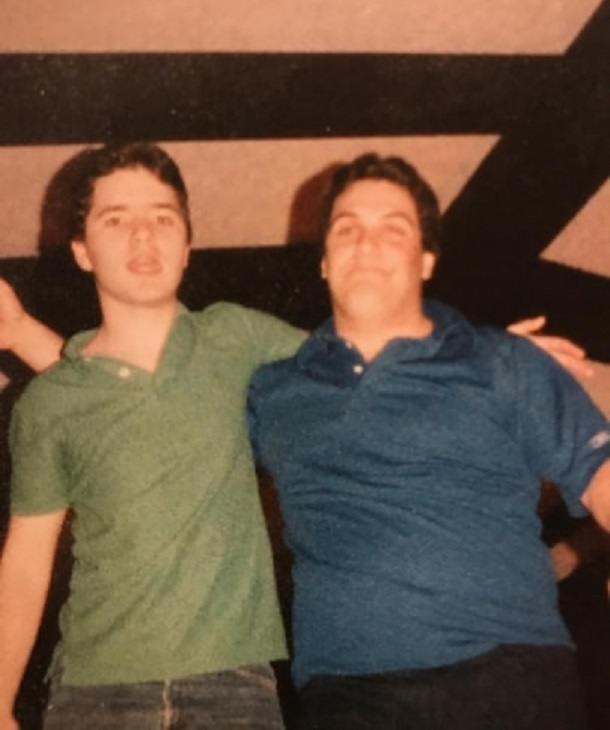 I bring this up because for years I’ve been traumatized by one of the most embarrassing moments in my life that took place in school. It happened decades ago, when I was in the fifth grade at North View Junior High School, which today is North View Elementary School.
Here’s the thing, we’ve all had embarrassing moments at school. In fact, I’d invite folks to comment at the bottom of this story or on our social media pages about your own special experience. Here’s the second thing, what I’m about to write involves things of a juvenile nature some may not find worth their time so feel free to exit If you wish.
It all happened because of my best friend. Many of you remember Rusty Mazzie, who passed away well before his time. Many also remember what a great man, friend, father, husband and just about anything else you can think of as well.
Here’s one his friends know all too well – he was great at embarrassing his friends. To this day, I’m still haunted by his elementary level action that left me a mess physically and emotionally.
The situation started as I returned from eating lunch at home. We were gathered in the back of Mr. Devon Raddish’s fifth grade classroom when Rusty did something no kid would do in that era – he offered me an entire snack from the Tom’s Vending Machine that was on our first floor.
It was a bag of red hots. You remember them? If not, they’re the little sugary treats with a little bit of heat to them.
Rusty offered me the bag. I immediately accepted, before he quickly pulled back. He had a stipulation before the transaction can be completed.
The request was simple. If I wanted it, I had to eat the entire bag at once. Not the easiest thing, but certainly doable and since a .20 cent 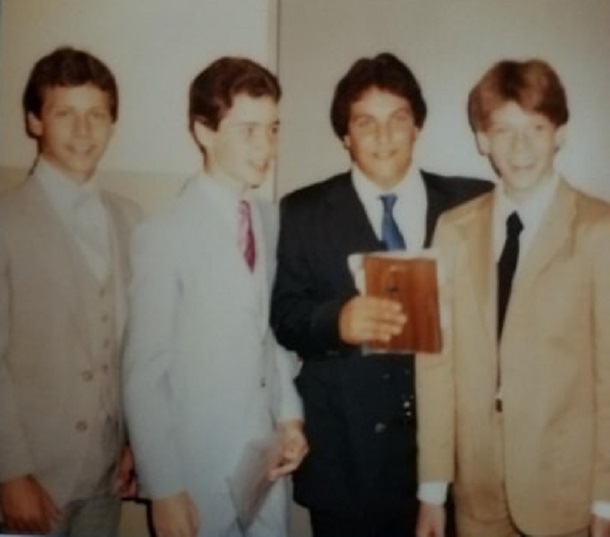 snack in those days wasn’t a given, I – again – immediately accepted.
A few seconds later the entire bag went into my mouth. I turned and smiled as I was pleased with the free candy that I scored. Rusty smiled as well, but as I would soon find out it was for sinister purposes.
And here’s where it gets juvenile.
As it turned out, Rusty was a bit gassy. So, as I chomped away with a mouthful of red hots, he decided to let one rip. The flatulence drew a typical reaction of huge laughter from the fifth graders gathered. The only issue with that was I started laughing too.
In fact, I laughed so much that I started choking. I choked so much I started gagging. I gagged so much that right there in the middle of the classroom in front of many of my friends just back from lunch I vomited all over myself.
I remember having a pullover jacket on and a teacher was brought in to help with the situation. The trauma was already in place because to this day I don’t remember who it was other than it was a woman.
The teacher advised me not to take off the pullover because it would get in my hair. We walked to the bathroom, which meant going down to the first floor of the school.
At this point, the only saving grace was that a lot of my other good friends didn’t get to witness my situation as they had yet to return from lunch. My relief from that was soon to be replaced with the ultimate walk of shame.

At NVJHS, the boy’s bathroom was located directly across the hall from the lunchroom back in the 1970s. Although our lunch time was over, the junior high kids – all the pretty girls I had a crush on and all the guys who I looked up to – were waiting in line for lunch all the way to the door I had to go through.
To make matters worse, the woman educator had to ask one of the boys to see if the bathroom was empty. That meant I had to stand there not only covered in vomit, but with a bright shade of red in it for the viewing pleasure of those who probably suddenly losing their appetite.
From that point, I don’t remember much. The teacher got my pullover off. Someway, I ended up with a jacket to wear home. And my dear friend Rusty was smiling from ear to ear when I returned to the classroom.
I’m assuming in our lifetime of trying to one up another, this had to be at or near the top of his list. After all, it’s about four decades later and I think about it every time school is ready to start.
It’s mental damage, and physical. To this day, I don’t think I’ve had red hots ever since.
Here’s hoping parents and students enjoy school this year. And here’s hoping no one must have a walk of shame like mine.
Editor's Note: That's the author, Jeff Toquinto, in the top photo on the left with his friend Rusty Mazzie back in high school. The two are shown in the middle of a junior high picture in the second photo surrounded by friends Doug Sprouse, far left, and Patsy Trecost, far right. Below, shown as adults (loosely applied) Jeff and Rusty, to the right, are shown with Rusty's mother Mary Mazzie and good friend Jason Webber, far left.