By Jeff Toquinto on April 04, 2020 from ToquiNotes

The name Danny Beevers may not ring a bell with everyone in Bridgeport, but he’s been in your city doing good deeds for a few years and out in the community doing the same as well. And most recently this young man has encountered a major issue no 17-year-old should have to experience.
Beevers is a member of Bridgeport Scout Troop40. He is a home-schooled student living in Jane Lew who gets a good portion of his direction with the Scouts from BHS alum and Scout Master Jason Hosaflook. Hosaflook, who played football in the 1990s for Coach 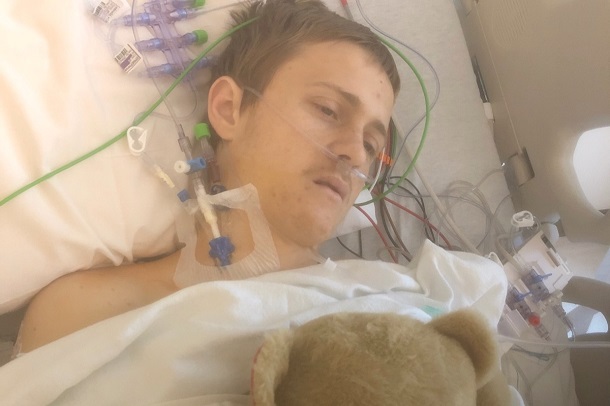 Wayne Jamison, is asking for the Bridgeport community and beyond to help this young man.
We’ll get to the help later. First, a look at why it’s needed.
Two weekends ago, Beevers began experiencing chest pains. He had a shortness of breath and left arm pain, all classic signs of a potential heart attack or cardiac distress, said Hosaflook. While that may seem scary for anyone, especially a 17-year-old, it was particularly troublesome for Danny.
Danny was born with Kawasaki’s disease. It’s a condition that has caused narrowing of his blood vessels that leads to the youngster taking blood thinners daily to try and eliminate at best and reduce at worse the possibility of blood clots. Hosaflook said, and as this proved is the case of Beevers, not to be failproof.
“They didn’t waste any time taking him straight to Ruby Memorial (in Morgantown) because of his condition. Once there they did labs and then the EKG showed he was having a heart attack,” said Hosaflook. “In an older person this happens usually due to plaque build up or a 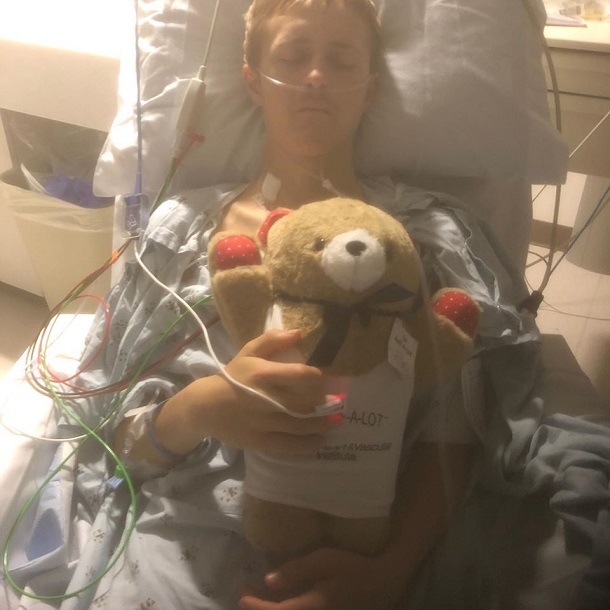 fatty diet that leads to a blockage. In Danny’s case, his vessels are narrowed and can form blood clots. He got small clots into the coronary artery feeding his heart.”
On March 27, Danny Beevers had open heart surgery before he was old enough to vote. Hosaflook said two arteries were repaired during the procedure and he’s expected to make a full recovery. On Tuesday, he headed home.
“The good news is that the heart tissue damage was minimal. He’ll still have to manage his situation with blood thinners the rest of his life,” said Hosaflook.
For those wondering if Beevers was in bad shape because of his disease, Hosaflook said it’s not the case. In fact, he said it’s just the opposite.
“He’s extremely active and can physically do anything,” said Hosaflook. “He’s a great runner and involved in sports and numerous activities.”
Scouting is one of those activities. Even though he’s only been involved for a few years, Beevers is already up to speed thanks to a gung-ho attitude on display during the regular meetings at Simpson Creek Baptist Church.
“He’s done a great job to catch up to where he is now. He actually finished his Eagle Scout project the week before he had the heart 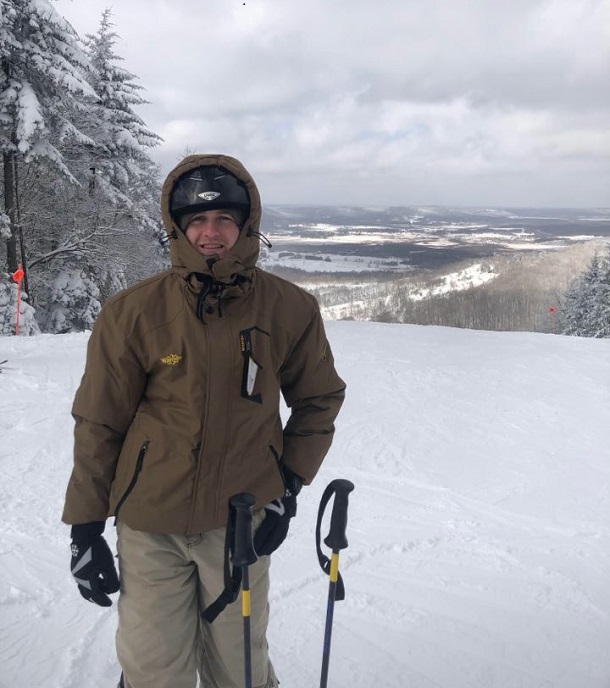 attack,” said Hosaflook of the same young man you may have seen helping you out during his work at the Kroger store at Eastpointe.
And what was that project?
“He refurbished a cemetery for his church, but this wasn’t any simple refurbishing because the church didn’t even know they owned the property where this cemetery was located,” said Hosaflook. “The church received a residual check from a gas company and when they called to find out why, they learned the property was left to them in a will.”
As one might imagine, the cemetery was not in good shape. It was in bad shape.
“It was completely overgrown. The tombstones were either grown over or tipped over and the whole place was a mess. He cleaned it, cut it, put the headstones back and made it usable again,” said Hosaflook. “It was a pretty big and impressive effort.”
The same type of impressive, Hosaflook said, that Beevers shows as a Scout. And coming from Hosaflook, who has been involved as a scout and a scout leader for decades, the words aren’t hollow.
“He’s a senior scout and a senior leader; an assistant senior patrol leader,” said Hosaflook. “He’s one of our most active older scouts. He’s just a good kid to be around from a good family.”
Now, the family and the kid need a little bit of help. Hosaflook has set up a GoFundMe account. The 1995 BHS graduate is hoping the community can provide a bit of local relief.
“The account is set up with a little bit of his story, so people know what has transpired. We’re hoping to help his family with medical bills and expenses,” said Hosaflook. “With his condition, there are ongoing expenses. With this surgery, it’s adding a big burden. I want to help, and hope others can to because he’s an independent young man who works hard and believes in paying his own way … this is a way to help out a young man who’s doing it right.”
Danny is the son of Eric and Kathy Beevers. To help, click HERE to go to the GoFundMe page.
Editor's Note: Top two photos show Danny Beevers after his heart surgery, while he's shown during the Troop's ski trip in February as part of a Beevers' active lifestyle. Photos courtesy of Jason Hosaflook.