By Jeff Toquinto on January 09, 2021 from ToquiNotes

It is not unusual for a high school student to babysit. It is certainly not unusual for an older cousin to babysit their younger cousin.
What may be a bit different to the outsider is for the babysitter to have deal with a child who spent much of their entirely too short life battling cancer. For Savannah Pudder, if there was anything unusual that ever surfaced in her mind, love simply canceled it out. 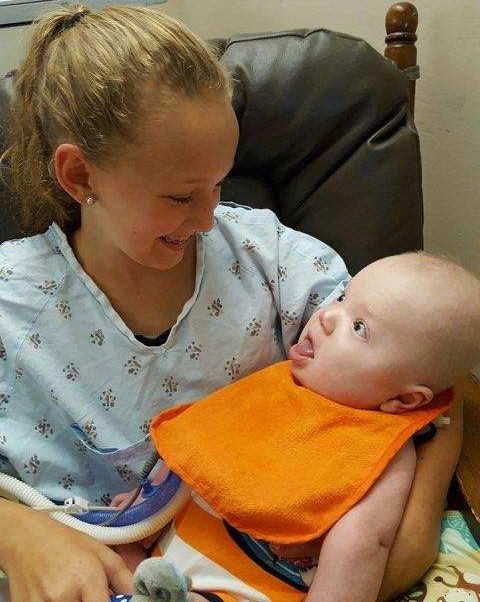 Pudder, a junior at Bridgeport High School, is the older cousin of Noah Haws. Haws, you may recall from the blog, battled, and waged a tiny man’s war against a rare form of kidney cancer that saw him die at the age of four.
During a lot of those years, Pudder was Noah’s babysitter. She would assist her aunt and uncle, Ryan and Katie Haws, with taking care of Noah; often reading to him and making the beautiful child smile.
“We were really close even though he couldn’t talk or communicate a lot of his feelings, we had a special connection. The family told me that, and maybe I didn’t realize it until the latter stages of his life, but I would hold him, cuddle him, read with him, and toys with him,” said Pudder. “I’ve always said when he passed I’ve never loved anyone more than him. It made his passing that much to deal with.”
When Noah passed this past June, Pudder’s love did not end. However, that love needed an outlet. It is safe to say she found it.
The 17-year-old has begun a program that will assist those suffering from, as well as the families of, childhood cancer. The program, appropriately enough, is called “Noah’s Boxes of Sunshine.” And it has already provided rays of love to others not just locally, but the plan is to do it anywhere.
“Whenever he passed, I wanted to do something in his honor and wasn’t sure how to do that,” said Pudder. “I saw something similar to what I ended up doing, people sending care packages across the country and though that was a good idea.
“As I would see more and more kids online on social media that were suffering and 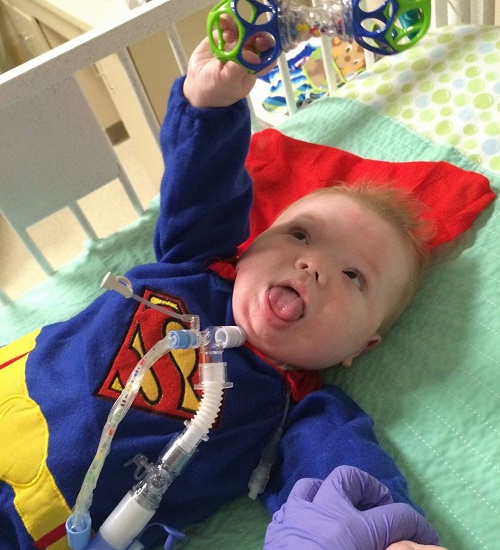 going through the same things our family faced, I figured one night I’m going to try it, and if I’m going to try it, I’m going to be all in,” said Pudder. “It turned out better than I anticipated.”
Initially, Pudder started by using her own funds to get the packages going. She would set up a GoFundMe page that is still active (and you can donate below) that would help her reimburse the initial costs and set the stage for more packages that are not by any means of the small variety.
“The costs add up quickly, when you figure in the shipping for the size of the packages and the amount of toys and other items included,” said Pudder. “It is more than toys. The packages are all different.”
As of Thursday, she had sent out four “Boxes of Sunshine.” She anticipated sending out two more by today.
“I actually talk to the parents of the child that the box goes to. I want to know what the child’s favorite things are, what they might be wishing for,” she said. “There are a lot of toys, and they are quality toys so they will last.
“I also ask about the siblings. A lot of times when there is a case with a child with cancer, the siblings are overlooked because so much time has to be devoted to caring for the child,” she continued. “We also try to put in gift cards for the families, which may include a Visa gift card or one from DoorDash, so they don’t 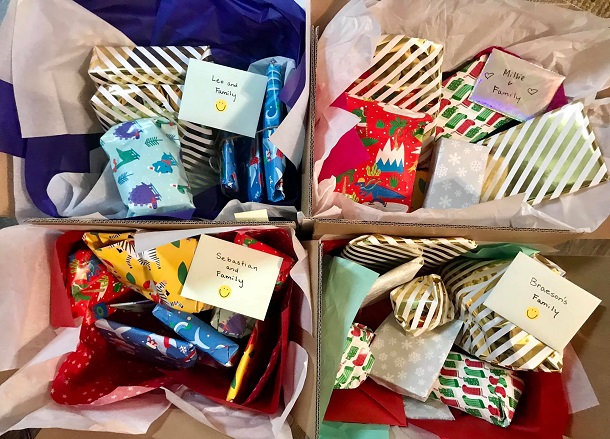 have to worry about a meal or two.”
Pudder said she finds children in need via Instagram. She said once you have contacted one individual going through a battle with a child, you can generally locate entire communities. She has also had people reach out to her.
As for how long she continues to do it, Pudder said she hopes to be able to continue through high school. She said it is more than financially tough, which you can help with, but it is draining in another area as well.
“I’ve been thinking for a while for about how long to do this, and I keep thinking I should try to go at least until I’m done with high school as long as there are fund available,” she said. “It’s really tough and emotionally draining to see children suffer, but I also hate to leave any of them in need, so I’ll keep going for a while.”
To help her continue, visit the GoFundMe page by clicking HERE. The Instagram account can be found HERE, while the Facebook page, which has is still not officially kicked off, can be found HERE.
Editor's Note: Top photo shows Savannah Pudder with her beloved cousin Noah Haws, while Noah is shown during one of his many stays in the hospital. Bottom photo shows the first four "Noah's Boxes of Sunshine" that were sent out. Photos courtesy of Savannah Pudder and the Haws family.