ToquiNotes: Best Out of Area Burger Perhaps Ever is Reason to Give a Shout to My Best Local Burgers

By Jeff Toquinto on November 19, 2022 from ToquiNotes

With Thanksgiving approaching, many of our thoughts have turned to the holiday in general and food in particular. It should be noted that my thoughts are almost always on food as past blogs can attest to.
I should note the blog you are about to read is a result of a result weekend trip to Huntington to go to a memorial service for my uncle when family members gathered Saturday evening for a group dinner. As it turned out, I ended up having maybe the best hamburger I have ever ate away from home, or at least that I can recall. 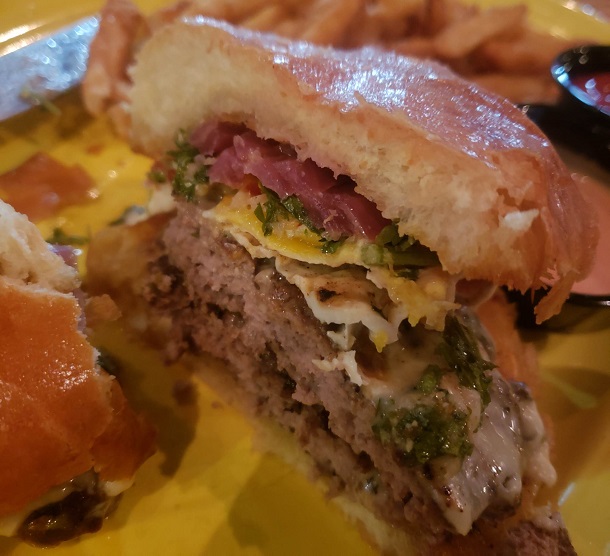 Maybe I got lucky. Maybe I was just hungry. And maybe, just maybe, it really was that good.
I’ll talk about it in a second. But it got me to thinking about my favorite burgers I have had here in Bridgeport.
And as a qualifier, these are my favorite burgers. That does not mean they are the best or better than someone else’s burgers and there is a chance that I may not have had one you like or an even better chance I really liked one and totally forgot about it.
Here is the thing. The list for me is short. I love a good hamburger, but it is not my food of choice. That does not mean I will not get one, but it is usually a secondary option.
I digress. Back to Huntington.
After going to two dining establishments filled to capacity due to the Marshall football game that was nearing its end, waits were up to an hour. Eventually, we settled on Black Sheep Burritos and Brews. As much as I love Mexican, I figured I could not go wrong.
As I scanned the menu, I noticed “Ribeye Smashers,” which the waiter said were burgers. I opted for the Argentinian, which consisted of 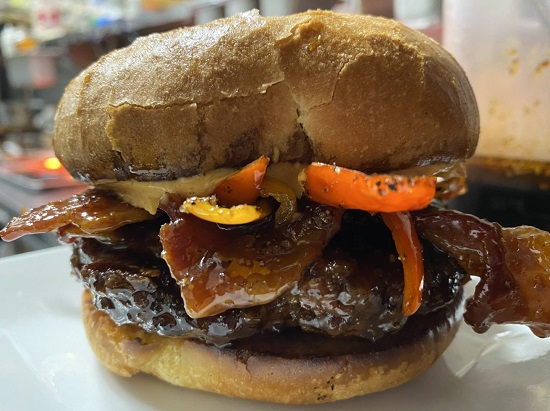 two four-ounce patties of ground ribeye burger, fried egg, chimichurri, lime crema, pickled red onion on a brioche bun. I, as usual, got mayonnaise to go with it.
The thing was huge. It melted in my mouth. And plans to take half of it back to the hotel ended quickly in a flurry of mouth-watering attacks on the food in front of me.
It was good. Really good, and is leading me to this, which involve some of the best burgers I have had in Bridgeport in recent years.
As noted, this list is small, primarily due to my lack of buying too many of them and all of them are ordered minus tomatoes. I’ll start with a trio of our neighbors right here in Charles Pointe, first with our friends at Mia Margherita.
Earlier this year, I got a Smash Burger. What is that you might ask? It’s a plate full of heaven.
Granted, it had been a while but the one I had involved two rather large beef patties, bacon, gorgonzola, and provolone cheese, along with a few other items. It also did not make it home.
On my last trip to Meagher’s Irish Pub, the burger of choice was one I knew I was going to have. It involved the standards as well spinach and bacon and, wait for it, macaroni and cheese. Yeah, that put it over the top. 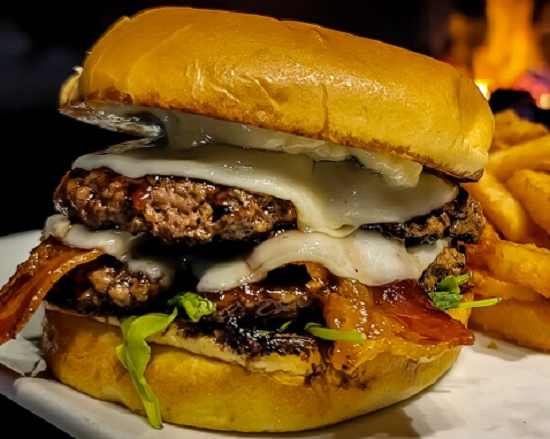 A third in a hat trick on the Charles Pointe stops is Buffalo Wild Wings. While they do offer some specialty burgers, I go standard. And the standard is large and delicious even though my go to there is the buffalo chicken wrap (perhaps the topic of a future blog.).
Now, if you really want to get creative then you may want to head across the interstate on Jerry Dove Drive and make a pit stop at Cody’s. Owner/operator Cody Thrasher will give you a standard burger, but the stuff he puts together is indescribably good when the stuff put together may give you pause. In fact, it has been a while since I have made a pit stop there and should renew my tracks just to see what he has concocted.
Don’t pause. Just eat and enjoy.
Another one some may overlook is due to its name. However, if you are sleeping on T&L Hot Dogs burgers, then you are making a mistake. I took advantage of their burger 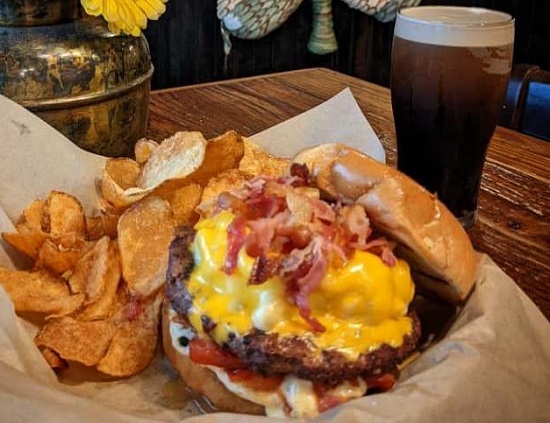 special during the COVID “take out only” era and took it out more than once.
Are there others? Sure, there are. The ones I have mentioned are the ones I have had recently or within the last couple of years.
I just went through the list of Bridgeport restaurants and see plenty I have stopped at that I know serve good burgers – such as Country Roads Grills that my family members have gotten while I always get a hoagie. Twin Oaks sells burgers, but I have never got past anything Italian on the menu.
There are plenty of national chains and fast-food places that meet the needs of burger fans too. And as mentioned, if I have left one off you think should be on here, this is just my list and those I can remember. If you have some, I would love to read about them in the comment section below.
Fire away with your favorites and feel free to make some recommendations. After all, I need to eat a little bit before Thanksgiving arrives.
Editor's Note: The Argentinian Burger is shown above, while one of Cody's creations is shown after that. In the third photo, a Smash Burger from Mia Margherita is shown, while the bottom photo is of The Smokey from Meagher's. Bottom three photos from the respective businesses Facebook pages.