ToquiNotes: Concerns Mount for Intersection among Area's Worst as Hike in Traffic Flow Likely on the Way

By Jeff Toquinto on November 21, 2020 from ToquiNotes

Bridgeport Mayor Andy Lang has been in his current position long enough and a businessman long enough to know what is good for commerce in one area is generally good for commerce in the neighboring area.
Not exactly groundbreaking news, but relevant when it comes to Bridgeport, Harrison County and, for that matter, large portions of North Central West Virginia. And when it comes to retail, there are few areas where there is a connection like that at the Route 50, Emily Drive, Lodgeville Road, Platinum Drive configuration. 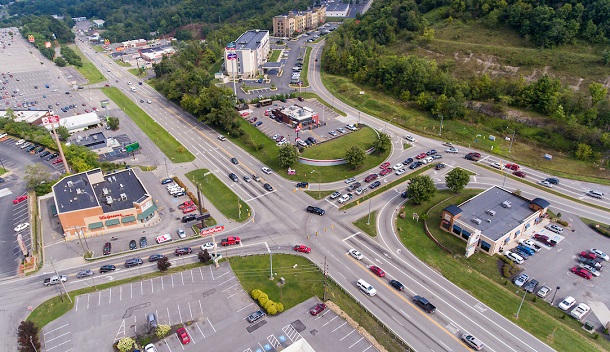 The area has been good to both city’s tax base. The same area has not been good to traffic flow.
Again, that is not what you would call groundbreaking news.
Whether you want to blame poor design, poor driving, impatient drivers, or something else, the intersection has been home to a high number of accidents and very likely a higher number of road rage incidents. It is such a problem that while Lang is thrilled to see development taking place in the form of a new, and relatively massive, Kroger going in place at Eastpointe, he is also concerned.
“I’m happy Kroger is staying there and reinvesting in Clarksburg and the region, but the traffic is already a problem,” said Lang. “I hope I am wrong, but I can’t imagine bringing the traffic from that end of Eastpointe to this end of the plaza, which is closer to the intersection that is a problem, and it not increasing the problems.”
In a recent article by The Exponent Telegram, it was reported developers were working with the West Virginia Division of Highways to make what will likely be the main entrance across from Taco Bell “friendly to traffic.” The second entrance across from Enterprise, the 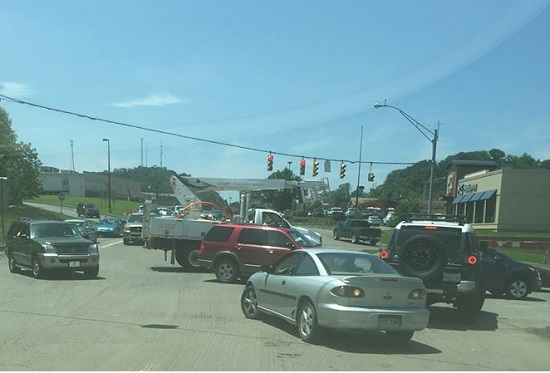 article stated, will be a right entry and right exit only.
Will that work? I certainly hope so. Do I think it will work? No, I do not. That is not the pessimist in me, but an observation of someone who is at Eastpointe on a regular basis (and who is also looking forward to what the brand new and twice as large Kroger will offer).
While the intersection leading to the problem was never designed by the state (and it was never designed to handle the development that ended up going there),  the state assumed the problem of it during the tenure of the late Gov. Cecil Underwood. Underwood accepted Emily Drive to be under the guise of the state and here we are.
One thing is very clear. The state is aware of the problem – very aware. Lang, the Bridgeport City Council, and the City of Bridgeport Engineering Department makes sure of it every year. They will again this year, but there is zero chance of anything permanent in the immediate future.
The sad part is the heavy lobbying by the city began four years ago when Lang assumed office, and nothing has materialized. If there is something in the works, he is not aware of it.
“There is absolutely nothing I know of,” said Lang. “Considering the contacts myself, Council and (City Engineer) Beth (Fox) have made and the meetings we’ve had, if something was taking place of a major scale, myself and Council would have learned about it.” 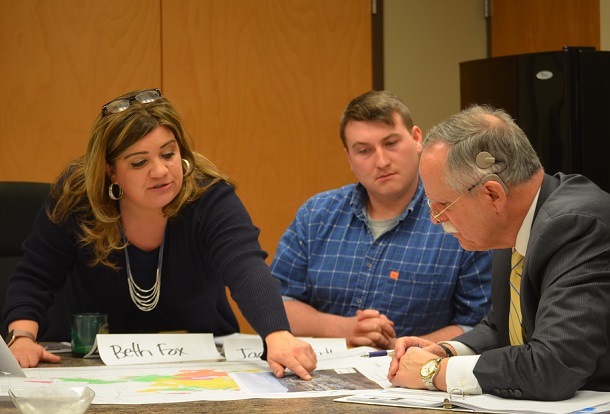 That does not mean Lang is throwing in the towel. Instead, with what will likely be a new element adding to an already combustible mix, he plans to continue.
“I’m 1000 percent going to keep pressing forward with it. First and foremost, it is a safety issue,” said Lang. “An improved intersection also adds value to Eastpointe, to Platinum Drive, to businesses along Lodgeville Road in both Clarksburg and Bridgeport. We’ve made our point. We know the have heard us. What we also know is nothing has happened.”
The point has been made at the local and state level. It has been made in the form of letters and face-to-face meetings with local DOH officials in Bridgeport and state officials in Charleston. It has been made with local representatives as well.
“We’ll be going back to Charleston and we’ll be sending out another letter to the DOH, our legislative officials and to the governor as well,” said Lang. “This will be our fourth round of letters and meetings, and if need to do a fifth and a sixth or more, then we’ll do that too.”
The commentary by Lang comes on the heels of the state announcing a portion of a $24 million project reconfiguring Exit 99 of Interstate 79 in Lewis County was complete. The portion was the southbound off ramp.
For anyone familiar with that intersection, it was a train wreck needing a redesign. For anyone familiar with Gov. Jim Justice, they know it is part of the Roads to Prosperity project. They also may know the Roads to Prosperity list include the Interstate 79/Route 50 interchange that is roughly a few hundred yards away from the mess that is Route 50/Emily Drive/Lodgeville Road. 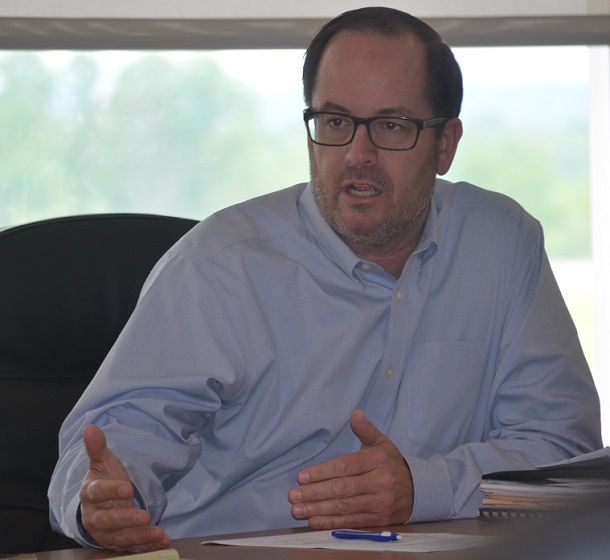 As of now, there is no timetable on that project. There is also no price mentioned that would come from the $1.6 billion in bonds for projects statewide. What that means there is time to possibly get this addressed with powerful lobbying and someone willing to listen.
“Beth has made it a point to talk to officials about including both intersections into one project because they’re that close,” said Lang. “It makes sense but making sense doesn’t always mean getting something done when you’re talking millions of dollars. The state knows that is a poorly designed intersection but having the money to do something about it is a pretty big hurdle.”
Dollars are always the key factor. Again, that is not news. It is also not news that it sure would be nice to throw some dollars at the Route 50 intersection with Davisson Run Road.
Again, I am well aware – as are others – that driver error plays a key role in many accidents there and everywhere. Poor design, however, plays a key role in turning accidents into injuries that occasionally become fatalities.
Perhaps you can help, and eventually help out the local community and region be safer and have the ability to prosper even more economically. Call you legislator. Send them an email. And do it both locally and at the state level.
Let them know it is a problem. And it is a problem I am afraid is going to get worse when the new Kroger opens in early 2021.
Editor's Note: Top photo show

Dine & Donate with The Caboose