ToquiNotes: Deceased Restaurant List "The Sequel" Thanks to Significant Input from Hundreds of Readers

By Jeff Toquinto on November 14, 2020 from ToquiNotes

When it comes to writing about restaurants, it appears the only thing more popular than a story on a new restaurant in Bridgeport or the area is a story reminiscing about ones no longer in business. At least that is what the numbers say.
A few weeks back, I posted a blog on “deceased restaurants” and thousands of individuals read the story. Even better, across multiple forums where the blog was shared there was discussion on multiple restaurants I forgot about or never heard about.
What follows are some of the comments that I could find from the various places the blog was shared, including the Connect-Bridgeport Facebook and Twitter social media platforms. I am sure I will miss some as the blog was shared more than a hundred times. You can read it HERE.
Here goes:
Phillips Restaurant – I should actually be ashamed of myself. Outside of Cactus Jack’s there was no single place I ate at more during my early writing days than this restaurant in Glen Elk that eventually had a location at Gabe’s Plaza in Bridgeport. The outdoor patio for lunch, which featured a buffet that included mini-steak hoagies and pasta, was incredible. To this day, his sauce joins Muriale’s as my favorite 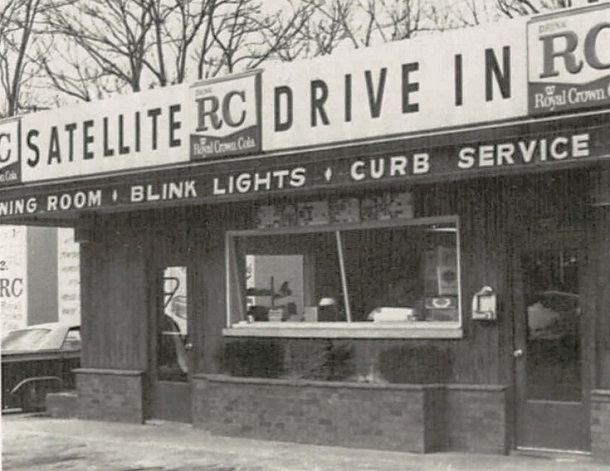 .
Andy’s Hot Dogs – Okay, so I never went there. I actually had never heard about it, but this place was a smash hit with Bridgeport folks. I believe several people talked about hot dots a dime apiece. Apparently, they had something going strong that I would have liked to have gotten to take part in.
Dave’s Restaurant – Another I am ashamed to admit my aging mind forgot. The Dave’s Delight was a national treasure of a sandwich and I am not sure I have ever had a better spinach salad. Plus, for those that ventured into the back to eat in “the Coal Room,” a trip to the bathroom met opening up one of the doors to see a skeleton in hiding.
Satellite Drive In – This one I remember, but just barely. It was located in an area near the current Caboose restaurant and there is a pawn shop and a doctor’s office located on the property today. It was the “Sonic” of the past and Clarksburg had one of the last ones.
Rax – This used to be right there on Tolley Drive, literally yards outside the city limits of Bridgeport. What I remember about this place is that it had one of the first all-you-can-eat salad bars and it included gallons of pudding – chocolate and vanilla and usually one or two 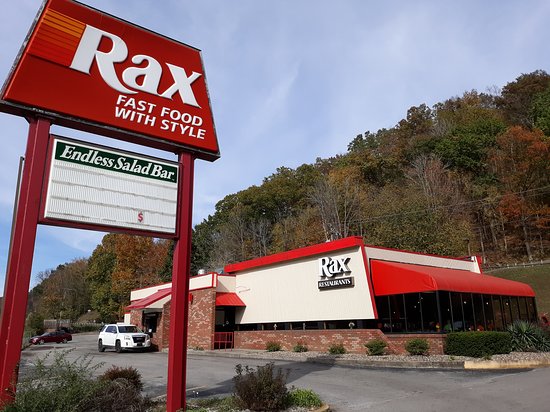 other flavors.
Big Frank’s Barbeque – Big Frank actually lived behind me when I was a kid in North View – a great neighbor. Come to find out, he was great in the kitchen. Stopped many times for a sandwich at both of his locations in Harrison County and, to this day, I do not think I have ever had baked beans that could touch his culinary creation.
WUV's Hamburgers - Here's another one I saw multiple times, and one I've heard talked about before by former Cactus Jack's owner and Durango's manager Ron Gilmore. Apparently, this burger joint, which closed nationally in 1981, was located where Durango's was located (Wesbanco) on Main Street today.
Johnny B’s – Right across from Compton Bowling Lanes and now home to a T&L Hot Dogs, the food here was incredible. They made Italian sandwiches that could feed you for three days. I may be wrong, but I believe it was operated by the late Tim Goots, who knew a thing or two about cooking.
Scotto’s Pizza – Ate there once, maybe twice, when my father worked at Parson Souders at Middletown Mall. When I saw the comment, I remembered the pizza. And if I remembered, it must have been good. 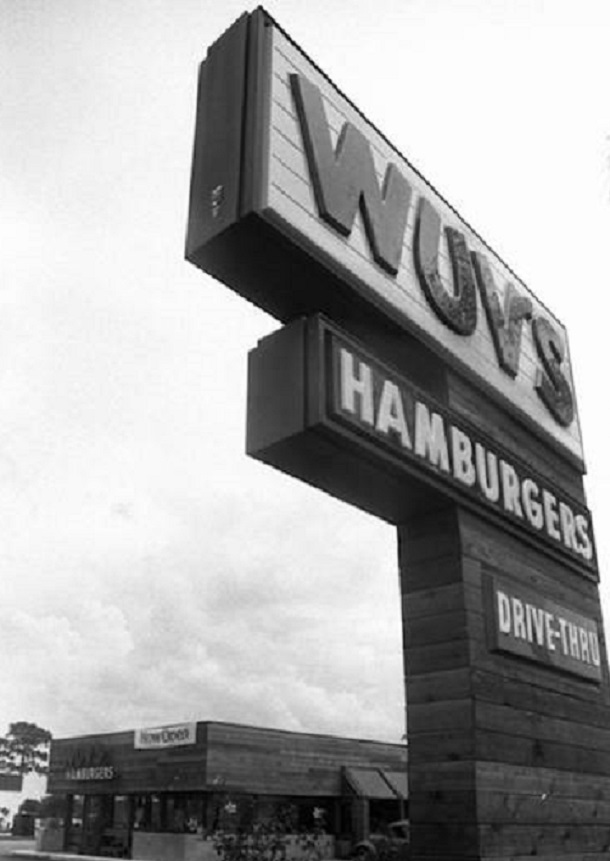 The Submarine – Speaking of Parson Souders, how could I forget this restaurant? My father transferred back to Clarksburg and was the shipping department manager and that was located right next to the restaurant. They had a “pizza burger” that I have never had since. They also served milk shakes to you in the silver mixing cup and gave you an empty cup to pour it in.
Compton Bowling Lanes Snack Bar – I remember getting food there bowling as a youngster, but I remember a few years before it closed when they began serving cold beers bowling a few games and grabbing a pizza and some other food. If you equate bowling alley food as bad, you would be wrong. The food, particularly the pizza, was good and priced right. Oh, and the beer was ice cold.
Tucillo’s – I may be wrong, but they had several locations. The pizza was good, and they also had video games that was an added bonus to a large pie with friends or family.
Second Street Coffee Shop – Another long since gone downtown Clarksburg restaurant, this place had about four or five booths. I cannot tell you if the coffee was good, but among the best hot dogs I recall as a kid.
Chestnut Hill’s Market – Okay, not a restaurant, but a mainstay on my family’s dining list. The reason? T 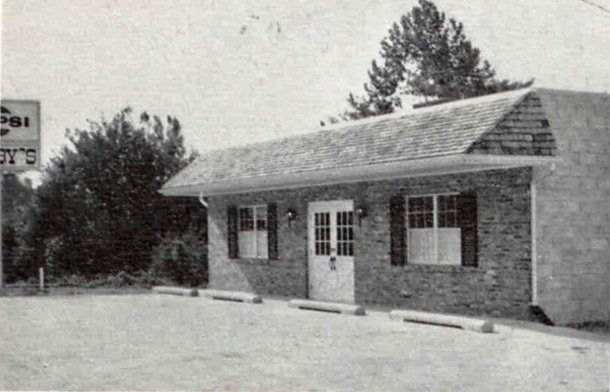 hree for $1 hot dogs. The hot dogs were not bad by any stretch, and the price always worked out for a family on a limited budget.
Alvaro’s Pizza – There have been plenty of good pizza places in Bridgeport and Harrison County, and this one was no exception. I also believe they featured a pretty good hoagie but would like some back up on that.
Lum’s/Star Restaurant – I may be wrong, but I think these two restaurants occupied the same building. What I remember most is they had a late-night buffet that I hit in high school and my early college years. I may also be wrong, but I am thinking there was a radio station manned by a dee jay and young ladies that would take your orders outdoors. Perhaps it was Sky Castle? Again, some help for my feeble memory is certainly welcome.
Jim Reid’s – Yet another on my list of shame. Shame in the fact I forgot about this place that had the absolute best fresh seafood around. 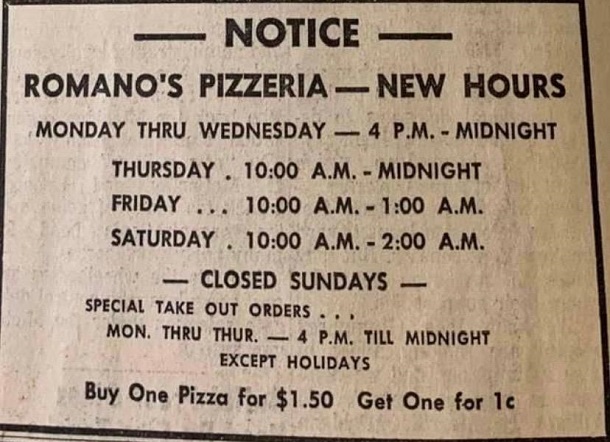 And do not forget a Margaret’s or Reid’s salad – both of which you can get in the same building that houses the F.O.P. today in Nutter Fort.
Zarby’s – I’m trying to talk mainly about the ones I recall, but a few I’ve mentioned were mentioned more than once (and the spelling may not be correct – so feel free to comment below if you know the correct spelling). This restaurant, which I never visited, was apparently located at the Wonder Bar Road exit off of Route 50 in the area now home to the Colonial Village.
Romano’s Pizzeria – I have saved this one for the end because, well, I am most ashamed about this one. My wife’s grandparents owned this business that was brought up on multiple threads and, to this day, I hear stories about it at family gatherings. I also hear stories about it when people talk to members of my wife’s family as not only the place to be back in the day, but some of the best pizza and Italian food in the area. They apparently offered a buy one, get one for a penny special.
Editor's Note: Top photo is of the Satellite, while the second and third photos of Rax and Wuv's, respectively, are not of the local establishments, but chain photos. The fourth photo is of Sarby's, if that is the correct spelling (note the sign is partially obscured), while an ad for Romano's Pizzeria is shown below.

How about: Pappy's in the mid-70's. It was the original restaurant where El Rincon is now. The Gay 90's also in the 70's (at least) on Main St. (between Virginia and Orchard) in Bridgeport where Erie Insurance is now. Bonanza: in the Brickside building Virginia's Restaurant: a diner located by the present day DQ