By Jeff Toquinto on January 21, 2023 from ToquiNotes

Brittany Ours Heckman remembers her time growing up in the Bridgeport area and school system. She recalls fondly being 8 years old and being in Mrs. Pool’s class without a care in the world.
“I loved the playground. That was the place to be,” said Heckman. “We also loved lunch and the classroom parties for the holidays. That’s all we thought about.”
At 8, the thought process should not include stress. It should not include worry. And it definitely should not include knowing your time on this earth is limited. 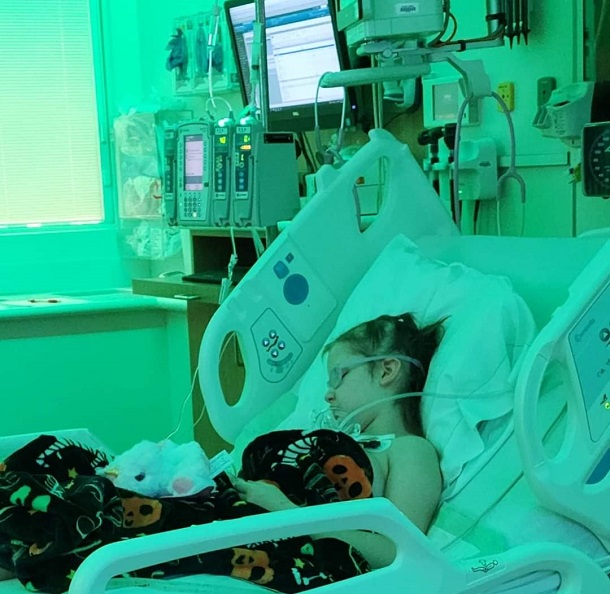 Brittany Heckman knows that. Her husband Carl Heckman knows that. Nicole Heckman, who is the birth mother of current 8-year-old Tiar Heckman and one of a legion of people who love and care for Tiar all know that.
For more than two years now – since Sept. 27 of 2020 to be exact – all those who know and love this cute little girl know Tiar’s time is limited. She is in a place no child should have to be and that is where time is limited, and quality of life is critical.
It was on that date in the diagnosis came in for adrenocortical carcinoma. It is a cancer of the adrenal gland and, although extremely rare in children, it is an aggressive form of cancer that has witnessed Tiar battle it since that time.
Brittany, who is the “bonus mom” to Tiar and met her the day she turned 3, along with her birth father and mother, her grandparents, family members, and others, are hoping to 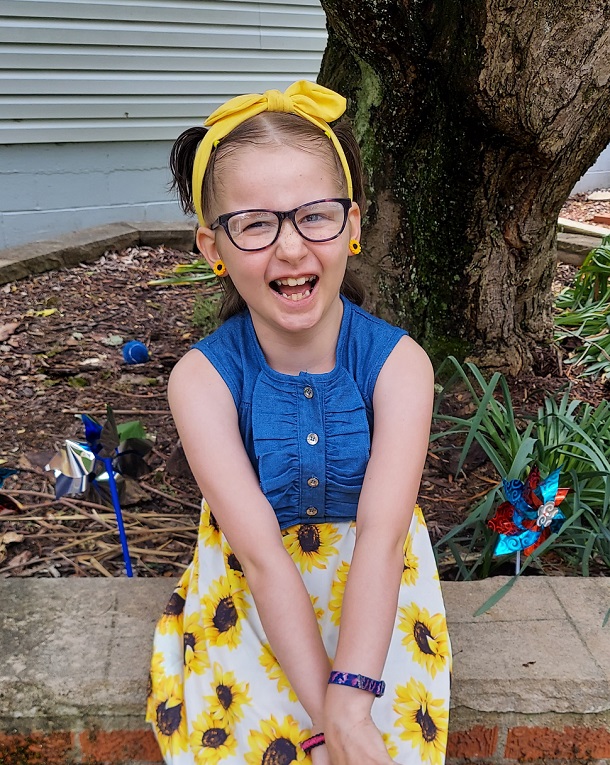 make the final time as enjoyable as possible. By the end of this blog, we’ll let you know how you can assist in making little Tiar’s dream come true.
Before getting there, it is important to know how Tiar got this point from that horrible September day to where the family and loved ones are hoping to just have enough time as possible to spend with her.
Just prior to the diagnosis, an MRI had found a mass. It was the size of two adult male’s fists and encompassed the then 5-year-olds adrenal gland. The tumor and the glands were removed at Ruby Memorial in Morgantown to begin the first of several surgeries that would lead to ongoing treatments that continue to this day.
Since October of 2020, and to this day, the care is now being handled by St. Jude Children's Research Hospital, a pediatric treatment and research facility, in Memphis, Tennessee. It was there, after her surgery in Morgantown, where the first body scan found the cancer to be stage four and, in her lungs, said Brittany.
“They couldn’t count how many tumors … over 200 of them,” said Brittany.
Treatment began immediately. There was intense chemotherapy, including oral chemo treatments, for nine months followed by a two-month period back home to rest – but still taking oral chemotherapy treatments. 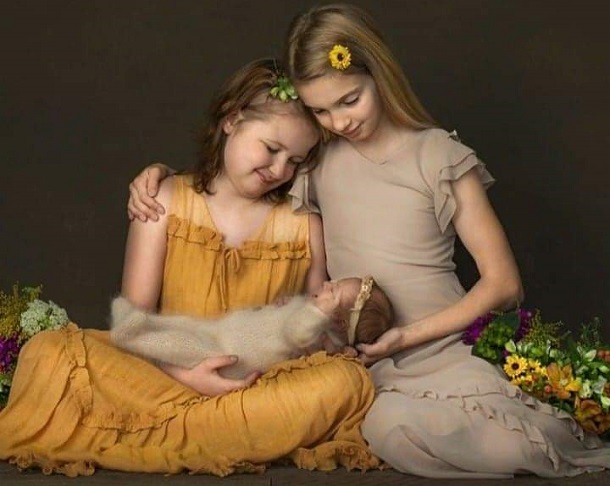 It was the first of many trips to Tennessee and back home to Buckhannon for Tiar. There would occasionally be progress, but too often the news was not what the family would want to hear. Even when tumors would go away, they would not all go away. And there would be scans showing new tumors that required new treatments, new medications.
Finally, and just six weeks ago, a scan showed nothing active in little Tiar’s body. The good news would not last long. Less that two weeks ago, during another trip to St. Jude’s, eight tumors were found, including one on the major blood vessels going to her heart.
“Right now, we’re all working for quality of life,” said Brittany. “There are no more medical options left, but we do have a medication that will slow the growth of the cancer to give us more time.”
As for how much? Brittany said they do not know a definite time frame, but that they have been told it is likely in terms of months, perhaps 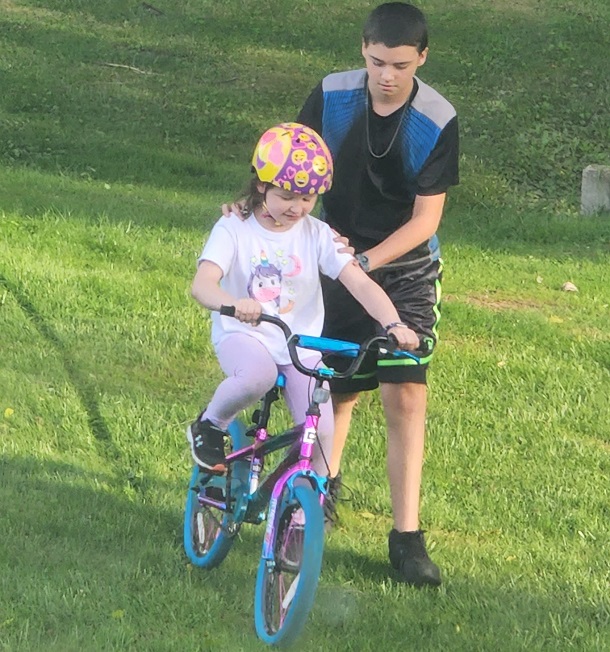 up to a year.
Tomorrow, Tiar and her mother Nicole will fly back down to Tennessee to St. Jude’s. On Feb. 20, another set of scans will be done to get a better grasp on how much longer Tiar has.
“What they have told us is whatever plans we have for Tiar to do things we need to do them as soon as possible,” said Brittany.
That is where you can help. This is where Bridgeport, Harrison County, and North Central West Virginia can step up and fulfill what the Make-A-Wish Foundation tried to do, and that was sending Tiar to Disney World in Orlando.
Make-A-Wish got that in gear, but there was an issue. It came at the height of COVID so a trip to Disney was out and a Disney Shopping Spree was in. Unfortunately, the day of the shopping spree, Tiar fell ill and could not enjoy the experience for herself. And even more unfortunate is that Make-A-Wish can only grant one wish.
That has led the family to try to raise the funds to get Tiar and her family to Disney in the weeks and, maybe, the months ahead. That includes Tiar, Brittany, Carl, Nicole, her bonus brother Mikey, sisters Shyanne and baby sister Charlie, as well as her grandmothers.
Brittany said it is going to happen. However, to help ease the burden, a GoFundMe page has been set up with a goal of reaching $20,000. 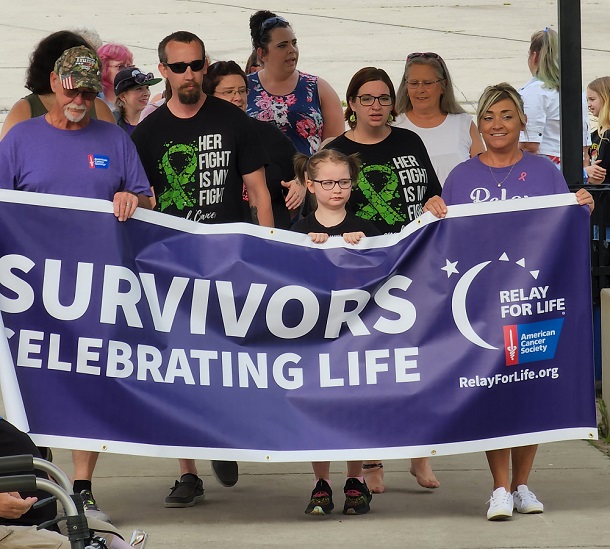 And you can donate to it by clicking HERE.You can also visit Brittany's Facebook page and send her a direct message if you would like to donate in other ways by clicking HERE.
“(Tiar) is going to be flabbergasted. She loves all things Disney, especially Elsa (from Frozen), Cinderella, and Rapunzel (from Tangled),” said Brittany. “She’s so excited to see all the princesses and she wants to go on some rides. We hope to make this a beautiful experience.”
Let’s try to help make it as beautiful as possible for this little girl who Brittany said is still “ornery, happy, and bubbly.”
The orneriness is something we cannot control. Collectively, however, helping out Tiar can sure make her happier and a lot bubblier.
After all, being happy and bubbly – without a care in the world – is what things are supposed to be like when you are 8.
Editor's Note: Top photo shows Tiar shortly after a surgery to remove a tumor from her lung, while she's shown recently in an adorable sunflower outfit. In the third photo, she is shown with her older sister Shyanne and baby sister Charlie, while she is getting some bike riding lessons from bonus brother Mikey in the fourth photo. In the bottom photo, Tiar is shown holding the banner, along with her father and mother during the Upshur County Relay For Life event.