ToquiNotes: How One Local Man's 15 Minutes of Fame was Being in Movie "The Silence of the Lambs"

By Jeff Toquinto on November 16, 2019 from ToquiNotes

You may know him. And if you’ve been at a sporting event in Bridgeport, Harrison County at West Virginia University or beyond – or any type of event for that matter – you may have seen him.
Here’s what you probably don’t know. The same person was in one of the most critically acclaimed movies in the modern era, winning five Oscars. Here’s the thing – if you don’t know where to look you won’t see him. 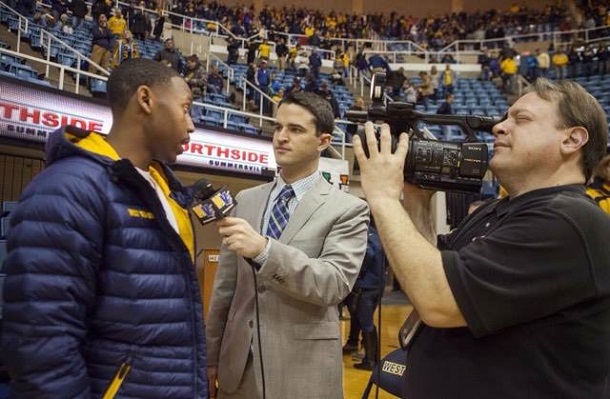 You’ll only see his back and it’s only briefly, but lifelong Harrison County resident and long-time WBOY employee and camera legend Mike Corley was in the movie “The Silence of the Lambs.” He was in it long enough to become a one-day member of the Screen Actors Guild and earn $40 for his services.
I was reminded of Mike Corley’s role thanks to a post by Bridgeport’s Lou Aragona. Aragona posted on Facebook he was watching the movie and his favorite actor Mike Corley, which  made me think back about the circumstances in which he became involved
Just how a young man who was in his 20s at the time managed to get into one of the biggest films ever made is pretty cool too. For that, you have to rewind to February of 1990 when the wheels were set into motion.
“It actually got going because that’s a ratings month for TV stations and they put forth the best effort to get the best ratings. They were filming near Pittsburgh and they were trying to get a live track to use in the move from Pittsburgh, but due to it being ratings month they declined,” said Corley, who today is WBOY’s chief videographer and on Thursday celebrated his 30th year with the company.
The request weren’t a total waste of time as KDKA did turn out to be helpful. They let those searching for a live truck to use in filming they had sold a truck recently to WBOY in Clarksburg.
“The production company got ahold of our station and arranged to rent the truck for the day,” said Corley. “Initially, our production guy was going to take the truck up. They had a change in schedule and someone else needed to go so they sent me.” 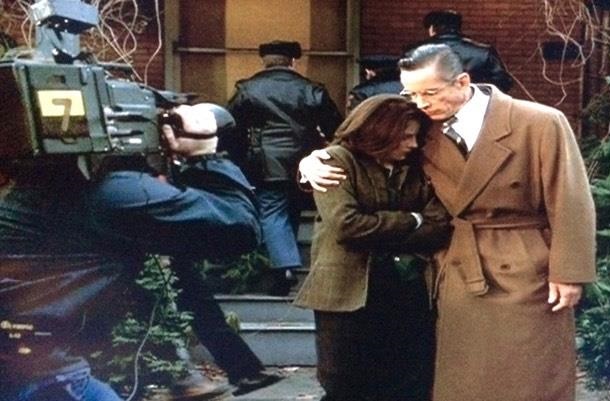 So Corley was off with the live truck to the Holiday Inn in Belle Vernon, Pa., not too far from Pittsburgh. At 6:15 a.m. early one morning, the crew met in the lobby and Corley met Marty Garrigan, a production assistant from Strong Heart Production Company.
“I met with him and a few others,” said Corley. “We all sort of caravanned to the set, which for the scene in question was a house in Perryopolis (Pa.).”
Once there, he took the truck to the art department. The logos were covered that said WBOY and WEQT Channel 7 was now in its place.
As this was taking place and since he didn’t have much to do, Corley hung around the set. He actually struck up a conversation with the

extras casting director – Stacy Blagovich.
“She asked what I did. I told her I was a photographer for our station and she said, ‘that’s great. We need one for the next scene’ and asked me if I was interested,” said Corley. “Of course I told her yes.”
From there, it was off to the props department. He was outfitted and given a fake beta camera that had all of the buttons and looked perfect. The only thing was that it was a fake – totally hollow. Corley was then put in a polo shirt, blue jeans and his WBOY windbreaker, which quickly had blue tape put over the WBOY logo.
“The scene I’m in is about 30 seconds and it took three hours to shoot,” said Corley. “Not because anyone did anything wrong, but because they changed how it was shot.” 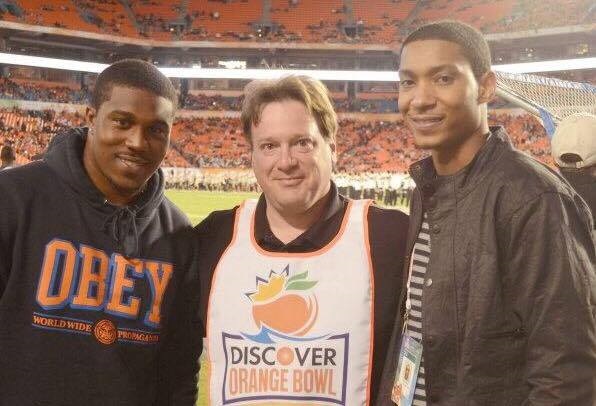 Initially, the shot was done where you were looking at the front of the house, Corley was to the left with his reporter and the television truck, while another reporter was shown in the background doing a life shot.
“The director didn’t like the look so he reblocked the entire set,” said Corley, who said once the change was made it took 45 minutes to shoot the 30-second scene. “As it turns out, they used me and the truck never made it into the film.”
The scene Corley is in comes just after Jodie Foster’s character, FBI Agent Clarice Starling, has just killed serial killer “Buffalo Bill,” who is played by Ted Levine. Foster is escorted from the home by the FBI’s Jack Crawford, played by screen legend Scott Glenn.
The scene was shot a little longer. As Foster and Glenn walked past him and the scene concludes. However, Corley said the scene originally includes the body of Buffalo Bill on a gurney and he actually had a line in it.
“I told my reporter ‘over here’ or ‘this way’ depending on the take,” said Corley. “I followed the body as it gets wheeled away, but that part got cut.” 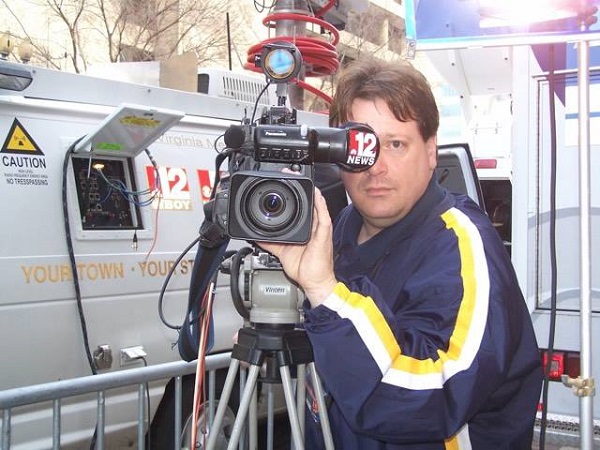 While Corley wasn’t involved with the biggest name in the movie – Anthony Hopkins who plays the notorious Hannibal Lecter – Foster and Glenn aren’t B-rate actors. So did he talk to them?
“I had very small talk with (Foster) and with Scott Glenn. I did talk about to the director, Jonathan Demme, who is pretty famous. When they say director they mean director because he told us exactly what we were going to do,” said Corley.  “He told me he wanted me to do exactly what I would do on a crime scene with a camera in a similar situation. The girl with me that was playing a reporter was an extra so I had to tell her to react.”
Corley said he only needed a few takes. The first few Demme wanted Corley to get right in their face.
“That’s exactly what I did and that’s what they used,” said Corley. “That was Feb. 12 of 1990 and the move come out Feb.  14 of 1991 and I never dreamed I would have a role, even such a minor one, in a movie that would be such a big hit. Once I got there and saw who all was in this movie I saw the huge star quality and knew it had potential. Those actors, unlike me, weren’t one-hit wonders.”
Corley almost made it to the screen again. In Draft Day starring Kevin Costner, they used actual footage from the NFL Draft and Corley was there interviewing Tavon Austin and Geno Smith when filming of him filming was taken.
“I didn’t make the cut this time,” said Corley.
When the movie came out, Corley thought for a moment that he didn’t make the final cut. And as he was at the theater with a crew from WBOY he said he started to slouch in his chair.
“You didn’t know it, but they used parallel action where the FBI is raiding the house that you think Jodie Foster is in and the one where I’m trying to get an interview. When they showed it, I was certain I was cut,” said Corley. “Then, they go to the house where she actually is located and I felt some relief.”
For anyone that saw the movie, the relief was that it was over. To this day, one of the most nerve-wracking movies I’ve ever witnessed. Knowing someone that was actually in it takes a little suspense off every time I watch it again.
And now you know someone in it as well.
Editor's Note: Top photo, by Ben Queen, shows Mike Corley, far right, filming former WVU standout Juwan Staten, left, while Geoff Coyle interviiews him. Second photo shows the back of Corley in the movie Silence of the Lambs and Jodie Foster and Scott Glenn are the subject of his camera. The third picture is a logo of the imaginary television station he worked for in the movie. In the fourth photo, Corley is shown with WVU standouts Steve Slaton, left, and Pat White at the Orange Bowl in a photo by Dale Sparks and Dan Estel of All-Pro Photography. Bottom picture shows Corley at the NCAA Basketball Tournament in 2008 in Washington, D.C. All photos courtesy of Mike Corley.