ToquiNotes: Hunter Mann's Personal Journey in Battle with Leukemia and a Message to the Community

By Jeff Toquinto on February 08, 2020 from ToquiNotes

Hunter Mann isn’t the first person to feel a bit fatigued after competing against fellow Bridgeport High School alum Dante Bonamico in an athletic setting. Mann also isn’t the first person his age to compete shortly after completing a surgery.
Such was the case back on Jan. 2 of this year. Mann was playing basketball and things just didn’t feel right.
“I couldn’t even make it up the court,” said Mann. “I was guarding Dante and I had to take a timeout. I blamed it on my shoulder and actually thought that was it.” 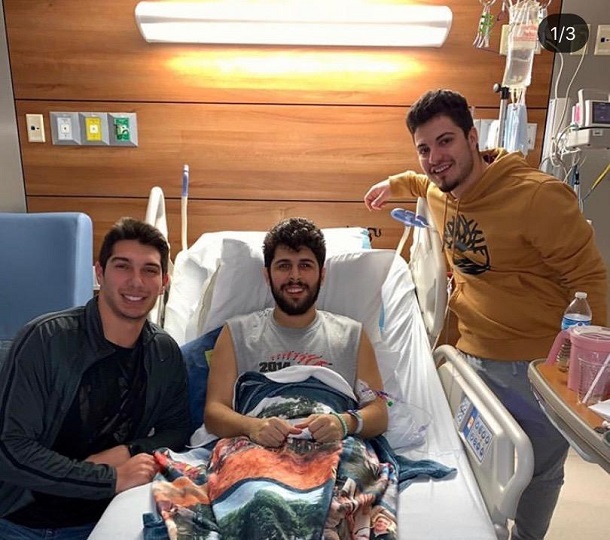 The shoulder line was no hollow excuse. Mann had recently had shoulder surgery and he was admittedly out of shape because of it. Because of that, he didn’t give it too much of a thought.
The thought process began to change in the days ahead. And it began to change on the slopes.
“I went skiing a week later and usually I can go up and down the mountain with no problem at all,” Mann said. “This time I was struggling. I was really struggling.”
Eventually, he got sick. He was throwing up and generally feeling miserable.
“I thought I had the flu or something going around,” he said. “I started feeling better from that, but eventually I was just completely worn down.”
The fatigue eventually was enough to allow him to know it wasn’t normal.  It was eventually enough to get to a doctor. And it was bad enough to eventually reveal something no one wants to hear. Hunter Mann, age 23, had Leukemia. 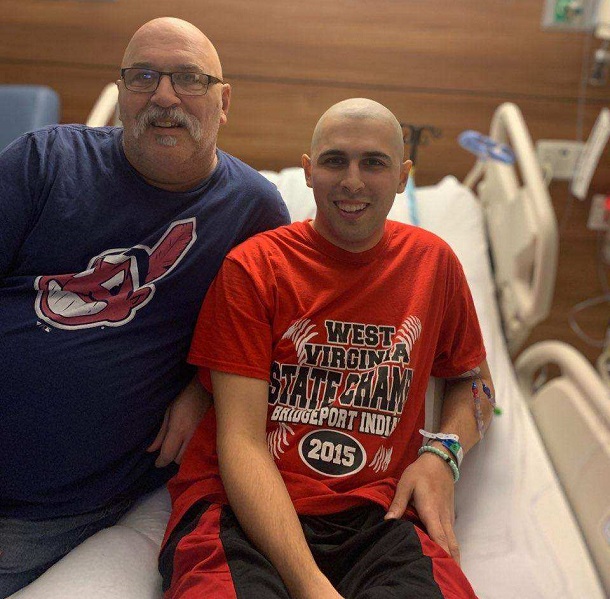 After the initial shock and before learning what kind of Leukemia he was facing, Hunter Mann had already made up his mind. It’s a mindset he’s still using today.
“In all honesty, it has set in that I have Leukemia, but it’s still new to me. I guess that’s because even though it’s set in, I haven’t let it set in if that makes any sense,” Mann said. “Basically, I’m not going to let it get the upper hand and dominate my thoughts. I’m going to stay positive, keep fighting and get back to being healthy.”
Mann got good news on Jan. 22. At that time, doctors informed him that he was dealing with ALL Leukemia B Cell. Without going into details, if you have Leukemia this is the diagnosis preferred and the one the Mann family was hoping to hear.
“It was awesome that it came out to be that way and not any other form,” said Mann. “This is about the best-case scenario you can expect.” 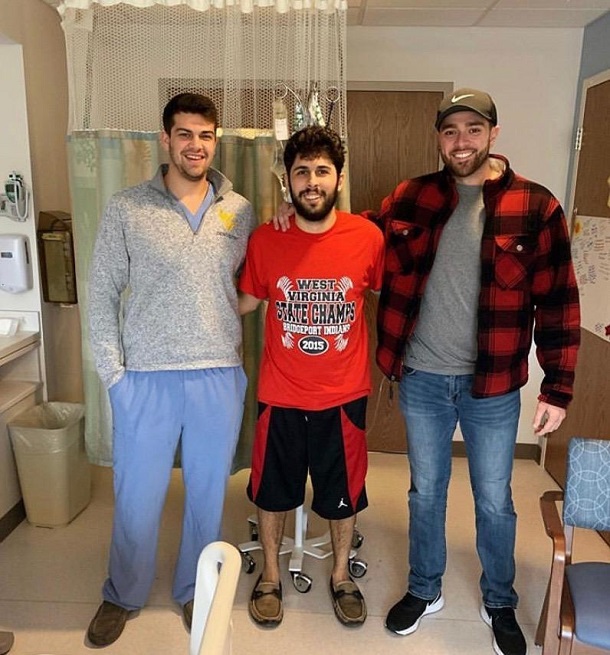 Yet, even before that word came down, as soon as word got out he was staring down cancer and ever since the official diagnosis of ALL, Hunter Mann was winning the battle even beyond his own personal resolve. And he knows why.
“The support I’ve received from Bridgeport and everywhere else is amazing; it’s truly amazing. I get texts, messages, visits, phone calls … you name it and it happens. The support is constant, and it hasn’t slowed down,” said Mann. “I’m getting support from people I don’t know.”
Mann said he realized just how deep people cared when reading a GoFundMe page that was set up to raise $10,000 to help with the battle that will be last for a few intense months. The goal was shattered and has already surpassed $16,000 (Click HERE if you would like to assist).
One of the donations came in for $300. Hunter Mann didn’t recognize the name.
“There was this message and it was along the lines of ‘from one Hunter to another Hunter’ and he said he didn’t know me, but wanted to help,” said Mann. “That blew me away.  It’s all blown me away.”
The message was from Hunter Mobley. 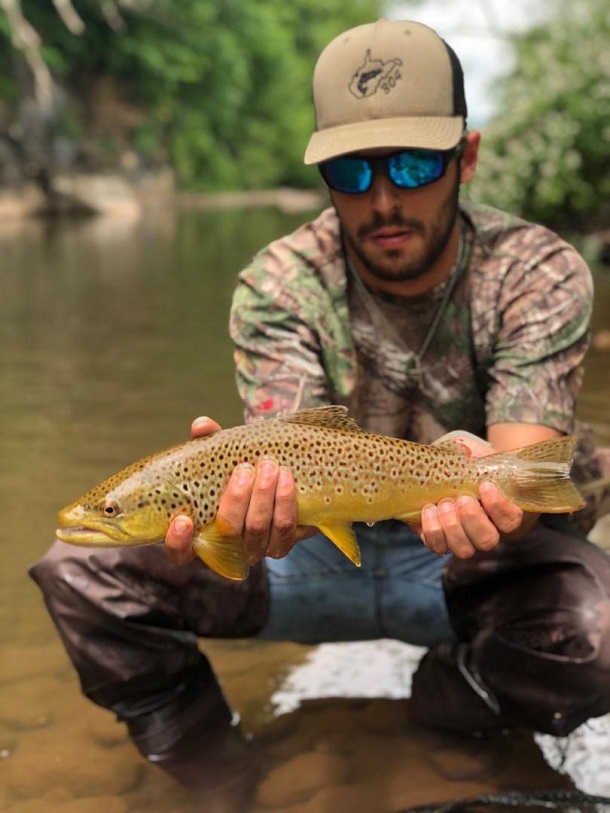 He has friends that work in Morgantown; at Ruby Memorial where Mann is being treated. They stopped during his hospital stay and ate lunch with him at least once a week.
His past coaches have visited including Robert Shields, Mike Robey, Vernon Louk, Zip Shearer (travel coach), Phil Caruso (Fairmont State baseball coach), Gooch Holbert and more.
Jewel City Church and their pastors have been regulars as well. They visited during Hunter’s stay on roughly a half dozen occasions.
“My friends, I can’t say enough about them. They’ll help me at the drop of a hat. Honestly, it’s amazing that there’s help and kindness everywhere I turn,” said Mann.
And, of course, there’s the family – Mike and Debbie Mann and his brothers and all those bound by blood.

“My family has been incredible. When I came home, everyone came over and got me set up. Anything I need, they’re there. The big thing to me is I know they are there,” said Hunter. “Family has always been a big deal, so I’m not surprised.”
Anyone that knows the Mann family isn’t surprised in the least to hear that.
From day one, from second one, they did what good people do for one of their own. The Mann family stepped up and let Hunter know that if no one else would be there, they were. And they have been. The super positive news is there’s an army of people with the Mann family.
“For people that don’t think the support has helped, know that it has helped. It continues to help, and I’ll continue to need it,” said Mann.
When Mann and I talked Monday, he was feeling pretty good. He was coming back from Morgantown after dealing with low platelets. It’s part of a regular three-day-a-week journey that saw him come home Jan. 29, faster than anyone ever has, according to his father Mike who talked with his doctor.
He still goes to Morgantown three times a week to check his platelets, do bloodwork and weekly chemotherapy. It’s all part of a progress for a 29-day period to put his Leukemia in remission.
After that period, he’ll get another bone marrow test to determine how to schedule his future. While he should be out of the woods, maintenance begins on keeping the disease in check.
“It’s a three-year process where they check me to make sure after this first month the Leukemia is killed off with checkups and a chemo treatment here and there,” said Mann. “It’s been rough at times, but I feel pretty good.
“A lot of that is the community getting behind me. Again, I can’t thank everyone enough,” he said. “It’s truly helping to know so many people care. I just want to let everyone know how much I appreciate them and plan on beating this back with their help.”
The good news is Hunter Mann is winning. The better news is this has all the earmarks of giving cancer a knockout.
Editor's Note: Top three photos shows family and friends with Hunter during his time in the hospital, including the middle photo with father Mike shaving his dome clean. Bottom photo shows where Hunter plans to be soon as he gets the upper hand on Leukemia. Photos courtesy of the Mann family.